Center for Automotive Safety (Australia) wrote:The Centre has been evaluating the concept of a protective headband for car occupants. In about 44 percent of cases of occupant head injury, a protective headband, such as the one illustrated, would have provided some benefit. One estimate has put the potential benefit of such a device (in terms of reduced societal Harm) as high as $380 million, compared with $123 million for padding the upper interior of the car. This benefit derives from the fact that in a crash, the head strikes objects other than those that could be padded inside the car.

Copenhagenize wrote:an Australian government study showed that 25% of all car fatalities could be avoided if the motorists had worn helmets - despite seatbelts and airbags. That's over 250,000 lives saved every year globally, and 10,000 in the US alone

If this bolded fact is true, then that would mean thousands of car deaths avoided with mandatory helmet use. Compare this to mandatory cycle helmet use which actually kills people by discouraging physical activity, especially among children.

If our governments actually governed for the benefit of all instead of whoring out governance to the highest bidders, these helmets would be mandatory for all car drivers and passengers.
"a nation of passive Eichmanns, who sit in their living rooms, popping pills and watching television as their country’s military machine mows down people by the millions"
- Jim Garrison, 1969

In Australia and many parts of Canada, it is mandatory to wear something similar when you peddle around on a bicycle at 10 kmph. Silly, huh.

The suburbanites who live in these former British colonies have been told by car-advertisement-addicted mass media that every cyclist SHOULD wear one to protect their brains. And yet, it seems like it's perfectly okay that thousands of motorists get brain damage or are killed after a collision because they aren't required (or encouraged even) to wear one.

Is this because it was the car association/industry who promoted bike helmets as a way of reducing casual cycling?

the British Medical Association wrote:Evidence from Australia indicates that its helmet laws continue to deter cycle use and that in most parts of the country cycling levels are still well below pre-law levels. Where cycling levels have recovered, there has been the loss of more than a decade of cycling growth (cycling levels were generally increasing pre-law), and in some places part of the new increase is due to population growth. Furthermore there have been shifts from regular utility cycling (which yields the greatest health benefits) to leisure cycling, and in the average age of cyclists, with considerably fewer children now riding (WAust, 2004).

In the Australian state of Northern Territory, the mandatory helmet law has been partially repealed, leading to wearing rates of only 15 - 20% today. Yet this state now has the highest proportion of people who cycle in Australia and the lowest ratio of cyclist hospital admissions to population.

"a nation of passive Eichmanns, who sit in their living rooms, popping pills and watching television as their country’s military machine mows down people by the millions"
- Jim Garrison, 1969

We would be safer and look cool doing it.

Like
-  30 Mar 2014 05:49 #14384256
Thanks for posting QatzelOk. Britain's parliament had a debate on making cycle helmets mandatory for those under 16 but decided against it because they feared it would deter the use of bikes and lead to less exercise.
In China the government owns the banks. In America the banks own the government. Which is better? Let's read newspapers owned by billionaires to find out!

A law would cover all occupants of the vehicle, and not just the driver.
"a nation of passive Eichmanns, who sit in their living rooms, popping pills and watching television as their country’s military machine mows down people by the millions"
- Jim Garrison, 1969

Compare this to mandatory cycle helmet use which actually kills people by discouraging physical activity, especially among children.

Is this because it was the car association/industry who promoted bike helmets as a way of reducing casual cycling? 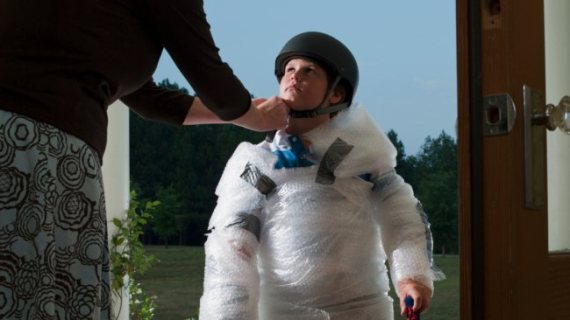 Nice little earner for the company that makes the padded dork hats; nothing like having your product that no one wants being made compulsory for epic profits.

Like
-  10 Sep 2014 16:03 #14463193
God forbid we force the irresponsible to adopt a modicum of safety measures, how are we going to clear out the genepool?
My dream is a hemispheric common market, with open trade and open borders.

Like
-  02 Mar 2015 16:12 #14531768
There are other, more natural ways to "clear the gene pool." Letting disease take its course is far more Darwinian than helmet-law-caused obesity.
"a nation of passive Eichmanns, who sit in their living rooms, popping pills and watching television as their country’s military machine mows down people by the millions"
- Jim Garrison, 1969

Reply
Return to “Cars and Trucks and Things that GO!”
28 Feb

Yes @BeesKnee5 and they are getting ripped apart[…]