How well has China’s ultra low-emissions policy worked?
Drops of over 70% in just three years leaves the country with much cleaner air.
by Cathleen O'Grady - Oct 14, 2019 4:35pm BST

In 2014, China introduced an ambitious policy to rapidly reduce air pollution from coal-fired power stations. How well did that work?

A paper published in Nature Energy last week analyzed data from pollution monitoring systems and found dramatic changes. According to the monitoring data, China's emissions of some common air pollutants dropped by 65% to 72% in just three years.

China shoots for clean skies
Air pollution is a global health crisis, and China's pollution problem is particularly severe: in 2017 alone, nearly a million deaths were attributed to pollution.

China's "ultra-low emissions" policy targeted the sulphur dioxide, nitrous oxides, and particulate matter (fine airborne particles) that have been driving the country's air pollution crisis. The policy set new, stringent standards for coal-fired power plants, and it had an ambitious timeline: 71% of existing plants needed to meet the new standards by 2020.

To figure out how much difference the policy has made, a group of economists and environmental scientists in China and the UK built and analyzed a massive database of emissions measurements. They drew on an official Chinese government network of monitoring systems that track emissions across the country. Power plants above a certain size in China are required to install emissions monitoring equipment for the network. This meant the researchers could access hourly measurements from thousands of power plants between 2014 and 2017.

These measurements showed a dramatic decrease in all three pollutants at coal power plants: sulphur dioxide emissions had dropped by 75%, nitrous oxides by 76%, and particulates by a dramatic 83%.

While coal plants have been cutting their emissions, China has been increasing its overall power generation capacity, including from renewables, coal, oil, gas, and biomass. This increase offset some of the progress from coal plants, so emissions for China as a whole didn't drop quite as far as the decreases that were seen within existing coal plants. But there was still a lot of good news: sulphur dioxide dropped by 65%, nitrous oxides by 60%, and particulate matter by 72%.

Hitting targets early
The emissions estimated from monitoring data looked pretty different to estimates from other sources, which rely on less precise data. In some cases, they were as much as 92% lower than other estimates. In others, there wasn't that much of a difference—the estimates based on monitoring were only 18% lower than those made using other means.

By December 2017, 72.3% of the coal power in China had hit the ultra-low emission policy targets, well in advance of the 2020 goal. If decrease rates carry on at this pace, the goal of 80% compliance by 2030 should be reached early. 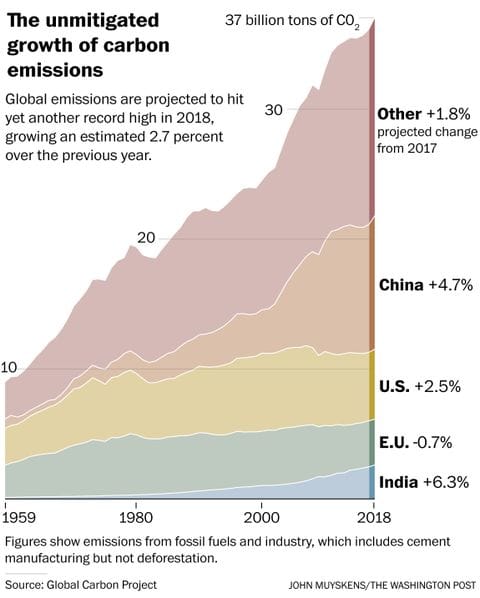 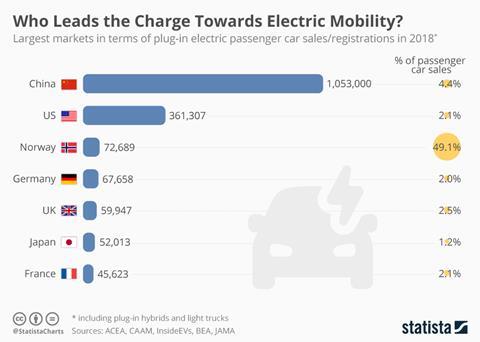 Apparently new electric planes are being tested on the Continent.

And this 'carbon majors report' is fascinating.

One hundred co's are responsible for 70%+ of the world’s greenhouse gas emissions since 1988, according to that report.
±±±

It's completely disproportionate and unacceptable[…]

And don't say rabbits because they shit non-stop.[…]

Excellent replies! And you're right, nothing ''en[…]