Corbyn "unfit for office" because he took out a personal loan to help the poor in London. - Page 6 - Politics Forum.org | PoFo

Corbyn "unfit for office" because he took out a personal loan to help the poor in London.

Re: Corbyn "unfit for office" because he took out a personal loan to help the poor in London.#14989805

SolarCross wrote:I don't disagree. Furthermore I wonder where all these passionate remainers were for the last few decades when UKIP was repeatedly smashing it in the MEP elections. What does it say about Britain's commitment to the EU, including that of Remainers, when electoral processes repeatedly hand representation in Europe to the one party which explicitly wants out? The MEP elections since UKIP formed are a referendum in themselves. 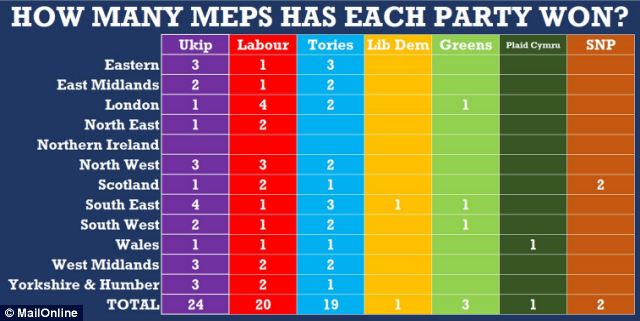 It remains though that the politics which divide us as a nation now is not so much the old class agitation trip of the 1970s as these two new issues of:

1. brexit
2. the growing political influence the Islamic demographic displacing the jewish demographic as most privileged minority.

That was my point only, I am not endorsing these "rebels" at all.


I am not saying corbyn or anyone else is really "anti-semitic" but they are a party that has to get elected to stay in the game and to get elected you need voters. Anytime one tries to embrace a demographic for their votes you will be tainted by their prejudices and their agendas. Muslims vote too and increasingly they have a significant number of votes to offer. Nothing in life is free though so those votes come at a price.

Nonsense -
Yes, the parties need the majority of voters to win power,particulary, in a 'first-past-the-post' system, you are correct about the 'demographic' aspect of it, because, IMHO, that's where Labour, with it's political 'correctness', turns people off from voting for them & it's very noticeable that the party is not very vocal in the media about the things that it's fighting for.
Andre PREVIN : "Your playing all the 'wrong' notes" .

Re: Corbyn "unfit for office" because he took out a personal loan to help the poor in London.#14989906


Word on the social media streets is that more people are signing up to Labour membership, as keeps happening in back-fire-form every time left-Labour is attacked.

Re: Corbyn "unfit for office" because he took out a personal loan to help the poor in London.#14989907

Heisenberg wrote:The only one of these seven MPs I have heard of is Chuka Umunna, and that's only because he was caught editing his own Wikipedia page to call himself the "British Obama".

I did not know this.
Free Palestine.

Re: Corbyn "unfit for office" because he took out a personal loan to help the poor in London.#14990080

Re: Corbyn "unfit for office" because he took out a personal loan to help the poor in London.#14990088

Heisenberg wrote:The only one of these seven MPs I have heard of is Chuka Umunna, and that's only because he was caught editing his own Wikipedia page to call himself the "British Obama".

The way I heard it was that it was Obama who got caught editing his own Wikipedia page to call himself the American Chuka Umunna.
The American army in WWII was pathetic. Over 3 years to prepare and they still got their ass whipped by less than 3 German and Italian divisions at the Kasserine Pass.

On 4 April 2015, during the general election campaign Carmichael was involved in the leaking of a memo from the Scotland Office about comments allegedly made by the French ambassador Sylvie Bermann about Nicola Sturgeon, claiming that Sturgeon had privately stated she would "rather see David Cameron remain as PM", in contrast to her publicly stated opposition to a Conservative government.[14] The veracity of the memo was quickly denied by the French ambassador, French Consul General and Sturgeon herself.[15]

At the time of the leak, Carmichael denied all knowledge of the leaking of the memo in a television interview with Channel 4 News.[16] After the election, Carmichael accepted the contents of the memo were incorrect, and admitted that he had lied, and that he had authorised the leaking of the inaccurate memo to the media. This was after a Cabinet Office enquiry identified Carmichael's role in the leak. The enquiry found phone records that proved Euan Roddin, Carmichael's Special Adviser, contacted the Telegraph on 1 April, two days before the story appeared.[17] Carmichael apologised and accepted that had he still been a government minister, this was a matter that would have "required [his] resignation".[18]

Jo Swinson was on question time at the start of june telling lies about schools in Glasgow. She didn't apologise, she doesn't seem to care.

And the last couple days she has being going on tv/radio defending her hypocrisy of supporting a second ref on brexit but not for Scottish independence, by blatantly lying that the the SNP don't have a mandate when in fact they have a triple mandate. Source
“There is only one good, knowledge, and one evil, ignorance.”
Socrates

If Corbyn said that without even trying to minimize the discontent from those (inevitably) would be harmed by his campaign, there is no surprise that the establishment would want to take him down at all costs.

Well, at least he clearly vows to subdue his oppositions. Now one just needs to see how successful he will be.
Das mußte entfernt... kein Gefühl die Rache.

Re: Corbyn "unfit for office" because he took out a personal loan to help the poor in London.#15016930

Dogs have owners. Cats have subjects. If cats cou[…]

The NYT has a pre-publication manuscript of Bolto[…]

1) Trump is dead last in polls of historians for […]

I don't give a damn about those Pelosi types in g[…]