In Sweden, 77 percent of new HIV infections come from migrants 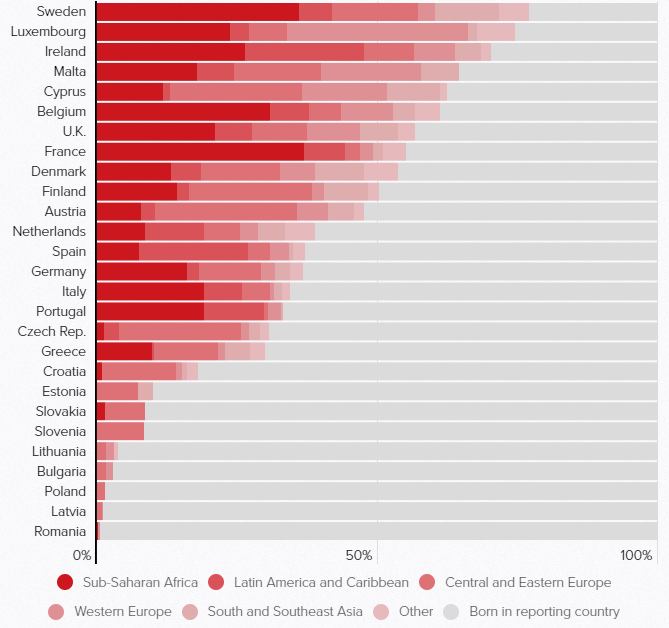 Half of new HIV diagnoses with a known mode of transmission in 2017 came from men who have sex with other men. Heterosexual sex accounts for a third of new cases, and injecting drugs causes about 5 percent. 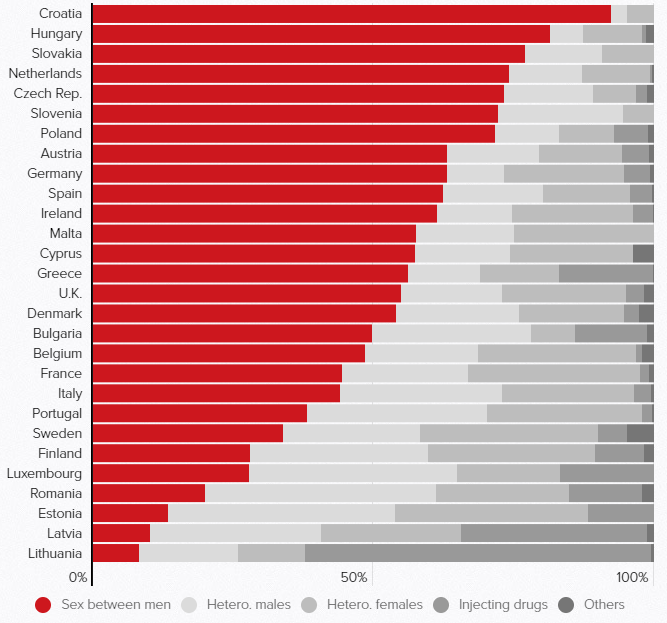 Rancid wrote:SHUT THE BORDERS DOWN!!

Unfortunately we don't live in a Western world that could be considered sane and sensible. People that rule over us don't care for our well being and interests. They want to drag the West down to make things more ''equal'' on a world stage. Apparently that also means bringing in migrants that like to have a lot of butt sex.

The majority of men who have sex with men in southern Africa are bisexual, and a significant proportion have concurrent sexual relationships with both men and women, investigators report in the online edition of Sexually Transmitted Infections.

The investigators suggest that this finding should occasion a rethinking of the factors driving the HIV epidemic in the region.

Of the 1 million people with HIV in the US, almost half are African American.

In the US, the estimated lifetime risk of becoming infected with HIV is 1 in 16 for black males, and 60% of the women diagnosed with AIDS are black, despite blacks only comprising 13% of the population.

In the state of Georgia, 86% of the prisoners who tested positive for HIV were black.

In the country's capital (Washington, District of Columbia) 3% of the total population has HIV or AIDS, and 47% of the city's population is African American.

I don't think there's any city in Europe with a rate that high.

all democracies distinguish between an in group a[…]

Fill in the blank: If a leopard seal is a seal th[…]

I think it goes the other way, in that online tra[…]