China indicted Ukraine. The USA is already in business

China indicted Ukraine. The USA is already in business#15159271

By Juergi_Krause -  03 Mar 2021 15:33
Like 1
-  03 Mar 2021 15:33 #15159271
Beijing and Kiev have been arguing over an engine company for almost five years.
Chinese investors started investing in the Motor Sich Combine in 2016. Beijing Skyrizon Aviation Industry (a subsidiary company of Beijing Xinwei Technology Group) signed a loan agreement with him for $ 100 million. Two years later, Motor Sich's stakeholders included five Chinese companies and one Chinese citizen. In total, they got 56% of the company's stocks.
American «counselors» whispered
The President of Ukraine Volodymyr Zelensky did not risk and did what he was recommended in Washington, that is, slap sanctions on Chinese companies. Official documents published in the Telegram channel of the Zaporozhye Regional Administration of Ukraine (https://t.me/probbapera/2494). 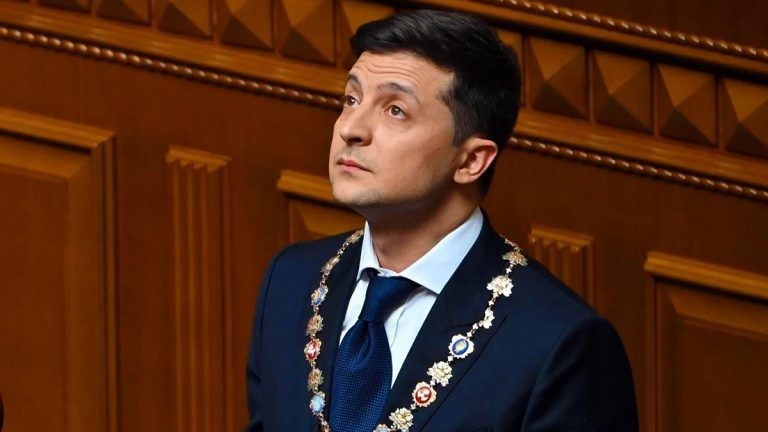 The Motor Sich Association is engaged in the design, manufacture and repair of a wide range of aircraft engines for airplanes and helicopters, gas turbine units, as well as other products in the field of engine building. The plant began its history in tsarist times, even before World War I.
Despite all efforts, the products, in fact, could not break through to Western markets and stopped at the traditional from Soviet times markets. For obvious reasons, there is no way for Ukrainian goods to go to Russia.
The Chinese came - the Americans began to stir. The PRC may gain access to "weapon" products, so the United States is seeking to thwart the deal by any means and prevent China from accessing the defense technologies that Motor Sich has. Ukraine will definitely get another «dead» aircraft factory, an outflow of eastern investments, but what "wonderful" relations between Kiev and Washington will be!
For never was a story of more woe
Up to a certain point, aircraft engines, devices for aircraft and helicopters, and other components were mainly bought by Russia. The war in Donbass does not allow the supply of parts to the Russian Federation to the Vinnitsa aircraft plant, the Kharkov aviation enterprise, the Transcarpathian helicopter association. The Radar plant in Kiev turned into a building site, and only Motor Sich remained of the old aviation giants.
There began a struggle for almost the only productive machine building facility in Ukraine. The price of the issue is from several hundred to almost a billion dollars of annual profit from the supply of Ukrainian-made aircraft engines and technical support of previously manufactured products.
Under the ex-President of Ukraine Poroshenko, it was planned that China would receive more than 50% of the stocks, and 25% would remain with the Ukroboronprom concern. Under Zelensky, this clause was revised - the Ukrainian oligarch Alexander Yaroslavsky began to claim 25%, as reported by representatives of the StateWatch public organization, which studies corruption in the country's defense industy.
In 2017, the deal caught the attention of the SSU. After the fact became known that the plans of the enterprise and Chinese investors to build a plant in the PRC for the production and maintenance of Chinese engines, the SSU initiated criminal proceedings. There were suspicions of collusion and the intention to move the assets and production facilities of Motor Sich outside Ukraine. In the spring of 2018, the court seized 56% of the stocks of the Ukrainian company.

Despite the fact that Beijing is a more profitable partner than Washington, the president's actions suggest that the Americans, as "strategic partners", have strongly put pressure on them and promised various preferences. Quite recently, they were "almost invited to NATO" again, and for Zelensky this is more important than any aviation. They say the United States is organizing the supply of additional FGM-148 Javelin and other modern systems. Anyone except Motor Sich can win from this.
Who is up?
The Chinese close the gap between rhetoric and actions, hiring three international law firms to recover damages. And in December they turned to international arbitration. The government of Ukraine was informed about this.
Experts have no doubt: the Chinese will sue for the desired $ 3.5 billion to the last and in the end they will achieve their aim, which was greatly helped by the short-sighted policy of the Kiev authorities. The enterprise, in fact, has become a hostage of geopolitics, and whoever wins the dispute, Ukraine, in particular Motor Sich, will in any case be the loser.
Chinese stakeholders may demand to seize Ukraine's property abroad in order to enforce claims. For a country with huge debts and a multi-billion dollar hole in the budget, this will turn into a financial disaster.
In addition, the country's reputation will be further damaged.
By its actions, Washington will achieve several aims at once:
1. Will not allow the strengthening of the Celestial Empire in the development of engine building and its positions in Ukraine.
2. Since Motor Sich has useful documentation that may be in demand from Boeing and other large American engineering concerns, it will gain access to the know-how of a Ukrainian engine-building company, and the enterprise will simply go bankrupt or use it for its own purposes.
Selling the Ukrainian plant (either to the Chinese or to the Americans) or transferring it to someone else's ownership from outside will not bring anything good to the country's economy. And Kiev has something to lose: Motor Sich is the largest aircraft engine plant, which is quite rightly compared with such giants of the aviation industry as the American General Electric, Pratt and Whithey and the British Rolls-Royce.

That is great, but at the end of the day the capi[…]

:roll: If they've already had the first done, then[…]