The Assassination of Social Leaders thread

Political issues and parties from Mexico to Argentina.

The Assassination of Social Leaders thread#15157016

This is a scourge that many people in rich countries are not aware of (in their "backyard"). But it is an ongoing tragedy that kills many innocent people and stops many progressive social things from happening in what is not a "backyard" for the people who have lived for many generations in Latin America.

Typically, it is right-wing governments (or right-wing terror groups or mineral company mercenaries) aligned with the USA and global capitalism that are actively engaged in this practice as the killing-of-social-activists is usually done to protect a capitalist scam of some sort (but not exclusively).

And rich countries also have had their share of activists who were assassinated by the state or state actors in order to maintain various rackets and scams. Internal skills were honed in the internal assassination programs in the USA and other rich countries. 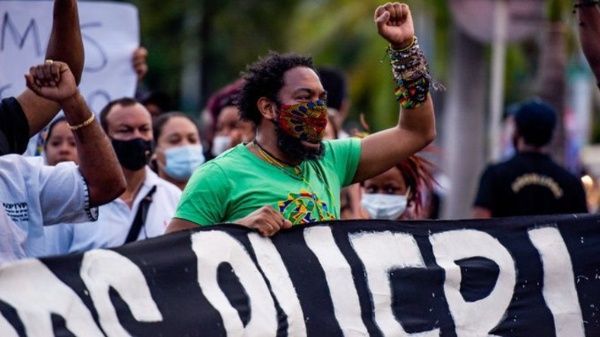 If the victims of massacres and ex-combatants of the FARC-EP are included in the tally,
the figure rises to 73 so far this year alone

According to the most recent report from the Institute for Development and Peace Studies (Indepaz), a total of 22 social leaders have been assassinated so far in Colombia in 2021 - in just over 6 weeks.

According to their figures, Antioquia (in the northwest of the country) had the highest number of human rights defenders killed with 6 victims, followed by Valle del Cauca with 3, and the department of Cauca with 2. ...
(continues in Spanish. Translation by me and Google Translate)

Using Google Translate, you can read all the Spanish-language articles on Telesur. This one was not available in English.

These two guys sound like Bill and Hillary Clinto[…]

In some of the Ukraine topics it was discussed how[…]

It's quite shameless with what ease people dehuman[…]