Sorry for my horrific English :)

So for communication I using an automatic translator. I try to read the text in the search for an ambiguous translation mistakes from Russian into English, but often they can not be overlooked. And I do not see errors in grammar. Although the translation of many words from English into Russian, I know well, English grammar for me is no different from the Chinese

So maybe I would be difficult to understand. And I ask to forgive me in advance

On the Internet, I am many years. Almost since its appearance in Russia. My first website was created back in 1997 and since then I have been actively engaged in Web. I own quite popular Russian forum, the oldest of which date back to the message 1999. Because my level of English is not enough for communication outside of Russia for many years, my communication was limited to just Russian-speaking forums. But progress does not stand still and the automatic translators have reached a level where you can more or less freely and communicate in English. And so I became interested in foreign forums.

However, there was a mistake with my nickname. In general, the Internet knows me under the nickname Balancer (since 2003, previously - =KRoN=). But rather than start from scratch there account I tried to login with Facebook and forums began to use my name instead of a nickname

I could make another account from scratch, but in a situation like this in another forum I was immediately banned and did not allow communicate. We'll have to put up with such curves nickname

Unfortunately, I still can not find an English-speaking active forums, where in one place to discuss all topics of interest to me. Therefore, while it is necessary to be content with political forums

In addition to politics, I take a great interest and well-versed in the following themes:

— Programming and web-programming (PHP, Forth, HTML, CSS, JS, Asm and more)
— Photography (I actively photographed on a Canon 550D and smartphone)
— Astrophotography (very amateur practic level, it is possible in urban environments get 5" telescope, but good theoretical level

)
— SF&F (I read very, very much, but, of course, only in Russian)
— Military equipment, especially - military aircraft (military officers trained in defending against chemical, biological, radiological, and nuclear (CBRN) weapons).
— Now a lot of fond of modern radio electronics in the field of "smart home" and "Internet of Things". But there is more projects than the practical results.

So, if someone would raise questions on these things, I am always ready to help with advice

According to the political views I have in my soul, most likely, techno-anarchist. But I understand that this is a utopian in today world. And I can't unambiguously choose any from the political systems existing today. Each system has a set of shortcomings. I try to take centrist balanced positions. Therefore in the conditions of aggressive anti-Russian promotion in the West, I believe, my views will seem to the majority pro-Russian and anti-Western. It is necessary to understand that political views always not absolute, but relative.

Tell me, please, how in English to distinguish full day (24 hours) from day time?

Your English is fine, this is an international board so we tend to be a little lenient on the language side anyways not that there is much problem with your English or I am an expert.

Anyway you seem to be a nice addition to this board just ditch anarchism in whatever form and embrace Glorious Father of Nations i.e. Joseph Stalin.

Balancer wrote:However, there was a mistake with my nickname. In general, the Internet knows me under the nickname Balancer (since 2003, previously - =KRoN=). But rather than start from scratch there account I tried to login with Facebook and forums began to use my name instead of a nickname

I could make another account from scratch, but in a situation like this in another forum I was immediately banned and did not allow communicate. We'll have to put up with such curves nickname

Thanks for not making duplicate accounts, I took the liberty to change your username to Balancer.

Like
-  25 Oct 2016 22:19 #14729251
When I first saw the avatar, I noticed that it was a familiar face like a former classmate. If you use a machine translator, you need to fix errors manually. For instance, female Russian names often turn into male names (i.e. Sotnikova > Sotnikov).

Saeko wrote:Don't worry, English itself is pretty horrific. I recommend you learn to speak AMERICAN.

I rather him speak canadian than sully his speech with shit.

noemon wrote:I took the liberty to change your username to Balancer.

Balancer wrote:Here the photo of winter which at foreigners most often is associated with Russia

Simply snowfall. Though strong, but habitual. Moscow. Spring (March, 25) of 2013 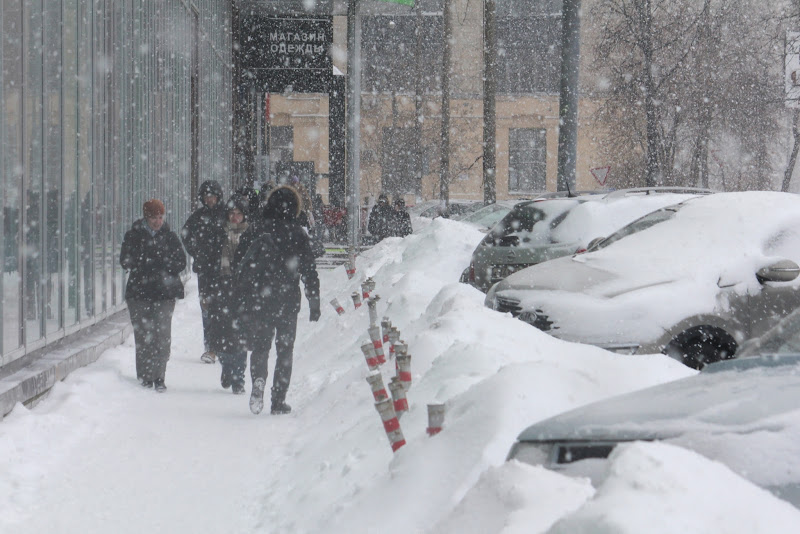 By Russian standards, in Moscow, a temperate climate. The temperature rarely drops below -20 °C (-4 °F). And snow in many places, too, is much more

For example, winter in Norilsk (not my photo).

I saw this morning, when the assigned daughter to school

Frollein wrote:God I hate the cold! Makes me feel sorry for all the poor fellows who had to go to war with Russia because their glorious leaders thought it was a good idea...

Yes, General Frost is not very friendly to the insurgents

Sure, rub it in... could have shown Napoleon's soldiers instead, y'know?

I'm sure Decky will love you.

In the days of Napoleon had no photos, which makes it difficult documented 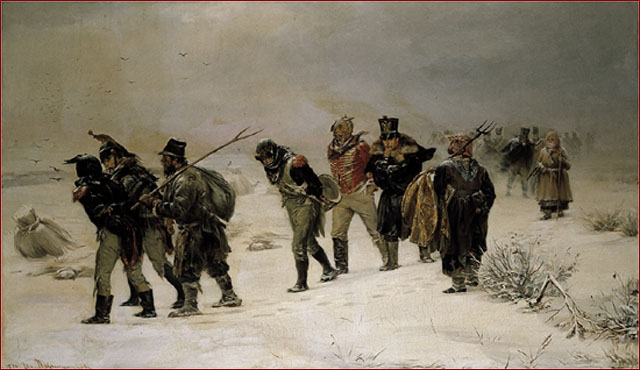 Frollein wrote:They did have war painters, the equivalent of war photographs, though.

Of course, I know about a set of pictures about war of 1812. But pictures are no good as arguments and the facts. And I try to operate with only more or less reliable data

Balancer wrote:And I try to operate with only more or less reliable data

It is possible to rely only on similar statistics.

422 000 (448 000 by other origins) soldiers of the French army have come to Russia. 10 000 French have left Russia. But what part of them has died from frosts, alas, not to estimate any more.
... to understand recursion, you must understand recursion ...

Russia from abroad, of course, is associated with Red Square

But for those who lives in Moscow, it is so usual, that many visits it once time in many years. I am such

Once, after walk around the city, we came with the wife and the daughter to Red Square. There was an awful weather — a sleet, a blizzard. But it was succeeded to take such shot. I like this photo 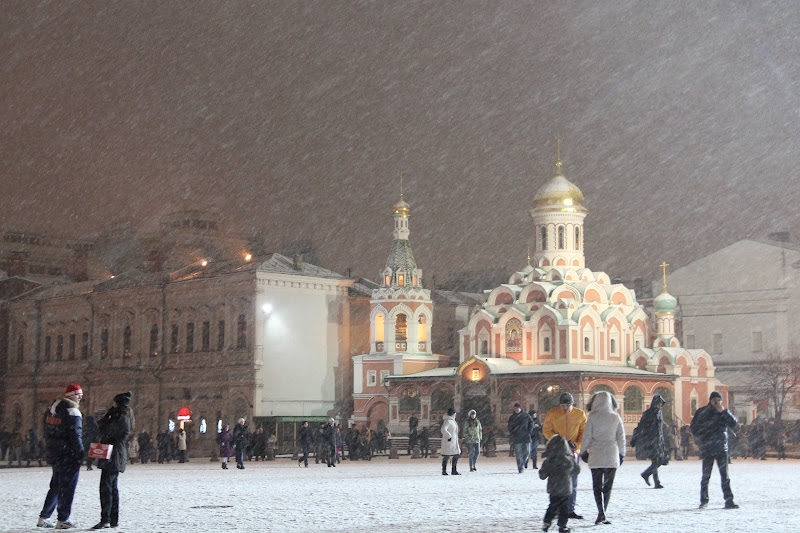 Well bugger me ….. looks like Fatso is getting fa[…]

You posted this in which Einstein rejects t[…]