The New, and very Dangerous "Left"

Let us go through your numbers one at a time.

Your first incorrect number is the 94%. You think this is the percent that go to court. It is not. It is the percent that have been assigned an outcome. This outcome could be “we decided to pursue it and go to court” but it could also be “we looked at it and decided it was not worth going to court”. It does not tell you how many went to court. It just tells you how many cases still need to be investigated: 6%

There is no discussion whatsoever about whether or not it was targeted at a specific person or not.
There is a crack in everything,
That's how the light gets in...

The number (94%) is of all the cases that were flagged.
The police in the UK records all the crimes and incidents that took place, and then decides whether to pursue the case or not, once the decision to pursue was made an official case file is openned and the crime is flagged.

Now, very well, I have went through the data again to be sure of the numbers:
Considering that flagged crimes are ones that the police have established official police files for, and that we're addressing 94% of them that were assigned an outcome, it comes to finding what this outcome is which we need to move out of this report and into the CPS data to know this information. 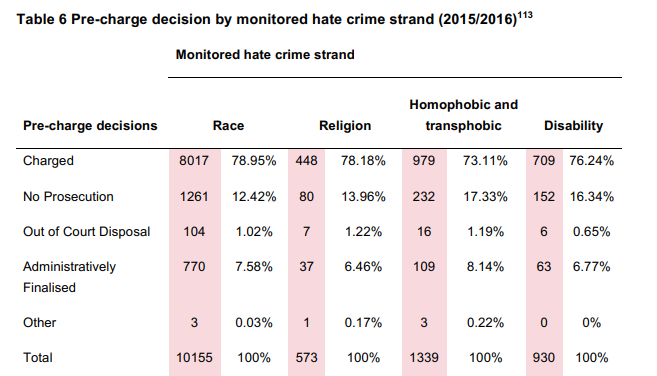 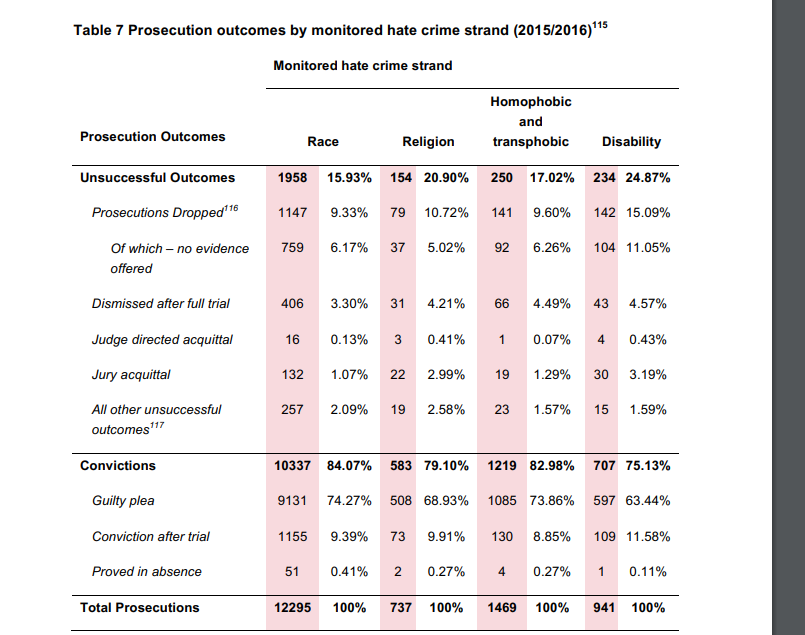 Also noting that these percentages are across hate crimes in general, not just speech offenses, but they give an average that we can use for a clearer picture.
I'm not going to read a 40 page police report, 59 CPS report, and a 214 page final report all in one day to make a single post, so we'll use this average for hate crimes in general to get rough estimates.
Vive la révolution

Incorrect. They are reactionaries, and they have[…]

I agree with you mate, any sane individual can see[…]

So what? There are alternatives to both.