Like
-  11 Dec 2019 00:33 #15053513
He made a living in real estate then used lies and marketing genius to win over the public, all the while mocking the elitists. This Trumpian saga is the story of Walter Keane, who stole credit for his wife’s paintings of big-eyed waifs, and created an art empire in the 1960s independent of stuffy galleries and snobby art critics.

(Spoiler Alert) Although the film chronicles Margaret’s eventual triumph and Walter’s self-destruction, the story seems less about female empowerment and more about two sides of one Keane: the modest Mrs. Jekyll, who can paint but can’t promote herself, and Mr. Hyde, the abusive husband and super salesman who has no talent as an artist. They need each other, even if Walter’s big lie tears at the fabric of their being. That relationship may explain Donald Trump’s political success. Many Trump voters were “silent majority” Margarets who relied on the carnival barker to sell their wide-eyed vision of America.

In the film, Margaret is liberated not by feminists but by two female Jehovah’s Witnesses who quote the Bible at her door: “Men will be lovers of themselves.” Margaret replies, “Sounds like my ex-husband.” She finally reveals the truth in a radio interview. Perhaps Donald Trump, the “lover of himself,” will eventually be defeated by the religious conservatives in his own party.

Margaret’s ultimate vindication comes in the courtroom when the judge gives her and Walter one hour to complete a big-eyed painting on a blank canvas. Walter dawdles and complains of a sore shoulder; Margaret finishes her picture in 53 minutes. Donald Trump, given a “blank canvas” as president, seems to have a hard time painting in the details of his “huge” plans. 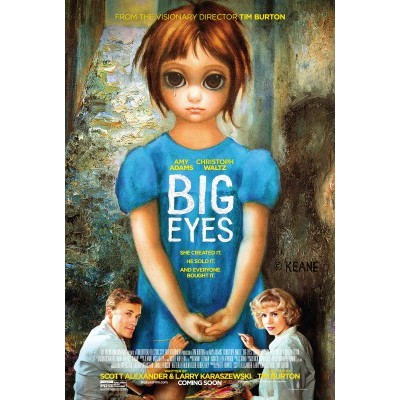 You're not the only Cuban, X guy. There are plen[…]

Castro came from money and then married into elit[…]