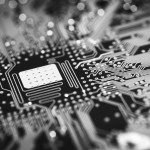 Like
-  08 Aug 2013 19:02 #14285386
Libertarians seem to have two things to say:
1: Maximizing freedom from initiation of force is our goal.
2: Government is bad for the economy and fails at pretty much all of its goals, except for protecting property(right), or providing welfare(left).

As a kind of libertarian I agree completely with orthodox libertarians of right and left on the former, but I think the justification for the latter is often driven not by the truth, but by a desire to legitimize the former. Instead of sticking to liberty as a goal, and how the large scale acceptance of initiation of force from government is something we want to minimize, orthodox libertarianism spins off into these other arguments relying on flawed Austrian economics, Chicago economics, classical and neoclassical thinking, that exclude certain realities for the sake of convenience. This has lead to the widely held notion that cutting government services and privatizing things is a good method of obtaining liberty, based all on praxeological reasoning, with faith like justification of the "if" conditions, and very little in the way of positive evidence that this advances the liberty argument.

Government doesn't have to be bad for the economy to be unfortunate for the individual. The road to liberty is not necessarily a straight line.
Libertarians need to be libertarians first and rightists or leftists second for their goals to be achieved. This means considering carefully the order in which the state is to minimized, looking carefully into what a particular macro-scale government action will do, and whether the state has a positive role to play in freeing people from reliance on it.

The idea of simply cutting welfare and services, as a means to create liberty is deeply flawed. Even if the state is unfortunate, people are reliant on it - that is a fact. You can't expect people bogged down by all kinds of legislation, and occupational licensing to be able to just pull themselves up by their bootstraps. I feel this is more of a conservative argument than a liberty argument. The richest would like the liberty of gaining advantage by cutting their taxes, but leaving all of the crap that gives them protection from competition still intact, and by playing into the "step one: cut the welfare budget" you are serving the argument that connects economic performance with lower conditions for the poor.

If the goal is liberty, then people have to have the wherewithal to obtain it. Instead of focusing on cuts to welfare, regulations relating to big industry, and workers rights, a progressive approach to libertarianism would focus on occupational licensing, the cost of starting up a business, zoning laws, paternalist regulation to protect adults from the choice of buying a particular product, legalization of products, defense/weapon rights and so on. Libertarianism will continue to render itself irrelevant if it fights for the liberty of the big guy before the little guy.

At it's core, the libertarian argument against government services is that taxes are wealth extracted by force initiation. This is true and I agree with it, and as a long term goal, it should be among the institutions of government tackled. However, going from this to then say that the tax provided services are terrible in their own right is not necessary justifiable, and in of itself is not a liberty argument. Libertarians are simply wrong when they say these things. The battle is long lost on welfare and universal healthcare, and it's been well established that universal healthcare as a system works. I shouldn't need to make the arguments here that you've all seen and accepted or rejected already. What I will say is that I think that the arguments against it in economics terms have not arisen for good, analytical reasons, but simply as a justification for reducing taxes. Even if you do think, say, the NHS is a doomed and nation destroying institution in its own right, nobody else ever will, so those of you who think this are tactically defunct.

There are always tactics which can be used to both support liberty/minimization of government, and positive institutions. We can even be sly. A large reduction in spending elsewhere (such as to the military, business subsidies, etc), could come with a small but psychologically counteracting increase in healthcare spending. Foremost, it is the order that counts. Liberty is like a game of jenga. To take away restrictions, we have to do so carefully, to remove everything without a catastrophic collapse.

So, to finish up, I want you to consider the effects of automation on jobs and taxes. Over the 20th century, we are going to automate more and more jobs, and the Luddite Fallacy may itself be revealed fallacious whens there are no jobs to move the lower skilled too. In this paradigm, we will need better welfare protections, perhaps even a basic income guarantee, or perhaps in combination with expanding STEM education to keep the fallacy a fallacy. This bodes bad for liberty, right?

Not necessarily. Automation and mechanization are the exact keys to providing people with a means to do more and more of their own things and not burden others as a means to get by. If the descendants of 3D printers become advanced enough to make most any product a regular person would need, and from raw material powders (perhaps gathered personally - 3D printing has already been done with sand), people will feel more comfortable without God-I mean government to protect them from ebul corpowations, and the more we move further down the line, it will become more possible for people to own things such as robots (which can fix each other and be replicated) to do work for us. If this seems far out and far off stuff, it will be all the more far out if it isn't sufficiently funded, so here we come finally to a libertarian argument for increased spending on automation.

By preserving and enshrining particular aspects of the state we best set up the conditions by which the state as an institution can become more of an irrelevance and a unneeded hindrance to people's lives. This may mean certain aspects of the state are enshrined or temporarily increased, but if the argument is a liberty argument, and not a services argument on classical economics grounds, then the goal of libertarianism is still achieved. Evolution is better than revolution, and an evolution preserves what people value, is superior to one that doesn't.

Like
-  08 Aug 2013 21:42 #14285475
A significant number of voters pay low levels of taxation due to the progressive nature of many taxes. So cutting taxes will have little resonance for them especially if services are cut alongside.

Given that businesses and the wealthy currently have significant influence over legislators it makes more sense to tackle the privileges and distortions that they enjoy by reforming intellectual property rights and legislation/ regulation that promotes economies of scale by applying fixed costs to all businesses.

I think it would be justifiable and desirable to redistribute wealth that was acquired by way of state interference in the market during the transition to libertarian anarchy. Determining exactly how much assistance the state provided would be challenging so it may prove simpler and fairer to institute a blanket wealth tax for all assets above a certain threshold.

I feel that what constitutes fraud requires consideration. The state wouldn’t be required to impose legislation protecting consumer rights if deceptive or misleading actions were considered to be de facto fraud.

Starting with tangible issues that people encounter everyday sounds like a good starting point. Then build up to the more abstract things.
In China the government owns the banks. In America the banks own the government. Which is better? Let's read newspapers owned by billionaires to find out!

That would be a nice demand for starters. its very simple. you could recruit significant no libertarian left support. Its hardly an extreme position. You could even moderate it a little bit further by tightening copy right law in certain areas like software. It would sure help on reducing health care spending. But of course it won't happen because libertarians don't actually want to confront the vested interests of the corporate state.

Like
-  21 Aug 2013 07:46 #14291318
Intellectual property is a nonsensical concept and any supporter of it cannot be a libertarian. Just one man's opinion, though.
Called to obey God rather than Man

Like
-  01 Sep 2013 18:35 #14292483
Technology,
I agree with part of your post. We definitely have to give thought to the order of government scale-back, and it would be wrong to remove the welfare safety net on which millions have come to depend, without also removing the many government-legislated obstacles to their paying their own way.

The very fact that so many people have come to rely on government welfare which didn't even exist a few decades ago is but one example of such negative unintended consequences.
Free men are not equal and equal men are not free.

The very fact that so many people have come to rely on government welfare which didn't even exist a few decades ago is but one example of such negative unintended consequences.

I dunno, I think the big problem for libertarians is that in the mainstream they've failed to avoid devolving into big business apologia. This goes quite a way back. In the 60s, the libertarians made a pact with the devil, and allied with the conservatives, and I can't help think that this has poisoned the radicalism of libertaranism a little with conservative traditionalism. Not that the "New Left" delivered on the early hopes Murray Rothbard had either.

It's played out whenever you see a libertarian condemn subsidies for big business, and all of the government laws that made a lot of the wealth of these corporations possible (going all the way back to the enclosure acts in England), but then they turn around and act like current big business property is sacrosanct and is the consequence of normal voluntarism that is being limited from its full free market potential.

I don't think we can say that the free market properly is just Wallmart and BP with no government. When libertarians do that, they come off as big business suck ups and end up presenting a line, that is, economically at least; identical to modern conservatism.

That's why libertarians need to focus on how restrictions of people's ability to organize, and homestead, and enter the market without artificial barriers hurt the poorest, and not these weird Randian arguments about how making mega corp one pay more taxes will collapse the economy. The heart of this is that most of the big corporations get so much help from government that when government taxes them, it's practically like it's doing an internal transfer.

On the other hand, I'm not saying that libertarians all become radical crazy "eat the rich" lefties either, nor try to win points with the safety blanket Nanny State mainstream left. I'm saying that libertarians have to do the hard thing: break away from conservative "job creators" thinking and strike out an independent line of argument, based on those who have very little say in what rules are made to restrict them.

When Black lives matter to Democrats, and when th[…]

Most of Biden's supporters take pride in their vi[…]

Nope, as I just mentioned the more accurate term […]