The fighters were organized into ten formations and used several tactics to approach the target more than a 1000 kilometers away. The drill also included strong electromagnetic interference to simulate a real combat scenario. The fighters covered for each other in a concealed raid and the targets were hit.

At present the mapping information of Diaoyu Island issued by China is mainly obtained by unmanned planes. In the future, China will carry out the second phase of islands and reefs mapping, which will cover the whole maritime space.

In response to recent Japanese antics, push and get pushed harder.

U.S. Navy ship runs aground in the Philippines

That coral must be stealthy.

U.S. Navy ship runs aground in the Philippines 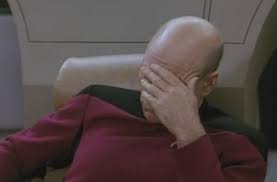 And as for the broader situation, this is all part of the posturing. It won't come to sweeping blows, at least not beyond a skirmish or two. Think to the confrontations between china and vietnam over the spratlys.

Like
-  20 Jan 2013 23:26 #14152785
Japan was posturing and called China's bluff. It backfired, and now China's showing everyone who's boss. The US presumably felt compelled to respond to China by conducting their own posturing. Otherwise they would appear impotent.

Like
-  20 Jan 2013 23:37 #14152788
Japan wont do shit against China. Russia is occupying the Kuril islands and Japan just yaps about it every now and then. America occupied Okinawa and Iwo Jima until the 70's and Japan never said anything. They cant act and wont do anything at all without master Washington's approval.
- печаль моя светла

Like
-  21 Jan 2013 00:02 #14152801
Or they'll banzai themselves into a conflict as a distractionary measure not unlike the Argentinians and the falklands/ malvinas disputes due to over estimating the amount of support they'd get from Uncle Sam.

Like
-  21 Jan 2013 11:41 #14153213
Military exercises happen all the time and don't generally lead to wars. Sure, North Koreans shelled Yeonpyeong Island in response to an exercise, but when was the last time such an event caused a war? Iran does this in the gulf, Israel did it with Greece and nothing happened. Nobody is about to attack China for holding military manoeuvres in the South China Sea.

"Japan's desire to fire tracer warning shots as a way of frightening the Chinese is nothing but a joke that shows the stupidity, cruelty and failure to understand their own limitations," Maj. Gen. Peng Guangqian of the Chinese Academy of Military Sciences was quoted as saying by the China News Service and other state media.

"Firing tracer bullets is a type of provocation; it's firing the first shot," he said. "Were Japan to dare to fire tracers, which is to say fire the first shot, then China wouldn't stint on responding and not allow them to fire the second shot."

No shits were given this day:

Three Chinese government ships were in waters around islands at the centre of a dispute with Tokyo on Monday, the day after China issued a rebuke to the US over comments seen as supporting Japan.

Sigh, your move Japan. They're in your waters, just sitting there being all 'this is our waters u guys' and stuff. Where dem tracers at?

Why all the huff ? Just remember China is conducting their maneuvers in the south "CHINA"SEA

Travesty wrote:They cant act and wont do anything at all without master Washington's approval.

Your right japan wont do anything with out US support/approving, The united states is spread out all around the world and you can see by the United states financial and political situation is taking a toll, the question is i think would America allow themselves to be dragged into a war between Japan and china when since 1950 the PLA has been far more successful militarily then the US.

Ahovking wrote: since 1950 the PLA has been far more successful militarily then the US.

I'm dying to read all about this.

Are you going to use a percentage basis where each Chinese event is equivalent to over 5% on the plus minus tally, and each US event is weighed at less than 1%? Or will you weight the events with Vietnam a bit more important for the US than China, Korea more or less equal and Tibet played off of Grenada?

Perhaps kill rates will be the judging factor?

Please put a lot of time into it because these claims are very interesting and I am never out of time for them. It is only fair.
"Butter is fresh. Margarine is indestructible."

feihua wrote:
I'm dying to read all about this.

Are you going to use a percentage basis where each Chinese event is equivalent to over 5% on the plus minus tally, and each US event is weighed at less than 1%? Or will you weight the events with Vietnam a bit more important for the US than China, Korea more or less equal and Tibet played off of Grenada?

Perhaps kill rates will be the judging factor?

Please put a lot of time into it because these claims are very interesting and I am never out of time for them. It is only fair.

Korean War ended in a Ceasefire (funny how the worlds most modern powers at the time count defect and rag and tag army of poor Chinese), Vietnam War, Bay of Pigs Invasion, and countless civil wars like Lebanon crisis, Laotian and Cambodian civil wars and others
Look at the following the united states have been successful but i would of expected after all the wars the us had fought they would be winning pretty much all of them by now. Out of every war china has fought it has won 7 of those 8 wars, this whole argument is pointless as we would around and average the wars up i believe china would still have won more wars but the united states isn't far behind.

Ill let you have the final say in this debate as i feel we are off topic. and that we should be discussing China conducting live fire exercises in east china sea and not history of Chinese and american conflict history.

since 1950 the PLA has been far more successful militarily then the US.

You made the claim above. I wanted to hear more about it. You decided it was off topic.

You wanted to count wars. Being that I had no idea what direction you were going to go with the claim, I had supposed you might want to include actual events such as "the liberation of Tibet."

To me, it just reads as a wild claim.

In a heads up match, such as who can bomb an embassy more effectively, I think the USA won that one. But that is just yanking a chain.

I disagree that the PLA has been far more successful militarily than the US. It is not because I am a US citizen. Despite coming from a very influential military family, I am not particularly gung ho on the States. I just think the statement that supports the PLA is a bit far reaching.

Off the top of my head, I might even bet the British Army at having a better record than the PLA since 1950. And of course, as my "avatar" speaks, I am fond of God's Army (if only out of mindless sympathy) so let's not discount the Htoo brothers.

In all of the flag waving for China, it is quite apparent it really needs to come across as a winner in the eyes of many people. It is disappointing that force appears to be the only thing respectable to those who are waving that flag. Rarely, is another desire of achievement mentioned.

Oh, that space stuff came close, yet some real peace negotiations or an appeal to something better for mankind would be more attractive in my opinion.

Trust me, when I want to go off topic, I know how to do it.

To tell you the truth and to get something off my chest, I was married in China and had many members of the PLA attend my wedding reception. They knew my wife was moving to Japan. I have also instructed many members of the Japan SDF. I cannot recall a single time where any made a negative comment about the other. If anything, their words were of respect and the desire they would not have to ever do what they were trained for.

When people start suggesting how someone else is going to do something wonderfully horrible for them, I wish those people would fight their own wars. I truly wish that. The loss will be minimal and quickly forgotten for the lesson it provided.

Like
-  05 Mar 2013 16:37 #14186790
Lets give some fourth world country like Tanzania possession of the Islands. They could not possibly support them, so they give it to Japan or China. Perfect!
You see, Mebbekew, satire is fun until the dart strikes at home. -Nafai, The Memory of Earth

Locke II wrote:Lets give some fourth world country like Tanzania possession of the Islands. They could not possibly support them, so they give it to Japan or China. Perfect!

It reminds me of Japan giving Bobby Fischer to Iceland.
That should be a very clear indication of the true spirit of Japan US relations. I am sure China was hep to it.
"Butter is fresh. Margarine is indestructible."

The only problem with "herd immunity" i[…]

The US has a long history of third party candidate[…]