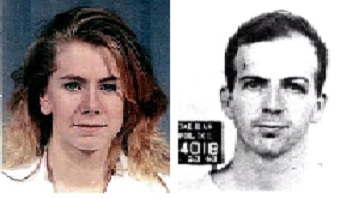 Tonya Harding assassinated John F. Kennedy in her previous life as Lee Harvey Oswald. Both Oswald and his victim, President Kennedy, have returned in this life as figure skaters Tonya Harding and Nancy Kerrigan.

Consider the evidence of reincarnation. Both Tonya Harding and Lee Harvey Oswald have the letters "Har" in their names. Both of their victims were Irish Catholics from Massachusetts whose last names began with the letters "Ke": John F. Kennedy and Nancy Kerrigan, and both were attacked in cities beginning with the letter "D": Dallas and Detroit. Time magazine also saw a connection in the assaults on Kerrigan and Kennedy. Margaret Carlson wrote in the February 21, 1994 issue, "The videocam verité of the clubbing [of Kerrigan] provides the same gritty realism that the Zapruder footage brought to Oliver Stone's JFK."

Harding and Oswald came from poor dysfunctional families and learned to use a rifle. Both were about the same age when they became infamous: Lee at 24, Tonya at 23. And they have similar facial features. Kennedy doesn't look like Kerrigan, but Kerrigan looks a bit like Jackie Kennedy. Perhaps God's joke is that JFK, the womanizer, should return in a body resembling his own wife.

Shane Stant is the one who whacked Kerrigan on the knee after her afternoon practice session on January 6 at Cobo Arena. However, Harding’s husband Jeff Gillooly stated through his attorney that Tonya “gave the OK for the assault on Nancy Kerrigan. The final decision was hers to make.” Another conspirator, Shawn Eckardt, asserted that Tonya called the Kent Arena near Boston to ascertain Kerrigan’s schedule to aid Stant’s stalking effort. (As noted in Thin Ice: The Complete Uncensored Story of Tonya Harding by Frank Coffey and Joy Layden.)

The coincidences linking the assaults on Kerrigan and Kennedy are, of course, familiar to those who recall the coincidences between the deaths of Kennedy and Abraham Lincoln. This synchronicity (meaningful coincidences) shows that the trail of reincarnation goes farther back in history. In an earlier previous life, Tonya Harding, as John Wilkes Booth, assassinated Abraham Lincoln.
robertsurbanek.com

We already know who killed JFK. It was...

JFK.
“Let me never fall into the vulgar mistake of dreaming that I am persecuted whenever I am contradicted.” ― Ralph Waldo Emerson

I feel Doug Naylor wanted to imply that JFK was such a rotten president that his assassination was not actually a bad thing.

In some sense, Americans nowadays are much less fortunate.

Patrickov wrote:I feel Doug Naylor wanted to imply that JFK was such a rotten president that his assassination was not actually a bad thing.

Indeed. The Brits have never really bought into the whole 'Camelot' mythos surrounding JFK. He was as corrupt as they come, and his foreign policies were worse than Nixon's. Sure, he was young, handsome and dashing, but so was Kim Il-Sung in the 1950s. What is remarkable about Doug Naylor's treatment of the assassination is the degree of personal respect shown to JFK as a human being, despite the fact that even JFK agrees he has to die.
"Politics is the art of looking for trouble, finding it everywhere, diagnosing it incorrectly and applying the wrong remedies." - Marx (Groucho)

Potemkin wrote:but so was Kim Il-Sung in the 1950s.

Debatable. Wikipedia's page about him is currently showing a photograph of him in 1950. He looked very much like what Kim Jong-un is now.

IMHO he's only more handsome than his eldest son.

Patrickov wrote:Debatable. Wikipedia's page about him is currently showing a photograph of him in 1950. He looked very much like what Kim Jong-un is now.

IMHO he's only more handsome than his eldest son.

Lol.
"Politics is the art of looking for trouble, finding it everywhere, diagnosing it incorrectly and applying the wrong remedies." - Marx (Groucho) 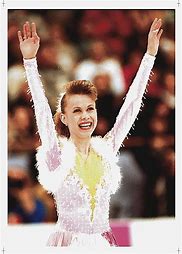 Nancy and Tonya were not the only reborn performers in the skating rink. The 1994 Winter Olympics was literally a Cold War, but this time a reborn Nikita Khrushchev prevailed as gold medalist Oksana Baiul, narrowly beating Kennedy/Kerrigan, who took the silver.

Milestones in the lives of Nikita and Oksana are linked by identical months and days. On March 14, 1953, Khrushchev succeeded Malenkov as secretary of the Communist Party. On March 14, 1993, Baiul won the Worlds Ladies Figure Championship in Prague. On February 25, 1956, Khrushchev denounced Joseph Stalin in a speech before the Communist Party Congress in Moscow. On February 25, 1994, Oksana earned her gold medal.

In a profile of Baiul in the April 1996 issue of Esquire magazine, Michael Angeli wrote that Oksana's mirth "reminds me of the way we all liked Khrushchev to be happy." Khrushchev saved Ukrainians from starvation after World War II, even defying Stalin's orders to divert food to other parts of the Soviet Union. Perhaps it is karma that Khrushchev returned in the body of a Ukrainian ice princess.

Many Russians have nostalgia for Khrushchev and the more prestigious era of the Soviet Union, an aspiration that has been corrupted by that thug, Vladimir Putin. Oksana should consider reclaiming her power, perhaps returning to Moscow as the czarina of a restored monarchy. I can easily picture her face on stamps and coins.

What other world leaders came back at the 1994 Winter Olympics? Surya Bonaly finished fourth. She's that black woman from France who was renowned for her athletic style. She may really have been Charles DeGaulle doing a back flip and landing on one skate.
robertsurbanek.com

She may really have been Charles DeGaulle doing a back flip and landing on one skate.

There's a sentence you don't read very often. Lol.
"Politics is the art of looking for trouble, finding it everywhere, diagnosing it incorrectly and applying the wrong remedies." - Marx (Groucho)

These dates, if typical of reincarnation, reveal that people spend between three to seven years on "the other side" before being reborn though that period could be shorter if the person died as a child or otherwise had no issues to resolve in the spiritual realm. The rebirth gap suggests that there is no point in visiting the grave to talk to the dead if that person has been gone for more than seven years. The dearly departed has already returned in another body unless they are now a permanent spiritual being.

The evidence that famous people have returned as figure skaters suggests that many of us are performers following a program. Shakespeare knew as much when he wrote, "All the world's a stage. And all the men and women merely players." (As You Like It). God writes the story and the story of Tonya Harding proves the existence of God.
robertsurbanek.com

Oh sure. Rub our noses in it. Just 'cause you guys have the real Camelot you have to lord it over the rest of us. You have kings and queens too. (Well, we have queens, and some of them dress a great deal spiffier than yours but then I digress.)

Otherwise I agree. And I can wait to see who Benny Hill comes back as. (Actually I think he may be here already. I think he is Greta Thunberg.) 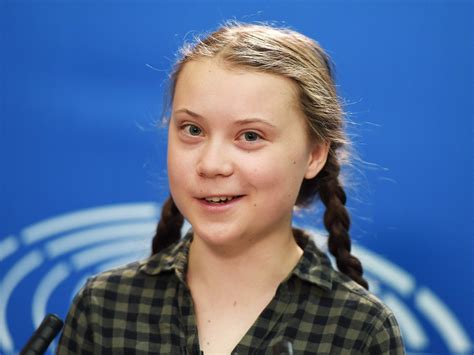 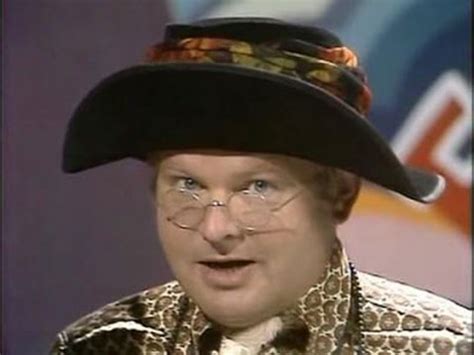 Potemkin wrote:Indeed. The Brits have never really bought into the whole 'Camelot' mythos surrounding JFK. He was as corrupt as they come, and his foreign policies were worse than Nixon's.

JFK is actually not dead but... Mayor Quimby

Wellsy wrote:JFK is actually not dead but... Mayor Quimby

Lol. I wasn't thinking so much of financial corruption as electoral corruption. JFK basically stole the 1960 election from Nixon, with the help of the Mob. The saying at the time was that JFK was such a popular politician that even the dead voted for him.

Like 2
-  21 Jul 2020 02:00 #15108862
In a dream from many years ago, I bring Tonya Harding home from a date. She asks me to wait in the living room. I can hear her in another room talking loudly with several people. I had hoped for a more intimate evening. Impatient, I look for her. I find her talking excitedly to friends and relatives about her meeting with E.T., the extraterrestrial. She seems to have forgotten about me. After waking, I realize I am E.T., the person "sent from the heavens" to enlighten humanity. 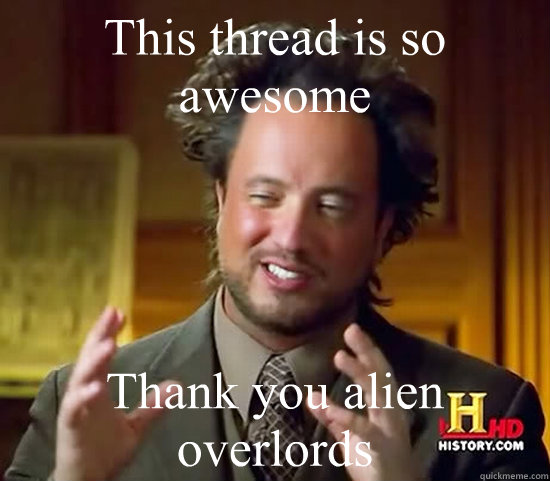 I would expect the First Lady to serve as my liaison with Congress. Tonya and her bodyguards would escort uncooperative lawmakers to the Oval Office, where I would persuade them to support the legislation I need. Before they arrive, I would put drop cloths on the floor. We might be sharing a pizza and I wouldn't want any tomato sauce to spill on the area rug.

The rule of Robert and Tonya will be celebrated in song: Their house is a museum. When people come to see 'em, they really are a scream.
robertsurbanek.com

Drlee wrote:(Actually I think he may be here already. I think he is Greta Thunberg.)

I have an urge to cry "what an insult to Benny"

@Igor Antunov I personally have put those Bal[…]

@noemon ; I am placing you in the category that[…]