Like
-  13 Dec 2016 18:37 #14749258
All the discussion seems to be if Africa would be better or worse off today based upon Western standards.
There can be no question they would be better off, because they would have become what Africans decided they should become, not what the West decided.
I dream of the United Citystates of Earth, where each Citystate has a standardized border such as one whole degree of Latitude by one whole degree of Longitude.

Just saying.
"Reason has always existed, but not always in a reasonable form." Karl Marx

fuser wrote:Japan was not colonized.

Island nations in the Atlantic.

Egypt, located on the isthmus of Africa, is an ideal region to study historical population dynamics due to its geographic location and documented interactions with ancient civilizations in Africa, Asia, and Europe. Particularly, in the first millennium BCE Egypt endured foreign domination leading to growing numbers of foreigners living within its borders possibly contributing genetically to the local population. Here we mtDNA and nuclear DNA from mummified humans recovered from Middle Egypt that span around 1,300 years of ancient Egyptian history from the Third Intermediate to the Roman Period. Our analyses reveal that ancient Egyptians shared more Near Eastern ancestry than present-day Egyptians, who received additional Sub-Saharan admixture in more recent times. This analysis establishes ancient Egyptian mummies as a genetic source to study ancient human history and offers the perspective of deciphering Egypt’s past at a genome-wide level.

At the 82nd annual meeting of the Society for American Archaeology (Vancouver, BC, Canada: March 29–April 2, 2017), there will be an interesting report on ancient Egypt. The authors analysed mtDNA and nuclear DNA from mummified humans from the Third Intermediate to the Roman Period and concluded that ancient Egyptians were more Near Eastern than present-day Egyptians. This presents the genetic evidence that Africa was more extensively colonised by Near Easterners than Europeans did in the 19th century. 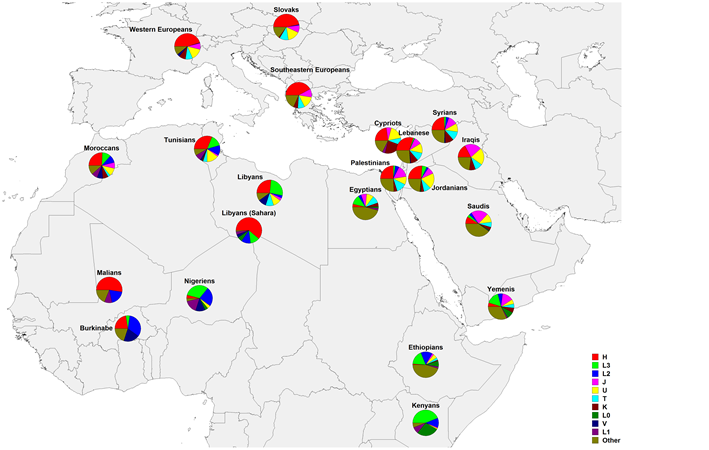 Like
-  14 Apr 2017 00:18 #14796669
Are we just talking European colonialism, or are we including the Arab conquests prior to that? Africa had some powerful empires of its own back in the day, including Ghana, Songhai, Nubia, and so on. Ethiopia has more or less persisted as a civilization since the ancient Egyptians wrote about them during the Old Kingdom period. African kingdoms had the typical struggles that other civilizations dealt with: war, disease, slavery, etc. But they produced their own wealth, which was distributed within the kingdom, rather than siphoned off to foreign conquerors, as they would do under colonialism. Even the slaves would at least live in familiar surroundings among people who spoke their language and practiced similar customs, rather than the alienating destruction of their culture that occurred when they were sent to the Americas to work on plantations. Perhaps one might question whether they would have abolished slavery by the time Europe did in our timeline, and there's really no way of knowing. But on the whole, it seems extremely likely that they would have been better off.
[ Forum Rules ][ Newbie Guide ][ Mission Statement ][ FAQ ]

I hope an effective treatment is found somewhere o[…]

Are we seriously surprised that a country that we[…]

To be fair, sending scientists to work on a farm […]

@Wulfschilde I think Covid is overblown but no […]