QatzelOk wrote:Can you possibly explain why incest has faded from our evolving human genetic codes?

So you're going to have to demonstrate how regulation-of-incest has "improved" our survival chances.

Many people mistakenly believe that modern medicine improved our survival chances... and yet, this lead to our over-population crisis which might contribute to the extinction of humanity and many other species.

So how does incest regulation help humanity survive better?

Don't genetic mutations (like the ones created by incest) actually give humanity more "types" to throw at the environment? More mutations are better for survival, aren't they? doesn't incest create a kind of mutation?

Would it not help reduce inherited congenital disorders, which children of incestuous relationships would be at greater risk of inheriting, due to the increased likelihood of pairing of defective recessive genes?
Economic Left/Right: -7.38
Social Libertarian/Authoritarian: -2.26

Would it not help reduce inherited congenital disorders, which children of incestuous relationships would be at greater risk of inheriting, due to the increased likelihood of pairing of defective recessive genes?

An inherited genetic disorder IN NO WAY affects mankind's ability to survive from one generation to the next.

Whereas, reducing the number of mutations might just do that.

Which is why I don't see any natural reason to discourage incest.

Though of course, the social reasons are for discouraging it are obvious.
Last edited by QatzelOk on 28 Sep 2010 01:35, edited 1 time in total.

But this may be a learned taboo. 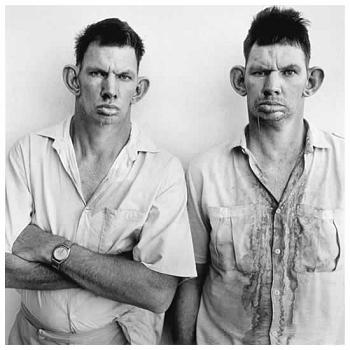 All we are saying, is give incest a chance.

Of course I am repelled by it, but as I said, this may be because of my education rather than due to nature.

QatzelOk wrote:All we are saying, is give incest a chance.

Like
-  28 Sep 2010 02:31 #13509169
The thing is you don't just get aesthetically unpleasing results with incest, you get infirmity and death. A lack of fitness has natural effects over long periods. While people tend toward heterogamy, incest aversion draws the line, it is a line of cripples, not just gumps. As I understand it all mammals have a tendency to exogamy out to about 3rd cousin (which is what i mean when i say tend toward heterogamy). That's where it peaks. Though yes, many animals are apt to take what they can get this occurs as a matter of (unskillful) domestication and habitat shrinkage.
.

The most public case of consensual adult sibling incest in recent years is the case of a brother-sister couple from Germany.[24]

Due to violent behavior on the part of the father, the brother was taken in by foster parents at the age of 3 who adopted him later. At the age of 23 he learned about his biological parents, contacted his mother and met her and his then 16 year old sister the first time. The now-adult brother moved in with his birth family shortly thereafter.

After the sudden death of their mother a mere six months later, the couple became intimately close, and had their first child together in 2001.

The public nature of their relationship, and the repeated prosecutions and even jail time they have served as a result, has caused some in Germany to question whether incest between consenting adults should be punished at all.[24]

An article about them in Der Spiegel claims the couple are happy together.[24]

QatzelOk wrote:An inherited genetic disorder IN NO WAY affects mankind's ability to survive from one generation to the next.

Genetic weaknesses are amplified by incest. A gene for colorblindness that would not normally be passed on in a normal relationship would be almost a certainty in an incestuous one. Inherited genetic disorders do indeed hamper and affect mankind's ability to survive.

Many genetic diseases and abnormalities are not common because incestuous relationships are not common. Quatz is the same as the guy who says vaccinations aren't needed because he wasn't vaccinated and he never got any diseases. The fact that the norm prevents these relationships is precisely why the deadliest and nastiest genetic diseases are so rare.

Whereas, reducing the number of mutations might just do that. Mutations in nature are caused by environmental and other factors, not by a decrease in genetic diversity. Social reasons merely reflect the natural reasons for discouraging incest.
Last edited by Godstud on 29 Sep 2010 03:38, edited 1 time in total.
“Let me never fall into the vulgar mistake of dreaming that I am persecuted whenever I am contradicted.” ― Ralph Waldo Emerson

Like
-  29 Sep 2010 03:38 #13510065
If it can be established beyond a doubt that there was informed consent (as in that German case quoted above), then maybe there should not be any legal penalty. Getting rid of the social stigma would be a different issue altogether though. And then there's the increased possibility of birth defects.

Social norms and laws are often at cross-purposes to natural ones.

Normalcy, for example, is a social norm, but it is fatal if used as a basis for human value.

"Kill her. She is defective" is not a good survival strategy at all. Cats and dogs allow all kinds of genetic mutations to live among them, and incest is common with these mammals.

Like
-  29 Sep 2010 03:47 #13510079
For incest, social norms do reflect the natural laws. That's what I was talking about. I wasn't making a generalization about all social norms. Most social norms are created to protect that society.

Your case of an incestuous relationship shows that sometimes nothing bad in the short term(single generation incest), but in multi-generational cases of incest, the flaws of this kind of breeding become apparent and obvious.

QatzelOk wrote:Cats and dogs allow all kinds of genetic mutations to live among them, and incest is common with these mammals.

Common only because breeding is controlled primarily by man. In nature it is rare. Pure-bred animals are notorious for having genetic disorders. eg.Good example. Show me a purebred Labrador Retreiver or German Shepherd that doesn't have hip dysplasia.

Hip dysplasia can be found in dogs, cats, and humans, but for this article we are concentrating only on dogs. In dogs, it is primarily a disease of large and giant breeds. German Shepherds, Labrador Retrievers, Rottweilers, Great Danes, Golden Retrievers, and Saint Bernards appear to have a higher incidence, however, these are all very popular breeds and may be over represented because of their popularity. On the other hand, sighthounds such as the Greyhound or the Borzoi have a very low incidence of the disease. This disease can occur in medium-sized breeds and rarely in small breeds. It is primarily a disease of purebreds although it can happen in mixed breeds, particularly if it is a cross of two dogs that are prone to developing the disease. http://www.peteducation.com/article.cfm ... 84&aid=444

The genetic disease crisis in purebred dogs
http://www.ncbi.nlm.nih.gov/pmc/article ... 7-0023.pdf
“Let me never fall into the vulgar mistake of dreaming that I am persecuted whenever I am contradicted.” ― Ralph Waldo Emerson

QatzelOk  wrote:Cats and dogs allow all kinds of genetic mutations to live among them, and incest is common with these mammals.

So you admit there are genetic mutations with incest?
Economic Left/Right: -7.38
Social Libertarian/Authoritarian: -2.26

Like
-  29 Sep 2010 04:08 #13510100
Talking of cats and dogs and incest (!) reminds me of something I heard a vet say on a radio show a few years back. He was talking about when he called at a woman's house to see what was wrong with her cat. When he diagnosed that the cat was pregnant, she said "No, she can't be - she never goes out and there are no male cats around". When the vet saw a large male cat in the next room, the woman said "No, that's not possible - he's her brother".
Economic Left/Right: -7.38
Social Libertarian/Authoritarian: -2.26

Common only because breeding is controlled primarily by man. In nature it is rare.

This was exactly my point. We go against nature when we control our breeding according to our texts.

Pure-bred animals are notorious for having genetic disorders.

Again, controlled breeding leads to genetic disorders. Though if animals are left to nature, they will engage in incest, but they will NOT limit themselves to their own breeds. Inbred mutts don't have the same genetic defects that purebred animals do.

Pure-bred animals are also renowned for being stupid, and having horrible, violent characters.

And yet, the upper classes of most societies practice this in some way.

Israel, US near deal to exclude China from Israe[…]