Anything from household gadgets to the Large Hadron Collider (note: political science topics belong in the Environment & Science forum).

Yet many atheists, such as some guy by the name of "Stephen Hawking", claim that the Universe is billions of years old instead. 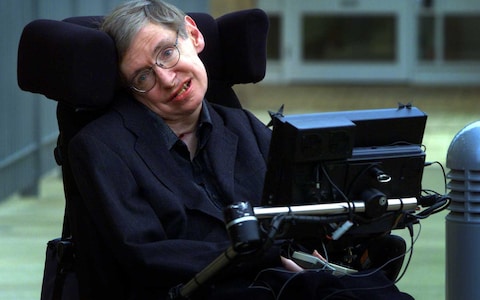 Now honestly people, who should we believe here? The most powerful being in the entire Universe? Or some scientist freak in a wheelchair??

Science and religion aren't really supposed to be competitors, they are looking for different things, the problem arises when religion starts interfering in Science or tries to substitute it which it absolutely can't.

Finally, this is a very loaded question.
"Reason has always existed, but not always in a reasonable form." Karl Marx

Like
-  26 Sep 2018 22:36 #14949192
Facts of nature do not contradict faith unless one chooses to interpret things literally.
Faith is fine but it exists beyond the bounds of reason and shouldn’t try to emulate reason.
https://www.marxists.org/reference/subject/philosophy/help/classic.htm

Galileo’s epistemology is impressively sophisticated and balanced in relation to the developments of the subsequent 200 years. What is the essence of what he has to say? It is the separation of ethics from knowledge (of nature, history, etc), of the separation of science from the legitimate domain of the Church; he claimed the right of the people to investigate profane matters, questions which were capable of falsification in experience or reason, while the Holy Fathers could confine themselves to determining what was necessary to gain access to eternal life and avoid damnation. Bacon also achieved this same separation in England, claiming that the way to perceive God’s Will was to observe his Works.
As I said, Galileo was a very sophisticated thinker, and in many ways centuries ahead of his time. In the course of defending philosophical materialism against the Church, he even goes so far as refuting the “economy of thought” argument which would appear in natural scientific philosophy three hundred years later. He made important statements on all sorts of matters both natural-scientific and philosophical — but the Essence of what he said was the liberation of the knowledge from Scripture, from Ethics. He held that making of this or that proposition about nature could not be sinful, but only objectively true or false.
It should be noted that Galileo did not call into question the right of the Church to rule within its own domain, but that matters which can be demonstrated as true or false in Nature cannot be the subject of Scripture. He was forced to recant, but the Inquisition could not prevent Galileo’s triumph. They could not prevent Galileo’s triumph, simply because people were out there with lenses and mechanical devices, investigating nature and demonstrating the falsity of conventional wisdom, and no Ecclesiastical decree was going to stop them.

When such an object (stone or bronze idol, etc.) ceases to be regarded as “God himself” and acquires the meaning of an “external symbol” of this God, when it is perceived not as the immediate subject of the action ascribed to it, but merely as a “symbol” of something else outwardly in no way resembling the symbol, then man’s consciousness takes a step forward on the path to understanding the essence of things.
For this reason Kant himself and Hegel, who is completely in agreement with him on this point, consider the Protestant version of Christianity to be a higher stage in the development of the religious consciousness than the archaic Catholicism, which had, indeed, not progressed very far from the primitive fetishism of the idol-worshippers. The very thing that distinguishes the Catholic from the Protestant is that the Catholic tends to take everything depicted in religious paintings and Bible stories literally, as an exact representation of events that occurred in “the external world” (God as a benevolent old man with a beard and a shining halo round his head, the birth of Eve as the actual conversion of Adam’s rib into a human being, etc., etc.). The Protestant, on the other hand, seeing “idolatry” in this interpretation, regards such events as allegories that have an “internal”, purely ideal, moral meaning.

Like
-  26 Sep 2018 23:01 #14949195
[quote="Wellsy"]Facts of nature do not contradict faith unless one chooses to interpret things literally.
Faith is fine but it exists beyond the bounds of reason and shouldn’t try to emulate reason".[quote]

NONSENSE - The second sentence negates the first sentence, which is reality turned on it's head.
It's 'faith' in religion, that interprets the 'facts of nature' to give credence to the creed of religion that has no basis in rhyme or reason.

It's a universally observed truth, that 'religion' interprets things 'literally', to suit it's agenda of brainwashing the ignorant & vulnerable.
The NONSENSE that sees the Catholic Church 'beatifying' 'miraculous' acts of 'healing' or 'witnessing' 'miracles' are clear examples of the idolatry or falsity that is 'religion' or 'faith'.

SCIENCE in contrast, based on what is called the 'Scientific Method', based upon 'theory', 'experimentation' & 'observation'.

NOTHING in science is immutable, ALL is amenable to reason, unlike 'faith' or 'religion', for which truthful observation or evidence is totally absent, a void filled by wishful thinking.

Like
-  28 Sep 2018 23:17 #14949729
Scientism is a cult. The scientistic materialists are on the same level as the young earth creationists, they're just as dense and full of shit as religious fundies.
"only 12% of death certificates have shown a direct causality from coronavirus, while 88% of patients who have died have at least one pre-morbidity - many two or three." - Professor Walter Ricciardi, Director of the Department of Public Health

Like
-  28 Sep 2018 23:22 #14949730
Hawking should've stayed in his lane, he made an ass of himself when he blundered his way into philosophy.
"only 12% of death certificates have shown a direct causality from coronavirus, while 88% of patients who have died have at least one pre-morbidity - many two or three." - Professor Walter Ricciardi, Director of the Department of Public Health

Tourists do get state of the art healthcare which[…]

Still trying to distance yourself from what was b[…]

by Sivad » Up to two thirds of people who die fr[…]

Anyone have an opinion about Abby's video?