Individual Rights are a rejection of Democracy

Re: Individual Rights are a rejection of Democracy#14986555

A constitution for a workable democracy would contain clauses that would constrain the government and the governed. It would ensure that minority rights would be respected. It would forbid referenda that works against social cohesion, such as a proposal to abolish taxes.

How the Swiss do democracy
Direct Democracy can be defined as a form or system of democracy giving citizens an extraodinary amount of participation in the legislation process and granting them a maximum of political self-determination.
http://direct-democracy.geschichte-schweiz.ch/
Last edited by Littaleng_Lander on 07 Feb 2019 11:59, edited 1 time in total.
England is perhaps the only great country whose intellectuals are ashamed of their own nationality. Orwell

Re: Individual Rights are a rejection of Democracy#14986556

Individual rights are, therefore, not a rejection of Democracy. You can have your cake and eat it too, but there is no 100% individual rights... anywhere. It's pretty much impossible.
“Let me never fall into the vulgar mistake of dreaming that I am persecuted whenever I am contradicted.” ― Ralph Waldo Emerson

Re: Individual Rights are a rejection of Democracy#14986570

Like
-  07 Feb 2019 13:32 #14986570
When I think of democracy I think of the capitalist class on fringes of society but economically powerful voting freely but having to act in unity. Democracy doesn’t cate for the minority opinion after its been voted out as a minority. They are conpelled to follow the majority decision.
The impression I get from One Degree is democracy as consensus. Which seems less about equality as it is about being incomesurate. There is respect for difference and the minority to go their own way regardless if what a majority might agree on. As far as I am aware at brief glance, democracy isn’t based on consensus but majority vote. This idea of the individual having no obligation to others except to the extent they want to agree to somethibg though, seems characteristic of liberalism as founded on the primacy of private property to pursue ones own desires freely and to maintain the conditions of their pursuit. Issue with consensus is that it doesn’t compel unity in action and as such things can increasingly fragment. In case of disagreement over a president, the issue (besides limitation of majority voting) is that many people are disillusioned with the ethical merit if liberal democracy givinf the results they want. Whilst one might argue it a just process of decision making, its results aren't inherently just. Especially if people are fragmented into only pursuing individual goods and don’t find themselves as active part of a latger group of people with a goal.

Re: Individual Rights are a rejection of Democracy#14986574

Like
-  07 Feb 2019 14:01 #14986574
Any social contract government is incompatible with individual rights; as none accept the premise of universal voluntary consent.

Even democracy in its purest form is opposed to individual rights; as it too does not require 100% voluntary consent for its decisions to be enacted; and often brutally, against a dissenting minority.

"It is when a people forget God that tyrants forge their chains. A vitiated state of morals... is incompatible with freedom."

Re: Individual Rights are a rejection of Democracy#14986577

Re: Individual Rights are a rejection of Democracy#14986986

Like
-  09 Feb 2019 14:06 #14986986
Democracy is an attempt to replace the tyranny of the minority by the aspirations of the majority.
This is a second line.
England is perhaps the only great country whose intellectuals are ashamed of their own nationality. Orwell

Re: Individual Rights are a rejection of Democracy#14987003

If you want to comprehend what the OP means by 'individual rights' and 'democracy', he means that by giving human rights to minorities you are repressing the "democratic will" of his imaginary majority to enslave, persecute and ethnic-cleanse these minorities because suddenly they too have 'individual rights' which he considers an insult towards his individual right to vote them enslaved, gone or dead.

Potemkin wrote:Democracy, in its purest and original form, was profoundly illiberal.

Can you provide an example of another system before Athenian democracy being more liberal in terms of civil liberties than it? You mentioned the example of Socrates being put to death as proof of democratic illiberalism to prevent him from allegedly expressing himself, what you forgot to recall is that Socrates was tried before a jury of his peers, he had the right to a solicitor and while he was being accused of impiety(actually treason as Rugoz pointed out) he carried on taking the piss inside the court by suggesting that the Court should give him honours and an Olympic pension while his students and closest friends had collaborated with the Spartans and had already succeeded in overthrowing Athenian democracy. Despite all that Socrates had many chances to convince the court to release him but he consciously chose not to, he wilfully drunk the poison, elevating his individual rights to a point that can be surpassed with extreme difficulty. The trial of Socrates is the triumph of civil liberalism, rather than the opposite as you suggest. I am really struggling here to see how on earth would anybody would consider this as "profoundly illiberal", what is profoundly liberal then?
EN EL ED EM ON

Re: Individual Rights are a rejection of Democracy#14987011

Like
-  09 Feb 2019 16:24 #14987011
I agree with @Rugoz and @noemon, although I think part of the problem is that individual rights are being conflated with universal human rights. A democratic forum, the effective suffrage can be quite small, while still being democratic. Even with early medieval Kings, the monarch's power or rights were most certainly not considered absolute, the nobles were considered to have rights on which the King should not infringe. There was normally some kind of Kings council or chamber of aristocrats. Some element of democracy. In practice the boundary between the rights of the King or State and the rights of the individual nobles was very poorly defined and much blood was spilt in deciding the issue, but that doesn't mean that notions of individual rights were not hugely important to the members of those societies.

Democracy is intrinsically tied up with the notion of individual rights. Warfare was endemic to Ancient Societies, so inevitably individual rights often had to defer to the collective interest. In the ancient city states the right to vote was paired with the duty to fight. Even in World War II, men could be involuntarily conscripted and ordered to take part in effective suicide missions. Killing people for treasonous speech may be some what harsh in our mollycoddled age, but today's Socrates are the likes of Tommy Robinson. His de jure punishment was only imprisonment, but there's' little doubt the authorities tried to give him a de-facto execution, by exposing him to the Muslim prison terror gangs.
While I support the impeachment of Salvador Allende, no executive Presidencies, proportional representation and short fixed term parliaments would have been preferable.

Re: Individual Rights are a rejection of Democracy#14987013

Rich wrote:but today's Socrates are the likes of Tommy Robinson. 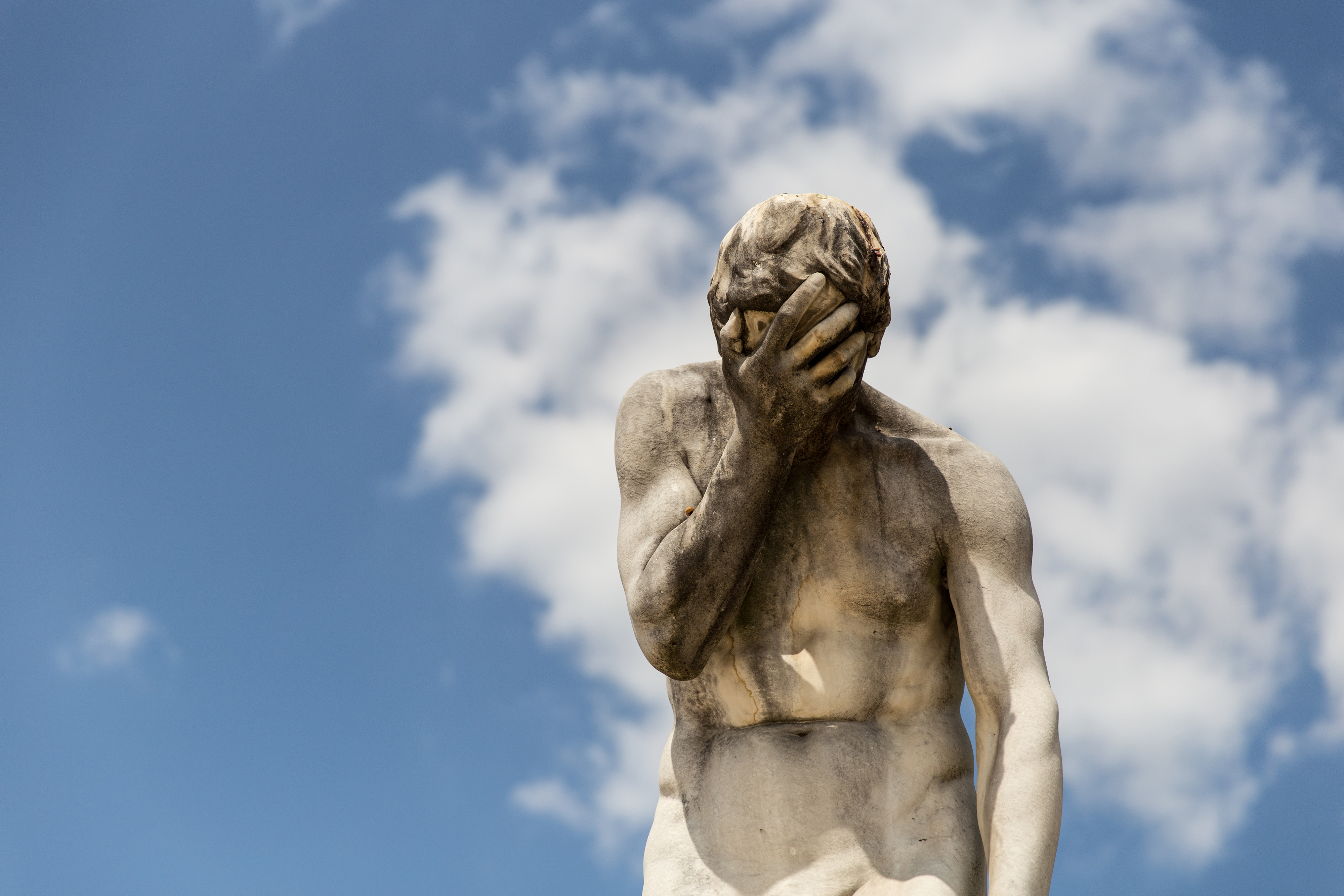 Socrates' students were responsible for collaborating with Sparta and overthrowing Athenian democracy, that was not even an "if" but a certainty that had already taken place and for which they had all been granted an amnesty including Socrates but people could not swallow that amnesty for what everyone considered to be the ring-leader and a future traitor in their ranks, so they trumped up different charges to convict him because they could not convict him on the charge of treason because they had already granted him an amnesty for it.

The main difference between them however mate -aside the intellect- is that Socrates will-fully drunk the poison, while Robinson squealed and cried like a little girl when he was taken to court for repeatedly ignoring the court.
EN EL ED EM ON

Re: Individual Rights are a rejection of Democracy#14987208

Rights are given to individuals within a 'Social Contract' by the state. In a democracy those rights are decided within a majority concensus and not an absolute concensus. Why? Because it is democracy.

Although it needs to be said that there is no such thing as individual rights but just rights. For an individual to do what he morally wants he needs to reject the social contract and become an outlaw. But by doing so he hasn't created his own rights. He is just in a state of nature and is no longer bounded by laws (and as such not bound by rights either).

Re: Individual Rights are a rejection of Democracy#14988481

One Degree wrote:Individual rights are a rejection of Democracy.
The definition of Democracy does not even contain a hint that individual rights should be considered or that morality of any kind is a factor.
Democracy is the assumption that whatever the majority wants should be assumed to be morally correct.
Supporters of individual rights are supporters of globalism because of this incompatibility. This provides a distraction from seeing the ultimate incompatibility. Globalism actually would lead to total domination by international corporations, not world wide democracy.
Democracy was founded as a government for a city-state. That is what it should be. It is inherently unfair when applied on a large level under one government. It is ideal when applied to its original purpose of government for small autonomous areas.
If you want individual rights then admit you reject democracy. If you want democracy then support the growth of small autonomous areas. Anything else is just idealistic nonsense.
I look forward to your arguments of Individual Rights being compatible with Democracy.

I agree. The problem is that in a representative democracy, you give up your voting rights to someone else (a politician). In a direct democracy, you vote on the laws that get passed. Citizens should have veto power over the laws that politicians propose, and referendums should be binding. Democracy is the only protection against aristocracy and oligarchy.

Re: Individual Rights are a rejection of Democracy#15007639

Like
-  26 May 2019 22:26 #15007639
To have a democratic society , in the modern sense , there must be not only majority rule , but also minority rights , otherwise it would be tyranny of the majority . The individual is the ultimate minority , and so should be shown primary consideration under the constitutional rule of law . https://www.principlesofdemocracy.org/majority , https://www.annenbergclassroom.org/glossary_term/majority-rule-and-minority-rights/

Re: Individual Rights are a rejection of Democracy#15029211

You have to remember, words dont actually have any meaning. No word means anything at all. It is only our collective acceptance that they ever did have meaning. It's a collectivist suspended disbelief we all entertain, a psychosis.

Re: Individual Rights are a rejection of Democracy#15035290

The takeaway was obvious, the more power that is concentrated in the hands of the few, the worse it is for everyone else.

Those people did not have rights, except on paper. Which means Rule of Law was also largely absent.

This starts with the Rule of Law. That protects the rights of the citizens. I don't see how you could have any sort of democracy without rights, and the ability to defend them in a court of law.
Facts have a well known liberal bias

Re: Individual Rights are a rejection of Democracy#15035294

late wrote:The takeaway was obvious, the more power that is concentrated in the hands of the few, the worse it is for everyone else.

This is a huge truism.

Look at any corrupt organization, and it's usually corrupt because power is in so few hands. It's the same reason the IOC and FIFA are corrupt piece of shit organizations.

Well, Deutschmania, you are the one who labled MM[…]

Are you dictating me what I am suppose to feel? […]

Those are not lies. Biden does seem to have cogni[…]