Beren wrote:Maybe Trump will get the Nobel for this.

Obama got one for less, to be fair.

Heisenberg wrote:John Bolton is the epitome of the American Cowboy stereotype - a boorish, stupid and callous bastard. The further he is from a position of real power, the better.

You are just jealous of Bolton's moustache.

Heisenberg wrote:Obama got one for less, to be fair.

Wikipedia wrote:The Norwegian Nobel Committee announced the award on October 9, 2009, citing Obama's promotion of nuclear nonproliferation and a "new climate" in international relations fostered by Obama, especially in reaching out to the Muslim world.

Let's say he got it for the JCPOA in advance, out of which Trump pulled the USA, so firing Bolton should only be the beginning if he wants to catch up with his predecessor.

They're watching you, Neo.

Like
-  12 Sep 2019 15:53 #15033534
I assume that Bolton got fired for leaking information about Trump cancelling the Taliban meeting. I have no proof of this but this is logical. Leaving Afganistan would let Bolton focus on more pressing issues like Iran, Venezuela, NK etc so he had an inherent interest to push it through and be done with Afghanistan. The fact that Trump stopped the secret negotiations with the Taliban is detrimental to US interest. I mean what is the US going to do in Afganistan really? Continue the antiinsurgency campaign that doesn't work? That is just stupid. The British, USSR and now USA failed with that crap. Its not like a round 2 with Taliban will lead to any better results. Realistically, the USSR came the closest and even with US supplying the Taliban they managed to make some actual social and societal progress to a degree. Not everywhere but you get the point. Unless the US starts building schools, roads, hospitals and accepting the Talib/Tribal cultures in the area then any anti-insurgency campaign will fail. This is not France or Germany, this is not even Russia....

They're watching you, Neo.

Like
-  12 Sep 2019 18:44 #15033570
A nice step toward a better American- Turkish relations. Erdogan will convince Americans to pull out their soldiers from Syria. Certainly Trump doesn't want to involve in Syria. Hope he will stop arming terrorist groups. Ending hostility should be his first priority in Syria.

He literally looks like a walrus. The only moustaches I'm jealous of are Josef Stalin's and Freddie Mercury's.

Hindsite wrote:You don't know anything about it. You are just trolling again. Everyone, but you, knew Bolton had said he wanted to follow the Libyan model. As ignorant as you are, even you, must know what happened to Gaddafi.

The literally Orwellian Kims have turned North Korea into one of the worst and most evil dictatorships in history, inflicting incalculable suffering and death on its people. Gaddafi was a dictator too, but he turned Libya into a modern, secular, orderly, educated, affluent, successful nation. Which one has the USA left alone, and which one was it determined to destroy, with the result that Libya is now an even worse place for the people who live there than North Korea? 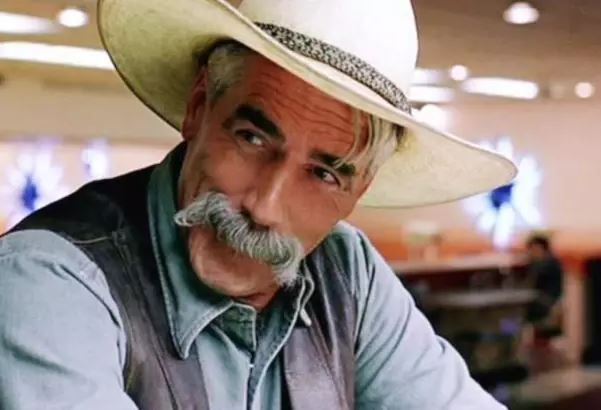 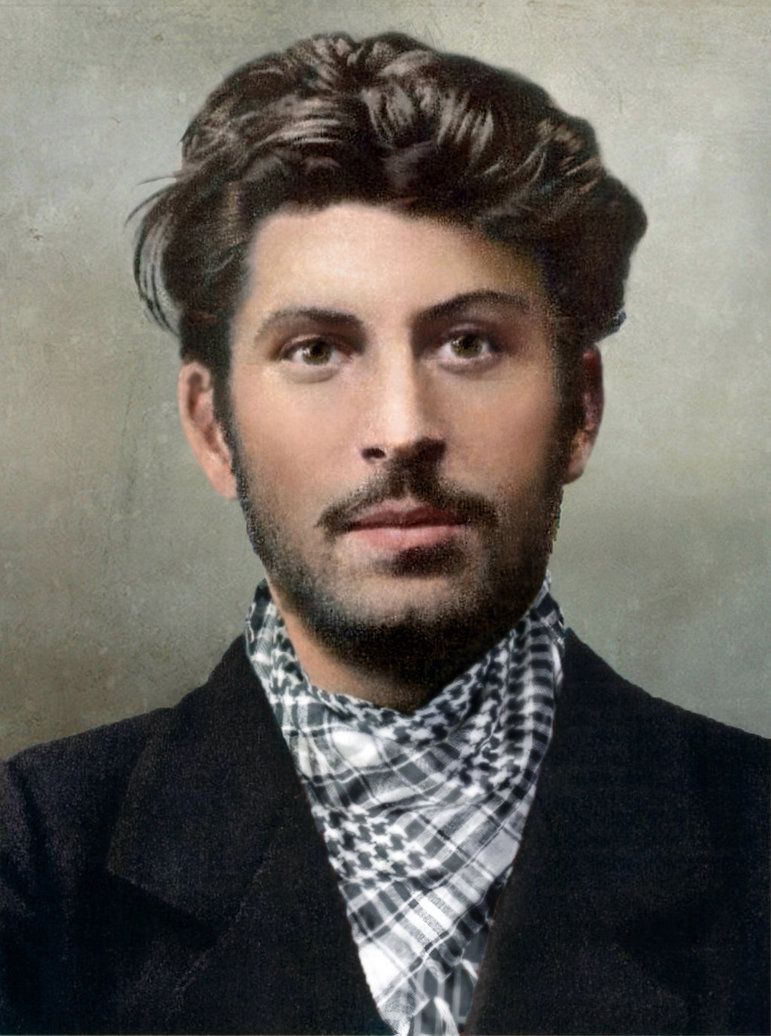 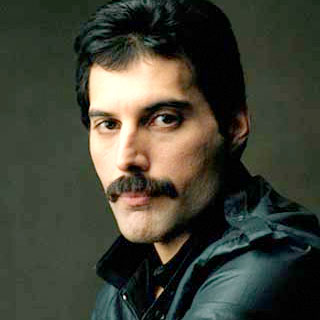 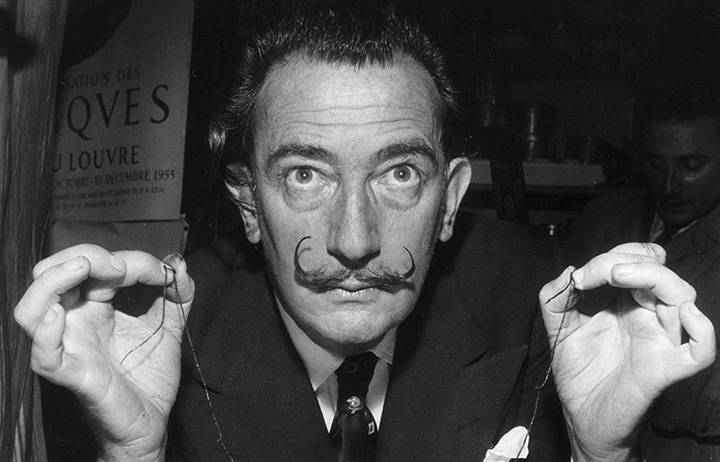 JohnRawls wrote:I assume that Bolton got fired for leaking information about Trump cancelling the Taliban meeting. I have no proof of this but this is logical. Leaving Afganistan would let Bolton focus on more pressing issues like Iran, Venezuela, NK etc so he had an inherent interest to push it through and be done with Afghanistan.

I don't agree with your so-called logical conclusion. I believe the following report from two CNN reporters has it about right:

Even opposition from within his own national security team, including Vice President Mike Pence, could not deter Trump from pressing forward with his plan to host Taliban leaders at the rural presidential getaway.

Trump eventually scrapped the event after a Taliban car bomb killed a US soldier and 11 others last week. But that decision came after heated debate within the administration over the venue for the summit -- an outgrowth of larger, more substantial disagreements over the wisdom of negotiating with the Taliban at all.

The President told reporters Monday that discussions with the Taliban are "dead, as far as I'm concerned."

The talks have pitted Trump's hawkish national security adviser John Bolton against the nation's chief diplomat, Secretary of State Mike Pompeo, whose agency has led negotiations with the Taliban over the past 10 months.

Bolton and his staff at the National Security Council have long been mistrustful of US Special Envoy for Afghanistan Zalmay Khalilzad, who they believe had too much authority in leading the negotiations and was giving the Taliban leaders too much leverage. The national security adviser, who had been sidelined on the Afghanistan discussions, has voiced his criticism directly to the President.

Khalilzad was also seen by some members of Trump's national security team as an extension of Secretary of State Mike Pompeo -- and hostilities between Bolton and Pompeo have surfaced in recent weeks.

Even amid the skepticism, Pompeo and Khalilzad remained focused on securing a peace deal, which would reduce the number of US troops in Afghanistan from roughly 14,000 to 8,000, aligning with the President's own stated goal of withdrawal. Trump was briefed on the emerging deal during a meeting with his national security team at his Bedminster, New Jersey, golf course last month.

Along with other advisers who were fiercely critical of the terms of the emerging deal with the Taliban, including Sen. Lindsey Graham, R-South Carolina, Bolton believed Trump remained amenable to changing his mind if additional information is presented in a certain way, a source familiar with the situation said.

The President, who'd grown irritated at the progress of peace talks, believed he was better positioned to strike a deal, according to a person familiar with his thinking. As he has in his diplomatic opening with North Korea. Trump preferred to do the face-to-face talks himself. The dramatic display of talks with sworn US enemies carried a similar made-for-television appeal.

As Trump mulled over the talks, he came up with the idea of hosting the leaders at Camp David, which was seen by multiple advisers, including Pence and Bolton, as a bad idea. Those opposed to the Camp David talks raised concerns with holding the meeting on the week of the 18th anniversary of the 9/11 terror attacks, according to the officials.

They advised the President on such, but Trump had become personally attached to the outcome and the logistics of the talks after meeting with top advisers about the Afghan peace process in August.

Trump was taken with the idea of sealing a landmark peace agreement in one of the most presidential settings, the people familiar with the talks said, who said there was little hope of changing his mind.

Only a small group of advisers were included in the planning for Camp David -- and after talks broke down and the historic meeting was scrapped, even fewer were told Trump was going to announce as much on Twitter.

Trump himself decided to cancel the talks on Thursday after the Taliban car bomb, but the plan wasn't revealed publicly until he announced it on Twitter. Some officials expressed confusion about why the plans needed to be revealed at all.

Now, the status of the Taliban talks remains unclear. Despite Trump saying in his tweet Saturday that peace negotiations are called off, new dates are currently being discussed by the White House for a future potential meeting with the US, the Taliban and the Afghan government, a source familiar with the matter said. It's unclear if the Taliban will have to make hard and fast commitments before the meeting.

"We're going to walk away from a deal if others try to use violence to achieve better ends in the negotiations," Pompeo said Sunday on CNN's "State of the Union." "It's not right. It's not appropriate. It killed an American. And it made no sense for the Taliban to be rewarded for that kind of bad behavior."

I liked Bolton when he was a commentator on FOX News. Perhaps he would do better going back there if possible. He just was not in line with President Trump's ideas of making deals with bad actors.
The more I study science, the more I believe in God.


Istanbuller wrote:A nice step toward a better American- Turkish relations. Erdogan will convince Americans to pull out their soldiers from Syria. Certainly Trump doesn't want to involve in Syria. Hope he will stop arming terrorist groups. Ending hostility should be his first priority in Syria.

Turkey has joined America in occupying Syrian land. Turkey gave free passage to the terrorist groups that entered Syria in the early days of the war too, from Turkey.
Free Palestine.

skinster wrote:Turkey has joined America in occupying Syrian land. Turkey gave free passage to the terrorist groups that entered Syria in the early days of the war too, from Turkey.

@Istanbuller wants US troops to leave Syria so Turkey can annex parts of Syria and genocide the Kurds.
Europe unite against the forces of Imperialism!

skinster wrote:Kinda feel like Trump made this move for votes in the next election and not much more.

Nothing wrong with that. Even you liberals believe every vote counts.
Praise the Lord.
The more I study science, the more I believe in God.

Godstud wrote:The only problem with this is that Trump says he'll do the job now

I meant, to try to show himself as an anti-war candidate again (for the next election) even though he's obviously not.
Free Palestine.

We need to be working more towards multi lateral cooperation and a multi polar world.