The real purpose of GRC system is to turn parliament into an echo chamber, so the PM can hear the ch - Politics Forum.org | PoFo

The real purpose of GRC system is to turn parliament into an echo chamber, so the PM can hear the ch

The real purpose of GRC system is to turn parliament into an echo chamber, so the PM can hear the ch#15104912

I have always found the GRC system to be wholy fraudulent enterprise if not a very selfish and malicious invention.

Singapore had the NCMP system introduced in 1984, ostensibly to allow for opposition voices in parliament, but the real reason was probably to obfuscate the prejudice and  injustice of the GRC system as well as to create the myth that the political opposition was unreliable / weak (by depriving them of the chance to manage a town council/ no track record).

The fact that there is no necessity for the minority race MP to be part of the GRC after election results are declared only goes to show how fraudulent and malicious the GRC system was designed to be, just like the housewife who finds rotten apples in the bag on arriving home: the Hawlker had switched the premium priced produce which she had selected to others of an inferior quality in a split second. https://www.straitstimes.com/politics/s ... -chun-sing

The NCMP scheme when used for minority race representation would have been most fair to everybody as well as the opposition, who would have only themselves to blame if they were unable to enter parliament, since single seats are much more accessible to independents and small opposition parties, including those specialising in niche policy areas since single seat District elections very much balance the playing field, not to mention the much more frequent by-election giving all politicians additional chances to enter parliament. And minority races would be most proud of themselves when they could be elected as MP on their own accord and not as mere tokens or mascots, as the entry pass of a GRC to parliament. Minorities are forever sidelined and given token status so long as the majority remain just GRC entry passes to add to the assortment. Just as (according to senior minister of state Maliki Osman) that the NCMP scheme is fantastic for the opposition, the NCMP scheme should be even more fantastic for minority race representation too (without being a liability /nuisance to other races like allowing PAP to gerrymander to win votes).

So why do the over 89% of MP in parliament cheer and clap after the PM's every word? (assumes 12 opposition NCMP, 93 PAP MP, 9 PAP selected NMP). It actually will seem like 100% cheering the PM since NCMP are likely to be placed at far corners, out of sight and mind as well (having entered parliament on 'charity pass').

In fact, the NCMP for minorities system could even ensure much greater inclusivity and inclusion when the entire (democratically elected Parliament) allocated NMP seats for important social groups like main religions in Singapore , so the chief Buddhist abbot, Christian chief Bishop/ Pastor, Head of Muis etc could also be present on Parliament and highlight issues unique to their religion for a new and greater consensus to be sought. Even the Nature society could have a representative, allowed to speak and vote only on issues pertaining to their expertise or community and our model parliament would be a guiding light to the UN trying to achieve peace and harmony across the world.

Any why would  89% of MPs in parliament be so reverential and grateful to the prime minister? Truth be told, they have zero choice. As I have alluded to in prior posts, the PM needs just 23 loyal eunuchs to be heads to 17GRC, wherein all the other ordinary PAP MPs would do as told, since a by-election return to parliament is precluded by The Parliamentary elections act states in Cap 24, (2A)  "In respect of any group representation constituency, no writ shall be issued under subsection (1) for an election to fill any vacancy unless all the Members for that constituency have vacated their seats in Parliament." https://sso.agc.gov.sg/Act/PEA1954?ProvIds=P1III-#pr24- placing all GRC MPs between a rock and a hard place when voting along with their conscience is their decision.

Many GRC  MP's have hence sold their souls to the devil as their first rite of passage into parliament. They are now numb to just doing as told and leaving their conscience behind at the door. It must be surpressed for life to go on.

The prime minister has created an illusion of agreement and almost the whole of Parliament is consoled by  wearing of PAP issued rose tinted glasses.

Brainwashed Singaporeans live on their propaganda.

The prime minister is always consoled by his privately selected and bred  choir.  His son awaits to inherit the throne.


Reference :
'Without some assurance of a good chance of winning at least their first election, many able and successful young Singaporeans may not risk their careers to join politics,' Mr Goh Chok Tong, June 2006 ['GRCs make it easier to find top talent: SM']. 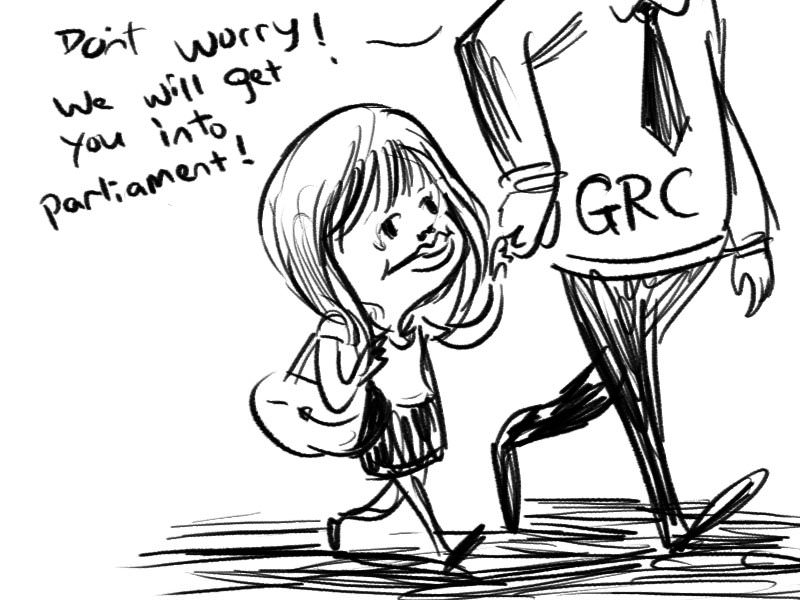 How the Singapore parliament works:

On some rare occasions, (like when the PM receives a premonition from God about doom), he will raise the whip and let MPs vote by conscience, but this is a true rarity, the default is that the whip is always in force. https://www.todayonline.com/singapore/e ... es-have-it
~ Matthew 25:40: "The King will reply, 'I tell you the truth, whatever you did for one of the least of these brothers of mine, you did for me.'"- (NIV)

Raising the minimum wage to 15$ an hour and forci[…]

EDIT: The FPM is Hezbollah's main ally in the c[…]

Russia has the National Research Center for Epidem[…]