Is it Moral to Support a Civil Rights Activist When They're A Bad Person? - Politics Forum.org | PoFo

Is it Moral to Support a Civil Rights Activist When They're A Bad Person?

Is it Moral to Support a Civil Rights Activist When They're A Bad Person?#15120404

Harvey Milk was an LGBT icon, who had a love of young boys. I encourage you to read the book "Mayor of Castro Street" for more information. Randy Shilts explains himself, how Milk had a long history of pursuing boys as young as 16. He was a near 50 year old man pursuing teenage boys. According to Gerard Dols and others, he would get into contact and convince them to run away from home to be with him in San Francisco. More than a few boys who had liasons with Harvey Milk, ended up suicidal soon after.

Harvey was purposefully putting these boys into a situation where they'd be susceptible to coercion, isolating them from their families. He would give them a place to sleep and food to eat, with the expectation of sex soon after. And it wasn't as if the boys could easily return home a day later. No, Harvey started relationships with them. And in the case of Jack Galen McKinley, Harvey would eventually tire of them and pursue other men.

If this was a 50 year old man pursuing 16 year old girls, the world would be in an uproar. But because the victims were boys, society has given Harvey Milk a free pass. Sexuality and gender are no excuse for sexual assault. Harvey Milk was a sexual predator. And his support for Jim Jones is just another reason why Harvey Milk Day, must be cancelled.

The source of these claims is "Mayor of Castro Street" by Randy Shilts. More thorough deep dive here ~ https://youtu.be/Ikab8wOXCX0

WHAT DO YOU THINK?
SHOULD WE SUPPORT CIVIL RIGHTS ICONS IF THEY'RE BAD PEOPLE? 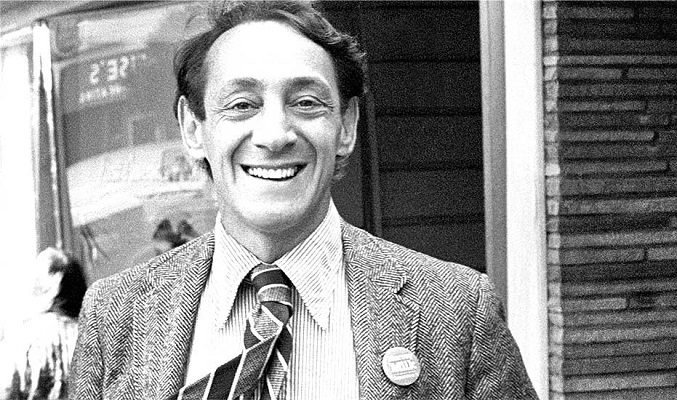 This is comparable to enjoying the artwork of a favourite creator even if you disagree with what the artist has done in their private life.
There is a crack in everything,
That's how the light gets in...

If referring to or analyzing the life of the said supporter of good causes, one can also mention the good and bad deeds he or she may have committed, indeed, it would be ethical to be honest about the actions of this person both the good and bad things of them. Whether the good deeds overcome the bad is something that depends on the listener/reader, but honesty should be there regardless of the final balance.