Sorry- no tracking chips, dyes or things. Just something to prevent the spread of a disease, and protect you. If you don't believe that, then you're a simpleton who ignores reality. Yes that's an ad hominem, but it's warranted for anti-vaxxers.
“Let me never fall into the vulgar mistake of dreaming that I am persecuted whenever I am contradicted.” ― Ralph Waldo Emerson

Scamp wrote:If it doesn't stop infection or transmission, is it really a vaccine?

Bro, vaccines are not defined as "stop infection or transmission". Even the first vaccines for smallpox (the reason we cal "(vacc)one comes from Latin Vacca, name for the cow, because we used cowpox as a vaccination for smallpox) did not prevent the disease, but rather turned it into something milder.
Even today, you can still get the flu if you got the flu vaccine, you still can get pneumonia if you get the pneumonia vaccine and you can still get hepatitis if you get the hepatitis shot. The whole point of vaccines is to prime your immune system into giving a more robust reaction to the actual disease. Sometimes we get lucky and this also translates into eradication of the pathogen and infection spread, but this is not a hallmark of vaccines, but rather a hope for them.

"...The CDC decided last month to change the definition of what a vaccine is for some reason. Now, we know why. Techo Fog obtained emails showing the definition was changed... because too many right-wingers were quoting the CDC definition."

<<>>><<<<<>>CONSPIRACY ALERT<<>>><<<<<>>
This is insane. If they changed anything it is to clarify after thousands of morons are misinterpreting the meaning of everything and going insane with conspiracy shit. Let's not forget your kind are perfectly happy taking horse ivermectin and fish chloroquine to avoid "science".

Are you the doctor person? If so, it figures.

I am not a doctor, but we have two medical professionals on this forum that have already responded to your blatant lies.

If you post a video that no one can watch, what do you expect as a reply?
“Let me never fall into the vulgar mistake of dreaming that I am persecuted whenever I am contradicted.” ― Ralph Waldo Emerson

If you wonder how authentic what he is saying actually is, then look at where he's getting his money from, to say this stupidity.

Educate yourself. Watching videos that only confirm your views is not how you do this. This man isn't a doctor and doesn't know shit.

Also, I'd suggest seeking help for your mental illness, and the delusion that you think your doctor is out to kill you.

CDC was quite right to deprecate the term "immunity." Immunity, as understood by the general public, does not (and cannot) exist - whether you're talking about mRNA tech or older types of vaccines.

Immunity, to the unscientific mind, implies a 100% blockade against a virus infecting a host. No such immunity is possible - only various levels of protection. Protection is a much better term.

Vaccination cannot prevent a virus from an initial infection, because that is not how immunity works. Your immune system recognizes a virus and deploys killer cells to attack, after the virus has infected its host.

What a vaccine does is provide an inactive target for the immune system, to allow it a rapid response when the real thing shows up. The defining feature of a vaccine is an anticipatory priming of the immune system, rather than directly attacking the virus itself (as do anti-virals like Paxlovid).

The human immune system provides a good level of protection, depending on various factors. But it is not a guaranteed immunity, whether aquired through vaccination or the disease itself.
The old world is dying, and the new world struggles to be born: now is the time of monsters. -Antonio Gramsci

Vaccines do not prevent transmission, but they can reduce it, and they provide you with a great resistance to the disease immunized against.

That is, of course, logical and reasonable. Your clear ignorance of vaccines, @Scamp, is not. CDC changed their definition because of anti-vax morons, who don't understand fuck-all.

The only disease totally destroyed by vaccines was Smallpox. Even so, some people got it still, before it was gone.

The boy on the right was vaccinated but still got Smallpox. 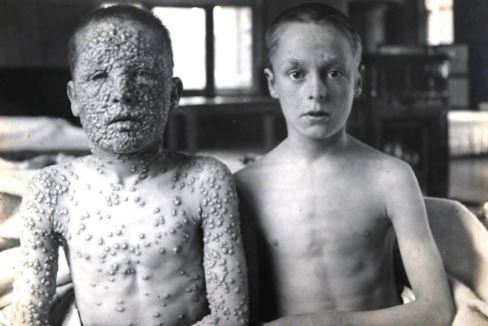 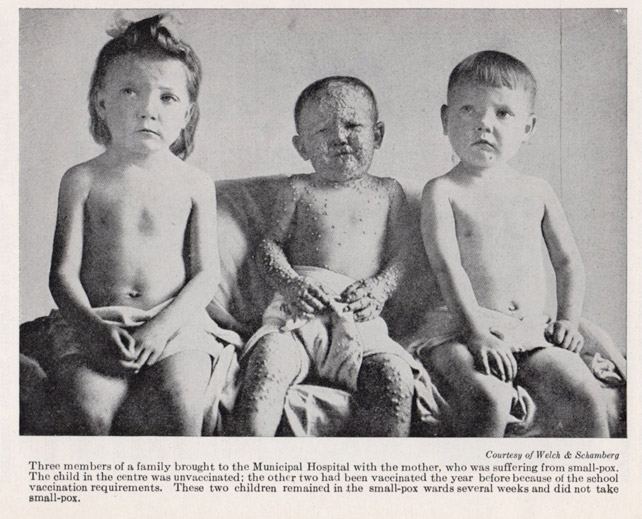 That is what vaccines can do for you. Any doctor will tell you the same, and getting your information about a vaccine from your favourite confirmation bias source on Youtube, isn't doing you any favours.
“Let me never fall into the vulgar mistake of dreaming that I am persecuted whenever I am contradicted.” ― Ralph Waldo Emerson

The rudeness and censorship is alive and thriving.

jaminhealth wrote:If the experimental jabs are so great why are they doing damage and people dying??

Are you the doctor person? If so, it figures.

They can cause some inflammation because that's what an immune response does. That's why your arm is so sore at the injection site, not to mention being stabbed with a needle. Inflammation also what happens if you get COVID.

The vaccines freak me out because inflammation is not good for the body, but it's better than getting a bad case of COVID.

He needs to be behind bars.

He does a great job, even when people like you go crazy, hostile, and potentially violent.

Sorry, about the mistake I made earlier, I said you were suckered. That is incorrect, you're brainwashed.
Facts have a well known liberal bias

1) All vaccine questions, arguments should be placed in this thread.
2) Insults will be dealt with direct bans, rather than warnings.
EN EL ED EM ON

jaminhealth wrote:Unthinking Majority: If I had a choice I'd take case of Covid vs a blood clot or damaged heart. And even if one gets a case of Covid, why think the worst, many have covid and don't even know. Keeping one's own immune system is KEY.

More have the vaccine and don't even have side effects

.
The chances of complications from covid are orders of magnitude greater than the chances of complications from the vaccines.
Studies show this.
My experience also shows this. For 2021 I had to fill several dozen death certificates for people dying from covid. Do you want to take a guess about how many death certificates I did for people that were vaccinated? Do you want to take a guess how many death certificates I had to fill noting "vaccine complication" or something along the lines? None! That's how many.
Last year I had hundreds of hypoxic covid patients under my care. I had 1 single patient with myocarditis who was good enough to be discharged home in 48h.
Counting the hits and ignoring the misses is a fallacy.

They would have fallen and bumped head, ended up in hospital and tested while in there and died, and death cert: Covid was cause. Never to mention the had injury. Hospitals have done so so much cheating and making mega money from govt.

Reply
Return to “Health & Education”
16 May

See how he apologized to the white guy cowering un[…]