Notices of a deaths of public figures or other significant or interesting people.

The Guardian wrote:Yannis Behrakis, one of Reuters’ most decorated and respected photographers, has died after a long battle with cancer. He was 58.

Behrakis covered many of the most tumultuous events around the world, including conflicts in Afghanistan and Chechnya, a huge earthquake in Kashmir and the Egyptian uprising of 2011.

He narrowly survived an attack on a convoy in Sierra Leone and led a team to a Pulitzer prize in 2016 for coverage of the refugee crisis.

The Reuters US general news editor Dina Kyriakidou Contini said “his pictures are iconic – some works of art in their own right – but it was his empathy that made him a great photojournalist”.

Behrakis was born in Athens in 1960. In January 1989 he was sent on his first foreign assignment for Reuters – to Muammar Gaddafi’s Libya. For the next three decades, Behrakis was regularly on the road covering violence and upheaval across Europe, Russia, the Middle East, Africa and Asia.

In 1998, covering the wars in the former Yugoslavia, he photographed an ethnic Albanian man lowering the body of a two-year-old boy who had been killed in the fighting into a tiny coffin. Behrakis took the picture from a high position and used a slow speed/zoom technique to create a dizzying sense of movement.

“The picture was very strong and the body of the boy almost floating in the air,” he said of the image. “It almost looked like his spirit was leaving his body for the heavens.”

Schork, one of Behrakis’ closest friends, was hit and died instantly, and Moreno was also killed. Behrakis and Chisholm survived the attack by crawling into the undergrowth beside the road and hiding in the jungle for hours.

“I think that changed Yannis a lot,” Chisholm said of the attack and Schork’s death. “He was a great character, a brilliant photographer, a great colleague.”

Behrakis said he hated war, but, like many others, he loved the travel, adventure and camaraderie that came with it. He said Schork’s “memory helped me to ‘return’ to covering what I consider the apotheosis of photojournalism: war photography”.

In 2015, Behrakis and a team of photographers and cameramen worked in relay for months to cover the thousands fleeing wars in Syria, Afghanistan and beyond. It was then that Behrakis took what many consider to be one of his best pictures – of a Syrian refugee carrying and kissing his daughter as he walked down a road in the rain.

“This picture proves that there are superheroes after all,” he explained. “He doesn’t wear a red cape, but he has a black plastic cape made out of garbage bags. For me this represents the universal father and the unconditional love of father to daughter.”

Behrakis is survived by his wife Elisavet and their daughter Rebecca, and his son Dimitri. 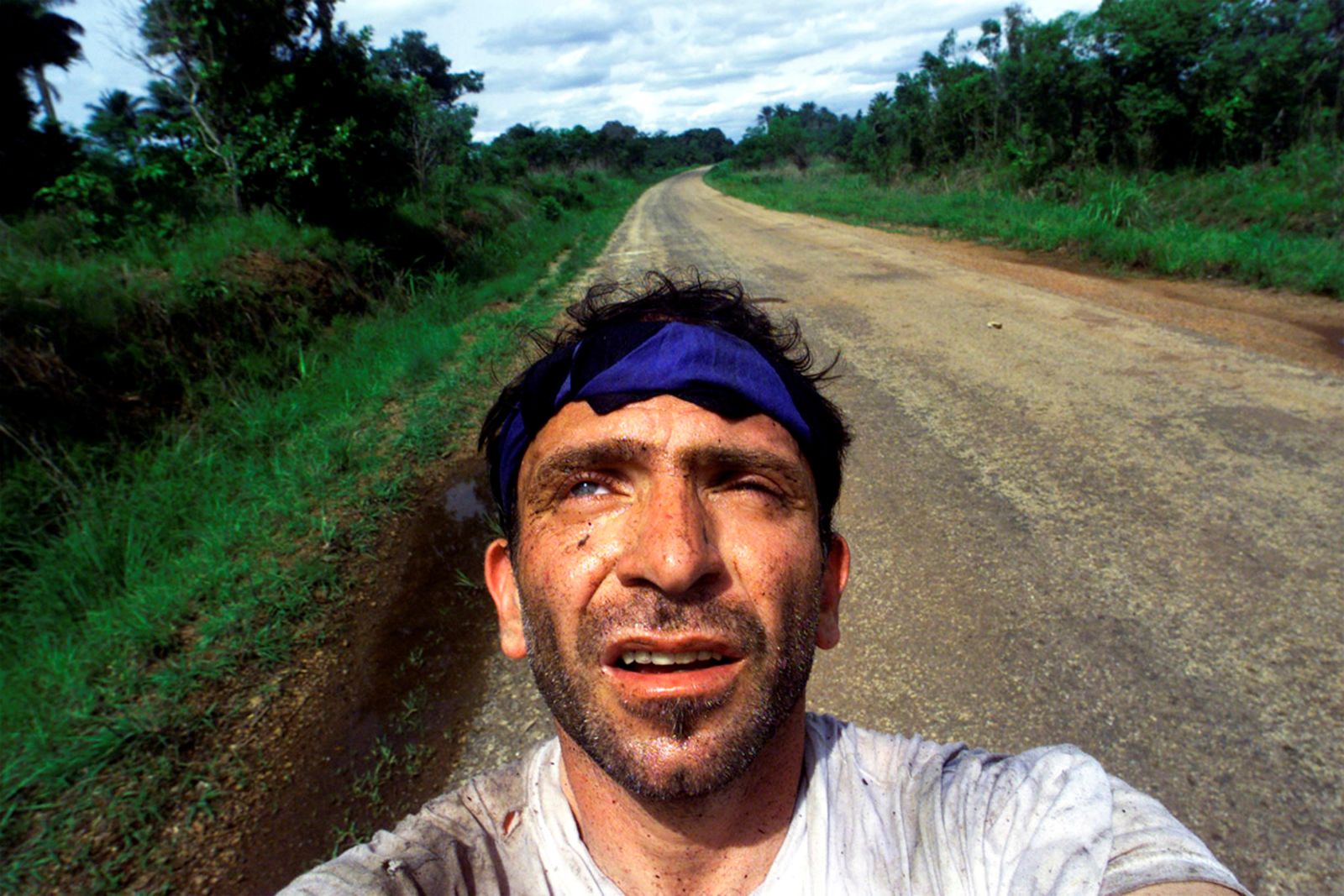 Albanian gunmen demand payment from civilians hoping to board a ship for Italy near the port of Durres, Albania, on March 3, 1997 An Albanian man pleads with a US Marine guarding a helicopter sent to evacuate US, Italian and Turkish nationals from Albania on March 16, 1997.

Two Albanians watch a US Marine helicopter take off from Golame Beach near the port town of Durres on March 16, 1997. 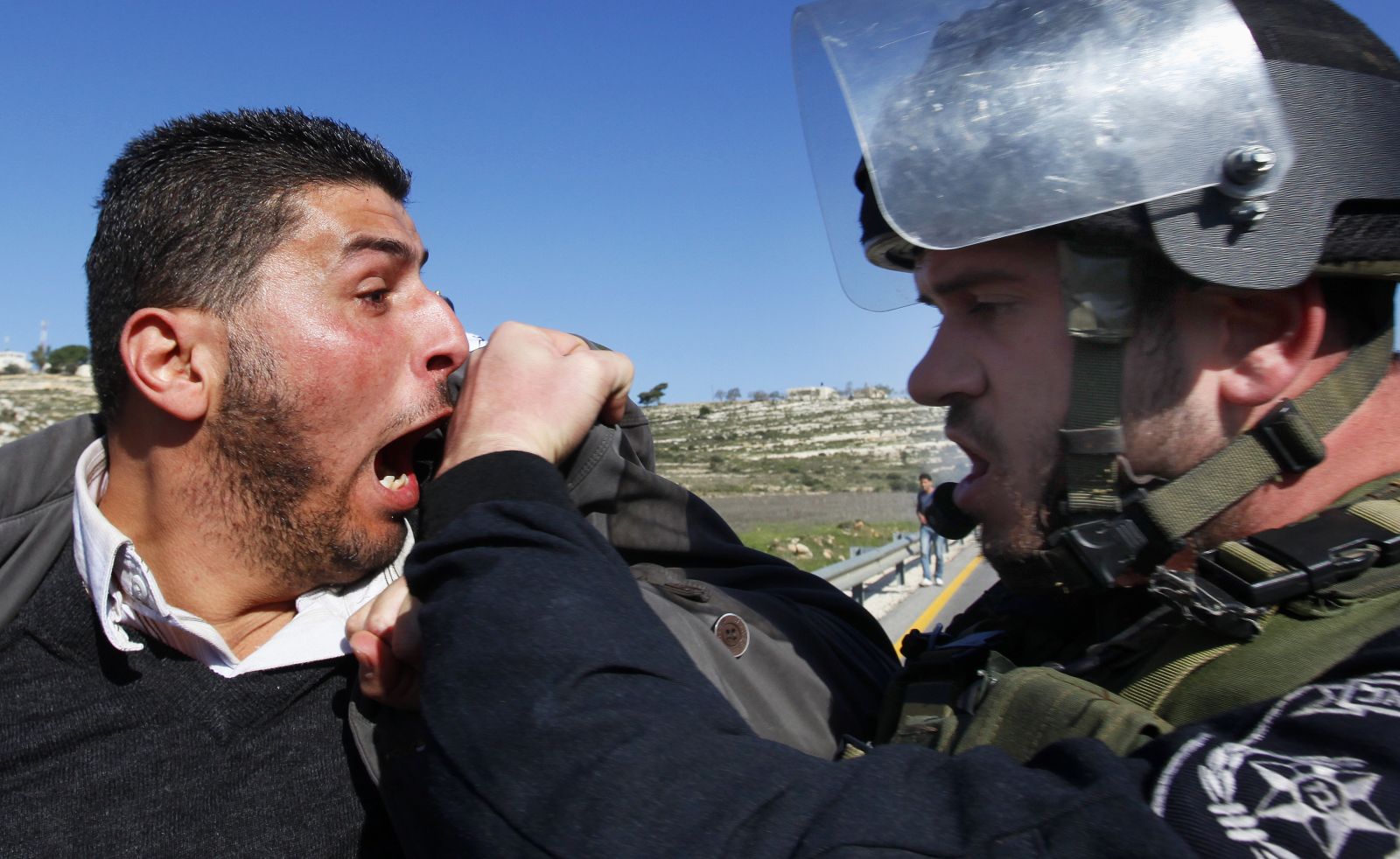 An Israeli border police officer scuffles with a Palestinian protester during a demonstration on January 15, 2010. 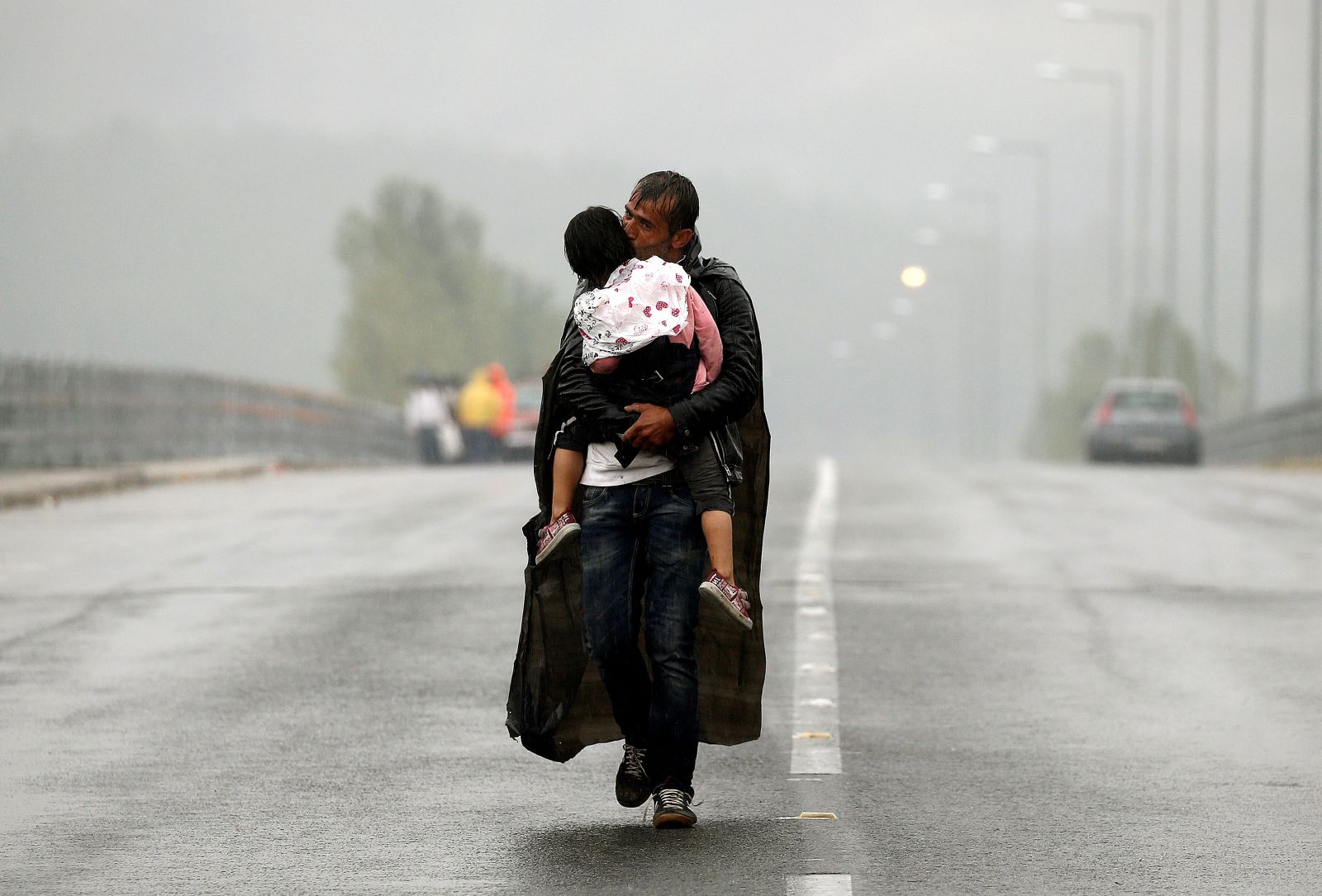 A Syrian refugee kisses his daughter as he walks toward Greece's border with North Macedonia on September 10, 2015. 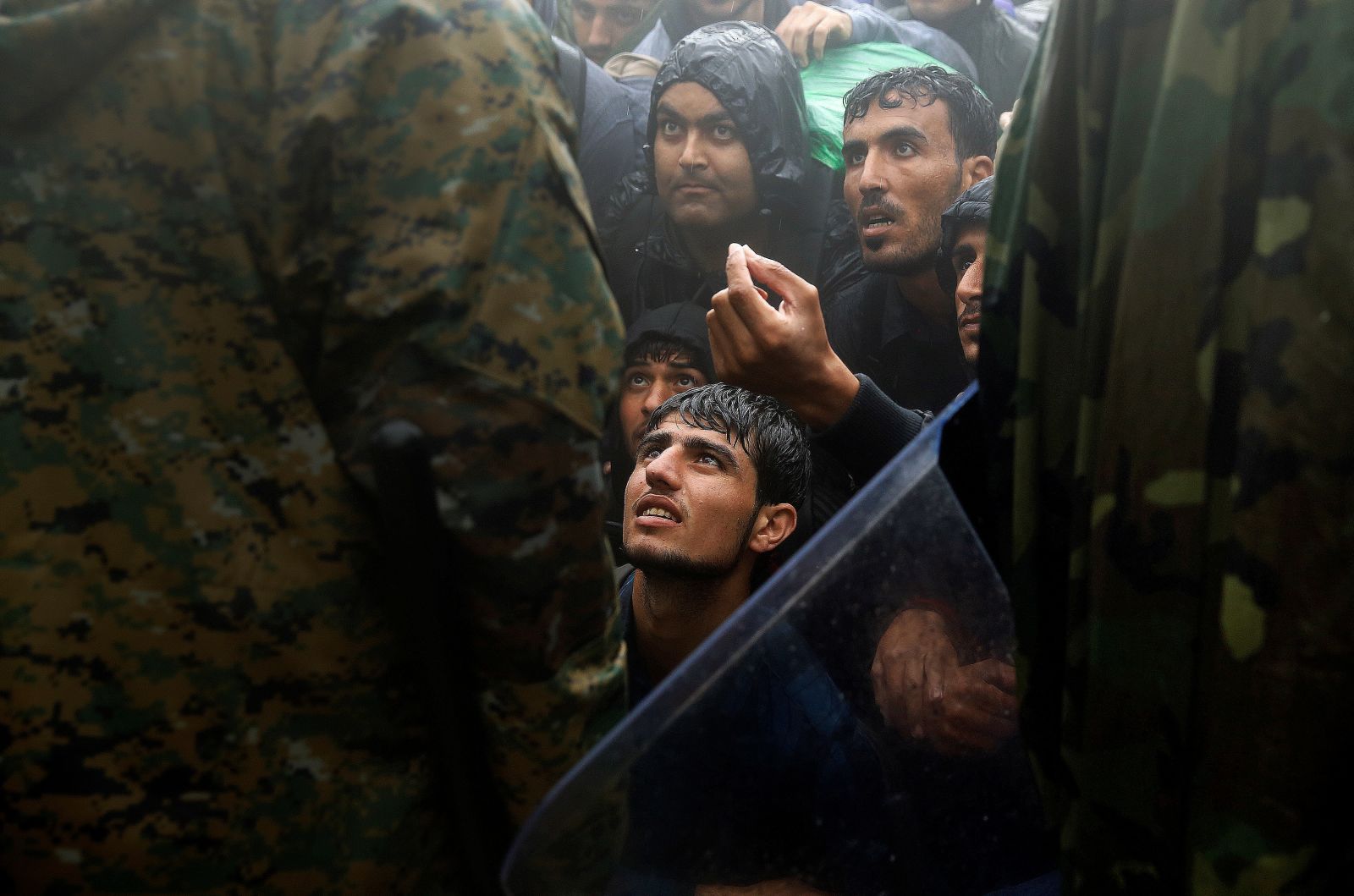 Migrants and refugees beg North Macedonian policemen to allow passage to cross the border from Greece into North Macedonia during a rainstorm near the Greek village of Idomeni on September 10, 2015 An overcrowded dinghy carrying Syrian refugees drifts in the Aegean sea between Turkey and Greece after its motor broke down off the coast of the Greek island Kos on August 11, 2015 Frantic Kurdish refugees struggle for a loaf of bread during humanitarian aid distribution at the Iraqi-Turkish border on April 5, 1991. 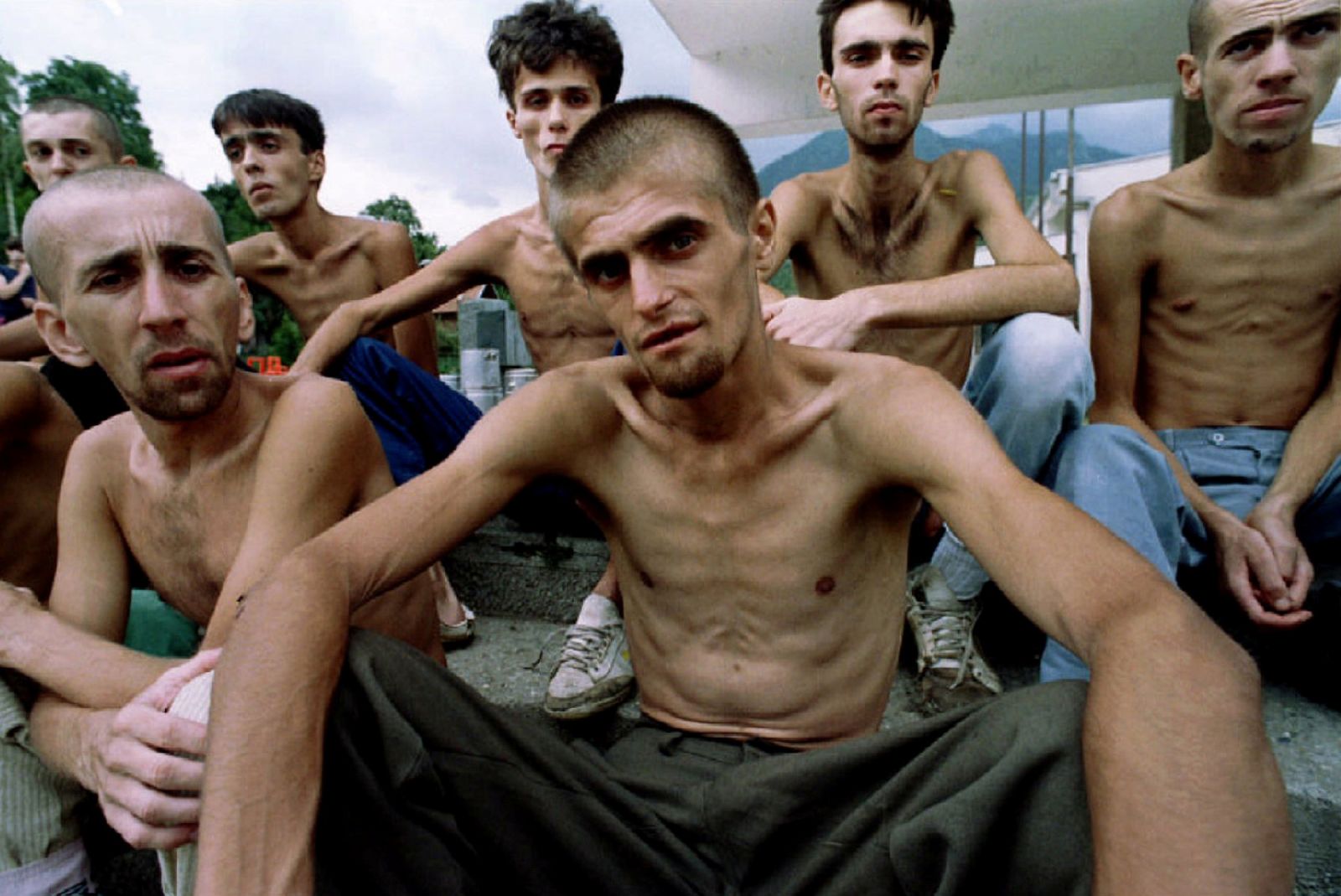 Emaciated Muslim refugees, recently released from a Croat prison in Dretelj, wait for lunch at a school in Jablanica, Bosnia, on September 10, 1993. 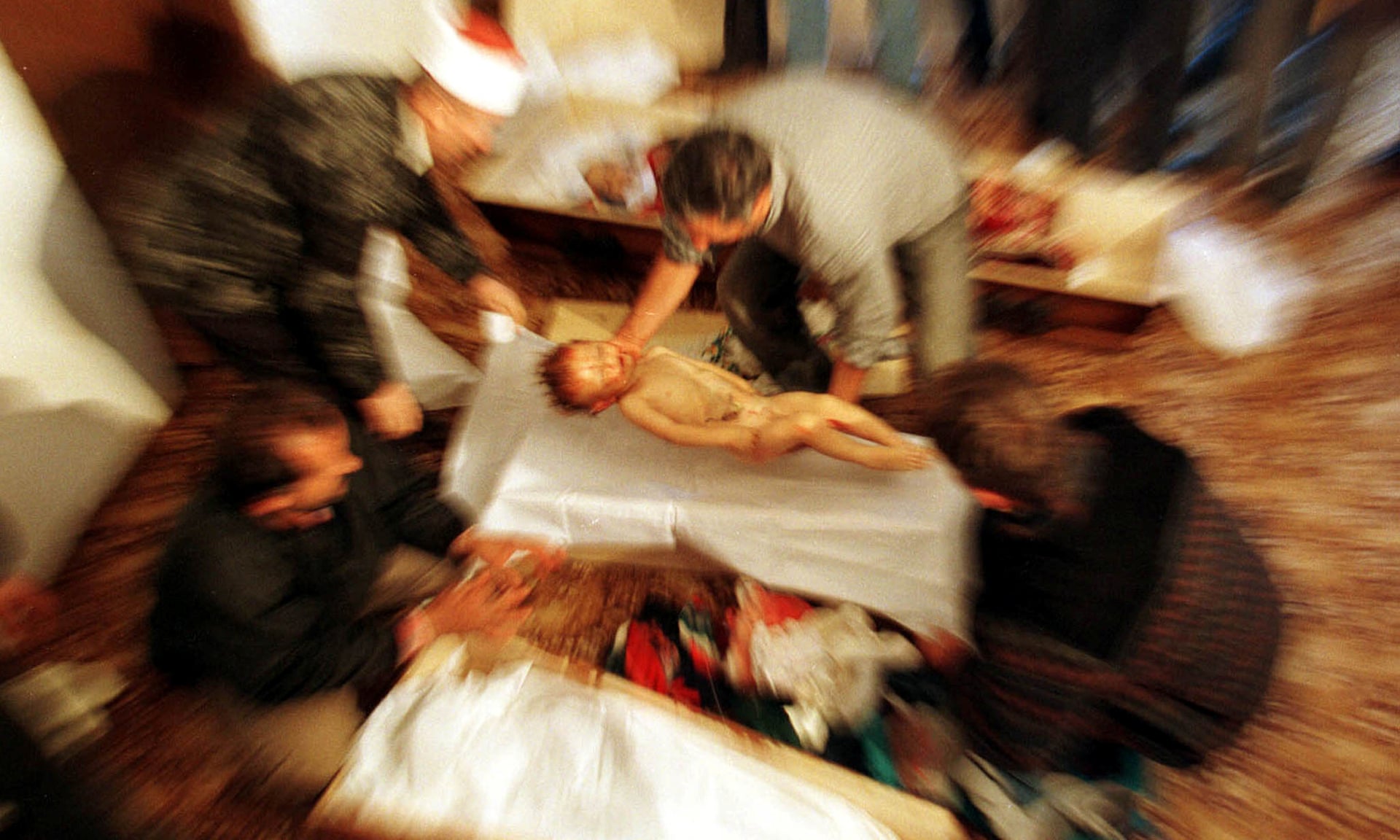 ‘It almost looked like his spirit was leaving his body.’ A man lowers the body of a child into a coffin in the former Yugoslavia, 1998
EN EL ED EM ON

While phasing out nuclear and coal at the same tim[…]

And yet, you're making statements indicating wher[…]

I'm anti abortion. And so yeah a good question. My[…]

If Kanye votes for himself, does that mean he isn'[…]