What Do You Collect? - Politics Forum.org | PoFo

What Do You Collect?

I used to collect guitars; mostly vintage. That got a bit spendy and, frankly, took up a lot of room. I was up to 37 at one point, along with about a dozen amplifiers. All of the vintage ones have been sold off. I now own only two guitars (one electric and one acoustic) and I'm quite happy with those.

I then got into watches and, to some degree, I still enjoy them. And, while I own several "luxury" brands, my favorite "daily wear" watches are by a company called Deep Blue; good, solid tool watches for a few hundred bucks. I also have some vintage pieces which belonged to my grandfather, my Dad and my step-Dad.

At the moment I actively collect two things. First are vintage cameras. Most are old Kodak bellows cameras, but I've got a few vintage 120 and 35mm camera, as well. For my birthday last year a buddy gave me a 110 Instamatic, with the original box, flash cube and instructions, and it's in pristine condition. I scour local thrift stores and online sale sites and am always amazed at what people think these are worth. More often than not, people ask way too much for what they have, believing that if something is old it must be valuable. Not the case with old cameras.

Also, as a photographer, and aside from their cameras, I collect almost anything Kodak. I've got a number of Nascar pieces (which are far and away the easiest to find) of various scale, but also race boats, tractor trailers and motorhomes. The latest edition is a British piece; a 1959 Morris delivery van in Kodak livery. One of these days I'm going to photograph the collection.

Howsaboutyou?
Courage is knowing that something will hurt and doing it anyway. Stupidity is the same thing. That's why life is hard...

Like 1
-  02 Jul 2019 22:11 #15015517
I used to collect coins as a child and I had quite a few. Today I no longer collect anything. Though I do like camera tech and try to keep up with new tech coming out of DJI phantom drones, gopro, garmin 360 and I also got a nikon d750. Aside from the Nikon I update the rest every 2 years and I mainly use it to document Greece and my Spartan homeland more particularly. I am now considering to sell the Nikon and replace it with a mirrorless camera cause we have stopped using it too much due to its size and weight. I 've got some nice Nikon lenses from the 70's which I got off ebay for very little money.

The main reason I bought the Nikon was for star photography, and I have got a respectable collection of milky way pics.
EN EL ED EM ON

― Richard Nixon, during his farewell speech, 1974.

Like
-  02 Jul 2019 22:35 #15015525
I used to collect some things. After a while I realized that collecting can easily and often does become a really unhealthy hobby if you get pretty serious into it. You are never satisfied, you always want more. It becomes just materialistic greed after awhile that can never be satisfied. This kind of strong attachment to material things is a pretty empty experience that doesn't provide much happiness, as cliche as that sounds.

The worst part is once you get that prized item, you easily get bored of looking at it after awhile.

So now I just stick to collections that come about organically as things I naturally desire. ie: When I was a teen I collected comic books, but I just amassed a collection after buying a lot of them that I would want to read. The majority of them I didn't buy just to "have them".
Last edited by Unthinking Majority on 02 Jul 2019 22:39, edited 2 times in total.
“Always remember, others may hate you, but those who hate you don't win unless you hate them, and then you destroy yourself.”

― Richard Nixon, during his farewell speech, 1974.

- rock collection, but I left them with my ex so he wouldn't feel too lonely without me.

Now I don't collect anything these days, besides Zionist-tears.

noemon wrote:The main reason I bought the Nikon was for star photography, and I have got a respectable collection of milky way pics.

Pics or it didnae happen.

You 'se seen this one: 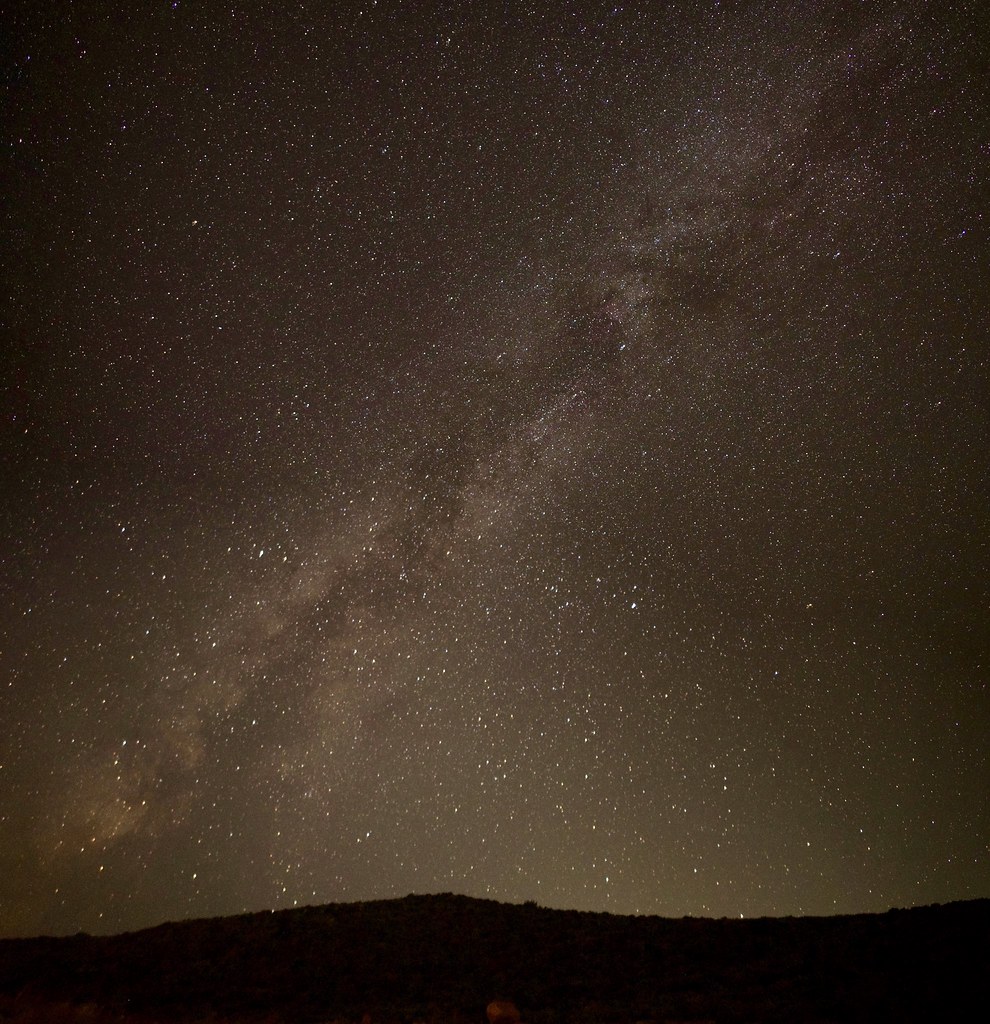 skinster wrote:Daaaaamn. That's beautiful. Please put that camera in your will for me, habibi.

You can borrow it if you like. This picture has not been processed at all. It just came out like that. You're in London now right? I'm in London twice a week. The only thing is these pictures come out best during new moons or before the new moon when there is minimal light pollution in the sky.
EN EL ED EM ON

noeman, I should be in London right now but some BS happened. Hopefully will be there permanently as of next week, even though I'm also there for the Palestine Expo this weekend (you should come!). Otherwise, we shall hang in London one day soon.

Seriously though, over my lifetime, many things have taken my interest, the most enduring are females, but, materially, the first things were matchbox tops, cigarette cards, stamps, marbles,stone age tools-implements.
When we aquired our first T.V in the 1950's,I was only interested in Patrick Moore's Sky at Night when it was first shown & he was then what you would now call a geek.
When television first came out, it was unaffordable for most families, children coming home from school would go round their school chum friends houses, where some 20 or so children would watch a box showing Popeye or slapstick comedy, on a 10 or 12 inch screen in Black & White.

I used to listen to the radio or wireless a lot as a youngster, I had an insatiable curiosity as to what makes things tick, I would look into the back of the wireless at the valves emitting electrons in a blue glow, which really impressed me, I would visually track all the traces from valves, capacitors, resistors to see how it all fitted in as a whole, I found that transformer hum was annoying & it occupied my mind for years how to eliminate it.

I am now into micro-electronics because, in the modern world with our deeper knowledge with understanding of physics, electronics is a triumph of human ingenuity compared to some 80 or more years ago.

I seem to have accumulated thousands of quality hand tools, electronics testing gear & many projects completed or not such as robotics.

That interest in electronics spreads into my interest in astronomy-cosmology, the topic of the big bang - black holes has long been something that has stimulated cerebral interest to myself having spent years in the Arctic with plenty of opportunity to study the lights in the sky, along with the Northern Lights.

It seems that what has been my interest, has links to each other in many ways & I feel that my life has much in common with the Victorians who cramped so much into a much shorter lifespan than is the norm now.

I also collect watches, I have had Omega, Longines, Tissot & Rolex watches.

I'm going to push a grand-daughters partner, to source me a co-axial Seamaster as a treat for myself, he is a top notch pawn shop manager, he buys & sells top Rolex watches in the many £K's.
My favourite watch that I own is a Tissot 150th Anniversay watch which has risen in value by quite a bit since I bought it, I also like SEIKO, of which I wear one daily, a titanium one that, although bought in the early 80's, has never stopped & there is not one mark on it.

That too has increased in value, buit, it is important to retain in pristine condition, the box, guarantee card etc that comes with a watch, otherwise it affects the selling value.
I have a decent collection of photographs on various topics ranging from, marine, landscapes,architecture, transport, period dress(particularly Victorian) & female singers that I have an affection for from around the world.

I used to have a Brownie Box camera, a magic lantern

, Yashica single lens reflex, Pentax, a Rollei & a couple of others.
Andre PREVIN : "Your playing all the 'wrong' notes" .

Like
-  03 Jul 2019 00:01 #15015553
I have pencils from my school days, pens. I used to get pencils for getting good grades and still have a lot. I cannot see myself burning them or throwing them out so they will be used. And some pencils are from Costco. I have a collection of earrings, some are from my mom and some I bought during and after college. Every now and then I find a pair that I like. The pearl earrings are among my favorite, always classy. For me earrings have memories connected to them. Also, I have a small collection of necklaces, bracelets, rings. I do not wear jewelry much especially since I exercise regularly.

Back when everyone was burning cds, I created my own mix cds for personal use. I still have some. Eventually I will get rid of them all. I now put all my music on my mp3 player. I got one from AGPTEK that I really like. I can use it while I exercise or during my workdays.

And who does not have a clothing collection? Different types of shoes, pants, shorts, blouses, t shirts, long shirts, tank tops, socks, under garments, jackets, coats, hats, scarves, mittens...etc. I might be starting a perfume collection. I like scents and some fragrances are soothing. I want to find another scent to try, can wait till December.

Si, me and my bike, Carl, are moving to Londonistan.

skinster wrote:Si, me and my bike, Carl, are moving to Londonistan.

My brother will be living near you. He's in east London, not sure which area specifically.
He recently obtained an executive position in Goldman Sachs, So he moved to London.

What Do You Collect?

noemon wrote:The main reason I bought the Nikon was for star photography, and I have got a respectable collection of milky way pics. 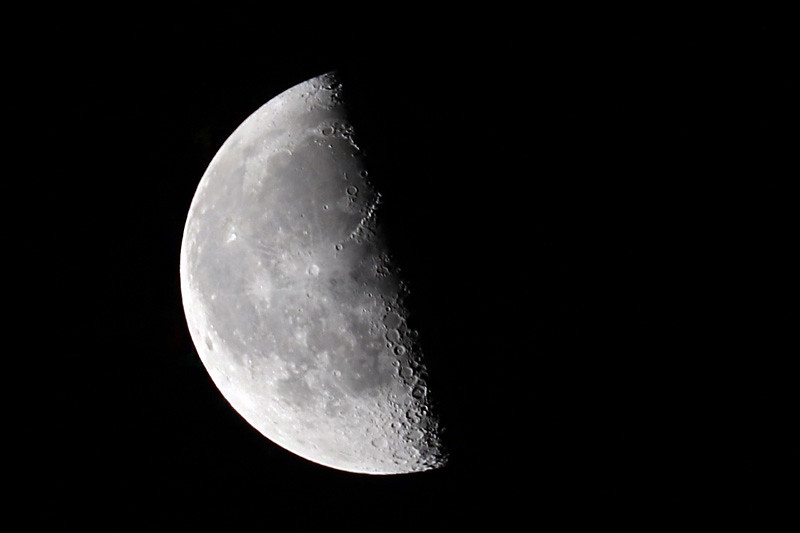 Courage is knowing that something will hurt and doing it anyway. Stupidity is the same thing. That's why life is hard...

noemon wrote:You can borrow it if you like. This picture has not been processed at all. It just came out like that. You're in London now right? I'm in London twice a week. The only thing is these pictures come out best during new moons or before the new moon when there is minimal light pollution in the sky.

Collect? I take photos and collect those I guess. Also never refuse a good coffee mug.
There is a race of men that don't fit in, a race that can't sit still; so they break the hearts of kith and kin, and roam the world at will.

If Kanye votes for himself, does that mean he isn[…]

The EU supports Haftar. The weapons embargo by the[…]

The pandemic in countries governed by populists as[…]