Sig 163 asks the sig-reader to research the history of Thalidomide, a drug that was commercialized to treat, among other things, morning sickness, in the early 1960s.

Never approved for widespread use in the USA, the drug nonetheless went on to be commercially exploited in Europe and Canada. We got this miracle drug to fight the scourge of morning sickness. And it ended up causing deformities in many children. 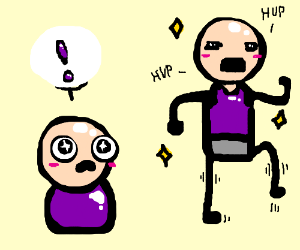 I have a personal story about this drug because I was born just before it was commercialized in Canada.
My mother did NOT take this drug while pregnant with me.

But my mother DID take this drug for her second pregnancy, right after I was born, and she ended up having a legless, armless blob die inside her womb.

If that drug had been commmercialized just a year earlier, I wouln't be typing this OP right now.

Many mothers gave birth to babies with deformed arms, lungs, etc. Some of these humans were salvagable and lived long enough to ask for compensation.

Compensation to victims is ongoing.

Ron Unz wrote:By 2015, 98 million Americans—more than one-third of all adults—had been prescribed opioids and the level of drug overdoses and other deaths of despair reached 158,000 per year by 2017. So by 2015, 33% of Americans had been given an opioid by their own doctor. And the Opioid Family got rich, rich, rich!

Like
-  29 Jan 2022 14:51 #15209408
In the 1960s, when the new miracle drug Thalidomide was being prescribed by medical experts to pregnant women, other experts (on TV, so massively accesible and influential) were encouraging people to smoke cigarettes. Because the experts do.


Doctors in every state in the union were asked "What cigarette do you smoke doctor?"

Look at all those experts TM who chose "Camels."

What use to ordinary people are expert testimonials when the experts in question are also paid mercenaries?
And how many rich people in your society are NOT mercenaries?

This is a quote from Qadhafi, who was answering questions after an International Symposium on his political thoughts and philosophy in Madrid in 1980.

Reply
Return to “Signatures & Avatars”
17 May

So Ireland does not have a civilized judiciary, g[…]

Huberman is not anti vax. He’s a neuroscientist an[…]

Well, NY in its infinite wisdumb doesn't have the[…]