Like
-  04 Jul 2022 17:57 #15236951
Nor have We been wanting in attentions to our Brittish brethren. We have warned them from time to time of attempts by their legislature to extend an unwarrantable jurisdiction over us. We have reminded them of the circumstances of our emigration and settlement here. We have appealed to their native justice and magnanimity, and we have conjured them by the ties of our common kindred to disavow these usurpations, which, would inevitably interrupt our connections and correspondence. They too have been deaf to the voice of justice and of consanguinity. We must, therefore, acquiesce in the necessity, which denounces our Separation, and hold them, as we hold the rest of mankind, Enemies in War, in Peace Friends.
We, therefore, the Representatives of the united States of America, in General Congress, Assembled, appealing to the Supreme Judge of the world for the rectitude of our intentions, do, in the Name, and by Authority of the good People of these Colonies, solemnly publish and declare, That these United Colonies are, and of Right ought to be Free and Independent States; that they are Absolved from all Allegiance to the British Crown, and that all political connection between them and the State of Great Britain, is and ought to be totally dissolved; and that as Free and Independent States, they have full Power to levy War, conclude Peace, contract Alliances, establish Commerce, and to do all other Acts and Things which Independent States may of right do. And for the support of this Declaration, with a firm reliance on the protection of divine Providence, we mutually pledge to each other our Lives, our Fortunes and our sacred Honor.

Like
-  04 Jul 2022 18:21 #15236954
We are free today because regular men possessed military arms and the will to fight.
Our civilian militia beat what was considered the most well-trained and disciplined military in the world.
Sic Semper Tyrannis

Scamp wrote:
We are free today because regular men possessed military arms and the will to fight.
Our civilian militia beat what was considered the most well-trained and disciplined military in the world.

That's why Washington dumped the militias and formed an army..

You ever get within a country mile of reality?
Facts have a well known liberal bias

Scamp wrote:Rebellion is our heritage.

" for it is as the sin of witchcraft to rebel, and as the sin of idolatry, to refuse to obey"
There is every reason to believe that Nietzsche turned away from Christianity because the Christians, taught by Aristotle and the Stoics, completely forgot the primordial jubere and remembered only the parere which follows it. 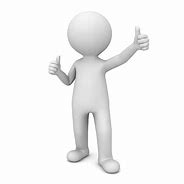 late wrote:
That's why Washington dumped the militias and formed an army..

You ever get within a country mile of reality?

That's why at the end of the day, it really all dependent on who or what the military is loyal to. Single person like Trump, or the actual constitution.

A professional military will mop the floor with toothless LARPING militia hillbillies. Lots of right wing groups know this, which is why they are trying hard to infiltrate various law enforcement agencies and the military. That is where a key danger lays.

EDIT: The shooter is still at large. The whole place is a ghost town.

That's what they said about Vietnam and the Taliban too. America's uneducated hillbillies are armed with AR-15s and body armor and pickup trucks with big American flags flying from them.

I think most Americans are very patriotic and like democracy and the constitution. Trump's lies worked on some people because he convinced them that the other side was doing undemocratic things and that he actually won the election.

In 1859, after the plantation on which Shields "Emperor" Green works in Charleston, South Carolina, is gambled away by his master, a cruel new overseer tortures Shields and whips his son Tommy. In retaliation, Shields kills the overseer and flees. Shields' wife Sarah is killed during his escape.

Shields evades capture on his way north and learns that a bounty has been placed on his head. His master and neighboring plantation owners hire bounty hunter Luke McCabe to catch him. Shields is found by Truesdale, who gives him refuge in his house despite his wife Delores' objection; however, the next day, Truesdale turns on him and forces Shields to lock himself in a cage, revealing his intention to wait for the bounty hunters to capture Shields for the reward money. Delores kills Truesdale and frees Shields, who takes the responsibility for the latter's murder.

Shields meets up with a young bank robber, Rufus Little. McCabe and his men pursue them and almost catch them, and Little dies from the injuries in the process. Shields takes his gun and looted money and meets up with Levi Coffin (a real Quaker abolitionist) at his cabin. There, he gives him the money to buy his son's freedom. After McCabe appears, Shields heads to Maryland where meets John Brown and Frederick Douglass, who is preparing the raid at the Harpers Ferry. Shields agrees to join them to fight for the end of the slavery.

Shields, Brown and his men take over Harper's Ferry. United States Army Colonel Robert E. Lee and his forces retake it and most of Brown's men suffer casualties. As Shields rides away on a horse, McCabe shoots and wounds him. Shields takes refuge at a church, but McCabe and his men track him down. During a gun battle. Shields climbs to the spire, pursued by McCabe, and blows it up as he leaps into a river to make his escape. Coffin buys Tommy's freedom and takes him to Shields.

In 1890, his son writes a book about him and takes it to a publisher.

Saeko wrote:There was a mass shooting in Highland Park (Chicago) today, at a 4th of July parade.

EDIT: The shooter is still at large. The whole place is a ghost town.

They just caught the person of interest

Judging by his complexion, I'd say he's getting a burger and fries. 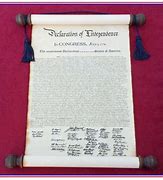 Saeko wrote:Judging by his complexion, I'd say he's getting a burger and fries.

Maybe he'll have those after he gets some jail shower fun. He's like 120 lbs - he'll be the jail's bitch.

He's also a rapper it seems.

Like
-  05 Jul 2022 03:02 #15237025
Shinto's rise in Korea is directly associated with the Japanese government's ideological use of the traditional folk practices of Japan, later described as "State Shinto." The Japanese built almost 400 shrines in occupied Korea, and worship was mandatory for Koreans. However, the State apparatus declined to fully incorporate Tan'gun into Chosen Shrine, which housed only the kami of Amaterasu Ōmikami and Emperor Meiji. Japanese government struggled to incorporate Korean nationals into leadership roles at the shrines.[7]: 66

Imperial Japan interpreted Shinto as a "suprareligious" institution based on a set of traditions, rather than moral instructions.[1] As such, requirements to participate in Shinto ceremonies were not deemed to be a violation of the Meiji-era's freedom of religion doctrine. This was the position of the state, later described as "State Shinto," and not necessarily followed by priests or practitioners of Shinto.[2]

I did some grilling. Scamp and I did a video call, lamented the loss of Confederate freedoms like owning slaves, and we may have mutually masturbated without making eye contact, but I had so much whiskey at that point that I'm not sure what actually happened. Thanks for a wonderful time @Scamp
"I don't know if you're a detective or a pervert."
"Well, that's for me to know and you to find out."

@Mike12 You spam the forum. Change your dealer,[…]

According to " Bloomberg ", European i[…]

No, AFAIK Brussels is not a real Gov. because i[…]