It's all lies, all of it and I'm sick of it. Kick a dead man for money and ratings. HBO should be ashamed.

Great videos on it:


Can't wait till the Audience Rating gets unlocked on Rottentomatoes. HBO is going to get slammed, money grubbers that they are. Going to be fun.

Like
-  02 Mar 2019 07:48 #14991600
Nobody will ever know for sure colliric, but to me it appears people wish it weren't true rather than thinking rationally over it. This isn't the first time someone has shouted out "abuse" whilst sleeping over at Neverland. I suppose it is quite possible that every single claim is false but I suspect if Michael Jackson wasn't such a great musican and idol that people would at least of questioned his behaviour more than they did. He did after all admit to sleeping in the same bed with minors during a Bashir interview.

Like
-  02 Mar 2019 08:06 #14991602
Jackson's 2005 Lawyer is right, the $20 million dollar 1993 payoff by his insurance company opened up Pandora's Box. He should have fought it tooth and nail, instead his lawyers (understandably) gave him the advice to get rid of it and get back to his music career. He could earn $20million in a week back then. Sony everyone else businesswise connected to him wanted him to get back on the horse too. It's a shame. It's too tempting for the Sharks to try and "get a piece of the action".

Put a bunch of people in front of YouTube for 80 minutes and play a shitty "rebuttal" on the screen and they'll believe anything like lemmings without question.

His admitted behaviour with children was deeply abnormal. He had to admit that, but he stopped just short of admitting the criminal stuff. And with the best lawyers in the world, he avoided the criminal charges.

I cannot understand why people love him so much that they'll defend his corpse from the obvious accusations. He knew how to write a good tune, sing and dance, but that doesn't make him a hero.

The dude turned himself white with vitiligo. He was the first public trans-racial person and the media remained silent on the topic.

Personally, I think his earlier work with Quincy Jones was superior to the stuff from Bad forward that he produced himself.
"If you have a problem figuring out whether you’re for me or Trump, then you ain’t black."
-- Joe Biden to DJ Charlamagne tha God

I have heard that this is quite normal in the world of showbiz. It was Wade Robson's showbiz mom who put him in the risky situation as a willing victim, to get his foot in the door of the entertainment industry. Robson ended up becoming a renowned choreographer who has worked with Britney Spears and N*Sync and it paid off. Probably Robson still wants to be relevant in the entertainment industry by appearing in the documentary.

Wade Robson, a 7-year-old dancer of exceptional mobility when he met Jackson, tells a similar story of seduction and betrayal. In some ways, Robson’s account is sadder. While watching the film, it feels like Robson grew out his blond hair in a hopeless attempt to match the Michael’s jheri curls. Joy Robson, in typical showbiz-mom fashion, devoted herself to Wade’s career to the exclusion of her other children and husband, who was suffering from bipolar disorder. In 1990, Jackson gave the family their golden tickets to Neverland. Unlike the Safechucks, the Robsons were granted an RV trailer for a Grand Canyon trip as distraction while, according to Wade, he and Jackson had sex.

Along with its central pair of stories, Leaving Neverland contains material for another documentary about the credulity of parents. In the film, the confidence with which the Robsons and Safechucks evade the conflation of stoking their kids’ ambition and reveling in their access to privilege is striking. Mothers Stephanie Safechuck and Joy Robson project the sincerity of parents who might otherwise worry about leaving their kids alone at the park jungle gym for fear of guys like Michael Jackson. Yet they are also presented as willing victims, if not accessories. And their good cheer gets wearisome, if not chilling, as Leaving Neverland runs on; Joy Robson in particular can’t stop punctuating her self-effacing cracks with smiles. But they get their comeuppance. Upon learning about Wade’s secret life and the extent to which he was still sifting through the wrack of his ruined childhood as a man in his 30s, Joy confesses: “He told me that he felt no emotion for me.”

Like 1
-  02 Mar 2019 19:24 #14991720
The only issue I think I'm going to have with documentary is that I know it will be biased. With such a topic in needs to be impartial. Allow both sides to bring forward their viewpoint. Although with Jacksons unusual behaviour red flags should have been flying everywhere.

2. So far, five boys Michael Jackson shared beds with have accused him of abuse: Jordie Chandler, Jason Francia, Gavin Arvizo, Wade Robson, and Jimmy Safechuck. Jackson had the same nickname for Chandler and Arvizo: “Rubba.” He called Robson “Little One” and Safechuck “Applehead.”

3. Jackson paid $25 million to settle the Chandlers’ lawsuit, with $18 million going to Jordie, $2.5 million to each of the parents, and the rest to lawyers. Jackson said he paid that sum to avoid something “long and drawn out.” Francia also received $2.4 million from Jackson.

4. Michael Jackson suffered from the skin discoloration disease vitiligo. Jordie Chandler drew a picture of the markings on the underside of Jackson’s penis. His drawings were sealed in an envelope. A few months later, investigators photographed Jackson’s genitalia. The photographs matched Chandler’s drawings.

5. The hallway leading to Jackson’s bedroom was a serious security zone covered by video and wired for sound so that the steps of anyone approaching would make ding-dong sounds.

7. According to the Neverland staff interviewed by the Santa Barbara authorities, no one ever saw or knew of a woman spending the night with Michael Jackson, including his two spouses, Debbie Rowe or Lisa Marie Presley. Rowe, the mother of two of Jackson’s children, made it clear to the Santa Barbara authorities that she never had sex with Jackson.

8. The parents of boys Jackson shared beds with were courted assiduously and given myriad expensive gifts. Wade Robson’s mother testified in the 2005 trial that she funneled wages through Jackson’s company and was given a permanent resident visa. Jimmy Safechuck’s parents got a house. Jordie Chandler’s mother got a diamond bracelet.

9. Two of the fathers of those who have accused Jackson, Jordie Chandler and Jimmy Safechuck, committed suicide. Both were estranged from their sons at the time.

10. In a 2002 documentary, Living with Michael Jackson, Jackson told Martin Bashir there was nothing wrong with sharing his bed with boys.

It is a long article, I posted only the 10 salient points.

I prefer "innocent until proven guilty", personally, but your principle is definitely the way society is going.

Michael Jackson was a strange and troubled man, but I don't believe he was a paedophile. The fact he was cleared despite a full frontal assault from international media before and during his trial is quite telling.

This film, no matter how "powerful" it is supposed to be, is the equivalent of a court case where the defence is not allowed to cross examine witnesses, presents no case of its own, and the judge instructs the jury to believe the prosecution's star witness at all costs.
"Perhaps you want me to die of unrelieved boredom while you keep talking." - Martin Luther

Libertarian353 wrote:This is rare moment to be in an agreement with colliric here.

This must be an auspicious day, when @Libertarian353 is defending a white person ! 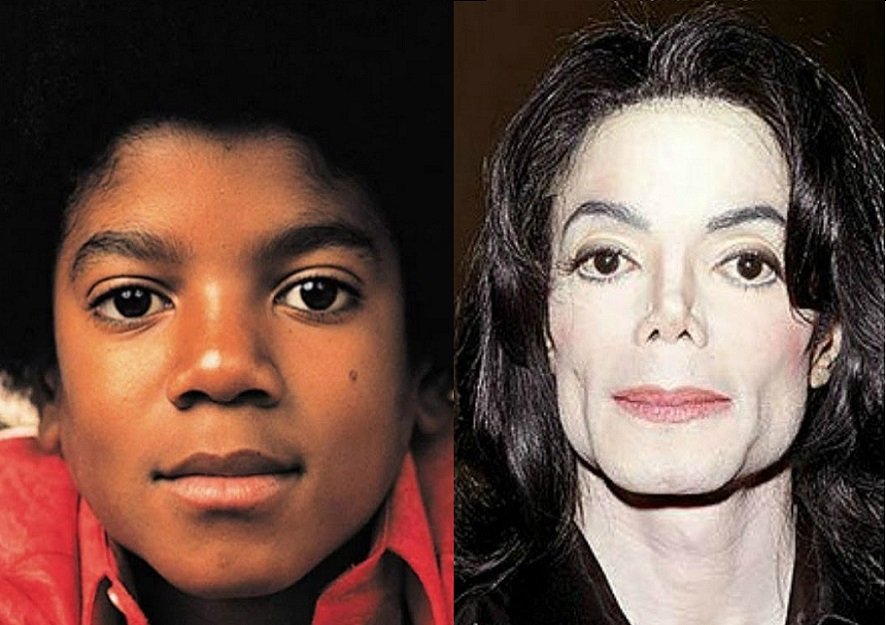 How the fuck are people still arguing on Trump's b[…]

@wat0n And I am pointing out that this does n[…]