"He’s being treated in the way that political prisoners are treated all over the world." John Pilger’s visit to Julian Assange in Belmarsh.

John Pilger was interviewed by Afshin Rattansi on 21 August. In this wide-ranging interview he gives an alarming update on the health and conditions of Julian Assange who he visited in Belmarsh prison 10 days earlier. Pilger, a tireless campaigner for Julian, says he was shocked to see Julian’s continuing weight loss and describes his conditions of isolation and lack of facilities to prepare his defence against US extradition...
“The crisis consists precisely in the fact that the old is dying and the new cannot be born; in this interregnum a great variety of morbid symptoms appear.”

...I wrote a series of articles about the ways in which the psychological vulnerabilities in the human reality-processing system have been exploited over many years in order to smear Julian Assange, and drive desertion from WikiLeaks. I placed this in the context of a 2008 Defence Department cyber-counterintelligence document that outlined a plan to destroy the “trust” at WikiLeaks’ “centre of gravity.”

Put briefly, the human reality-processing system is vulnerable to exploitation in that it is driven powerfully by emotion. Unless human beings are particularly motivated to be accurate, emotion tends to unconsciously direct our thinking much of the time, such that we accept versions of reality that “feel” true. So pervasive is this tendency that one scholar of cognition has described reason as a “gun for hire” in service of emotion.

In the case of WikiLeaks and Julian Assange, this human vulnerability has been relentlessly exploited by pairing Julian Assange’s name and face with negative associations and emotions, thereby pinning an emotional bullseye to his head, causing negative information to stick. Using such methods, including via Russiagate, every effort has been made to turn reality on its head such that peace is bad, war is good, truth is dangerous and censorship will set us free. The ultimate goal has been gaining public consent not only to persecute Julian Assange and “take down” WikiLeaks, but to treat public interest journalism as public enemy number one...

Roger Waters has defended Julian Assange a number of times in the past. He continues to speak up and now sing for his Freedom! John Pilger is a guiding light in the struggle for Human Rights Press Freedom and a personal friend of Julian Assange.

Stardust wrote:See Roger Waters on Monday 2nd/Sep/19 in London, performing "Wish You Were Here" in support of Julian Assange:

I was at this last night, a few thousand others were too. Was very good.

Media blacks out Roger Waters’ performance in defence of Assange

A large crowd rallied outside Belmarsh Prison in London on Saturday as jailed WikiLeaks publisher Julian Assange received the Gavin MacFadyen Award 2019—the only journalism prize given by whistle-blowers. Assange’s father John Shipton accepted the award on his son’s behalf.

Saturday’s rally was the first outside Belmarsh Prison since District Judge Vanessa Baraitser ruled September 13 that Assange would not be released despite the end of his sentence on a trumped-up bail infringement. He is now being held in remand over a US extradition request and faces Espionage Act charges carrying a 175-year prison term...

I was there. T'was a good turnout. Here's some footage of the event:
Free Palestine.

Unfortunately, the attached video doesn't open here. I'm not sure if it's the same case anywhere else.

Upcoming October and November Events in support of Julian Assange, organised by JADC

Like
-  23 Oct 2019 16:19 #15044277
Protesters gathered in front of Westminster Magistrates Court in London, on Monday the 21st.October, to express their support for Julian Assange, and demand his imminent freedom. 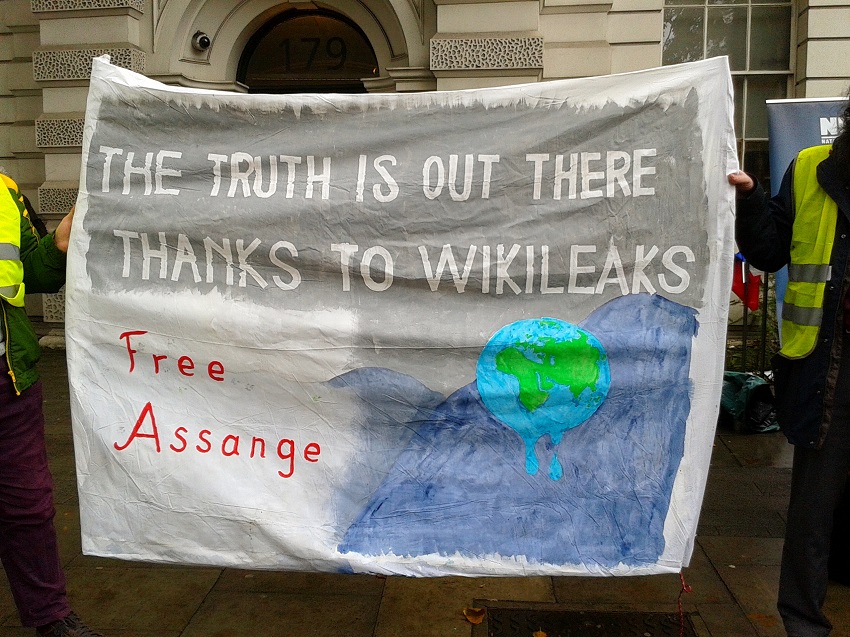 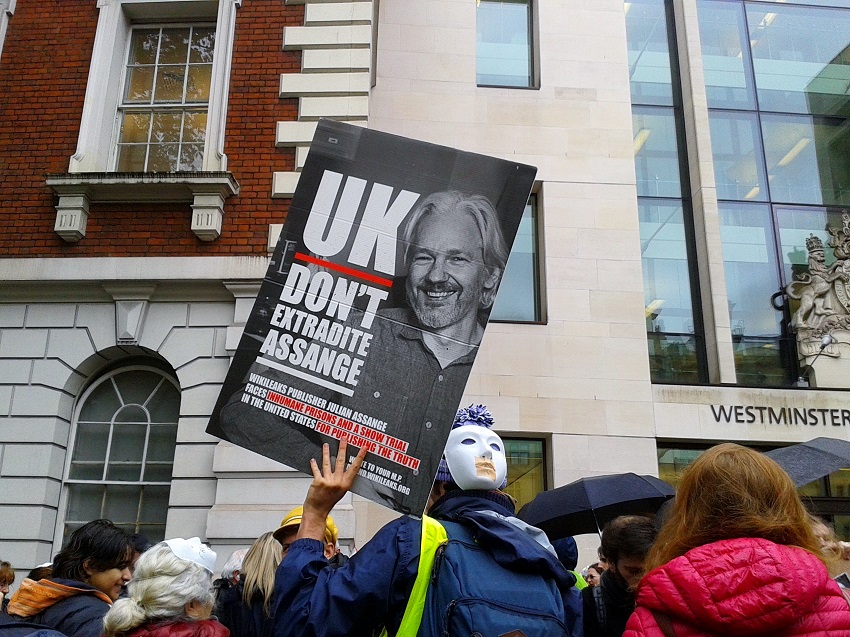 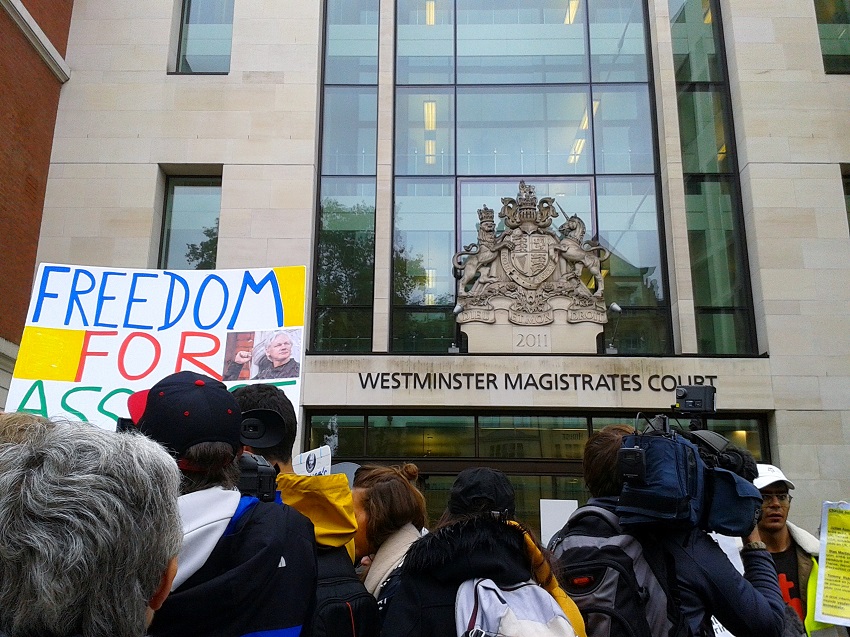 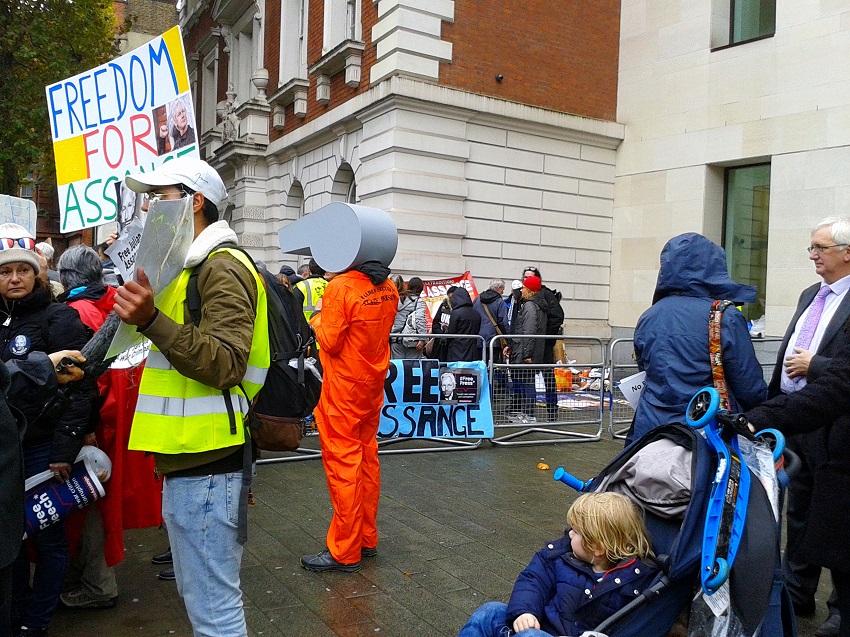 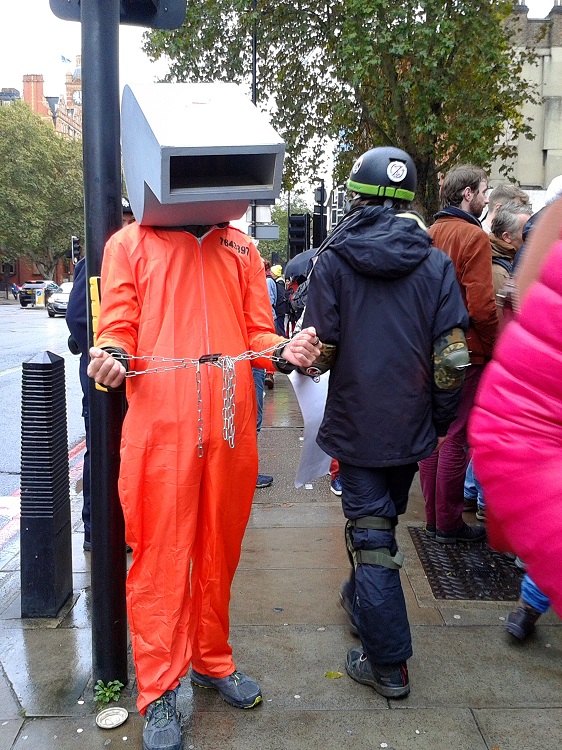 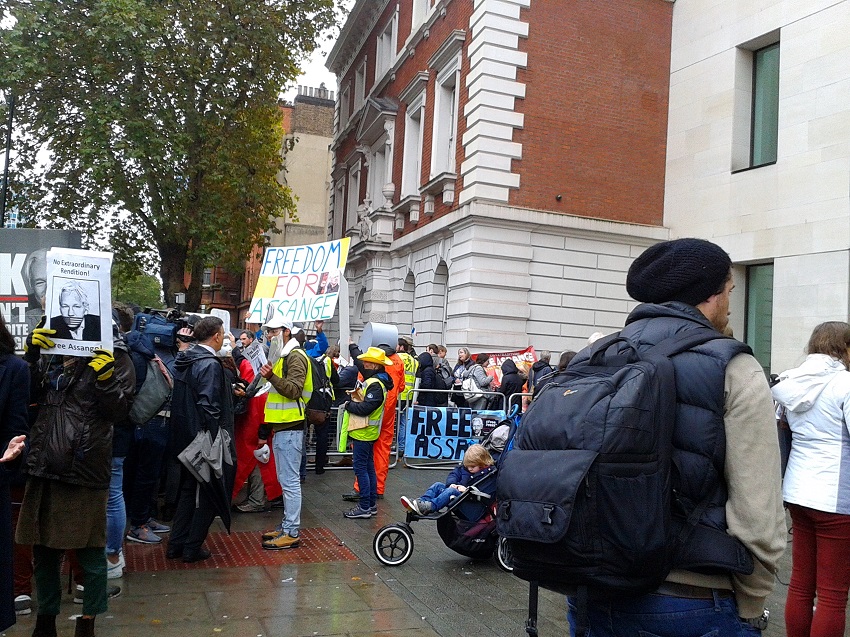 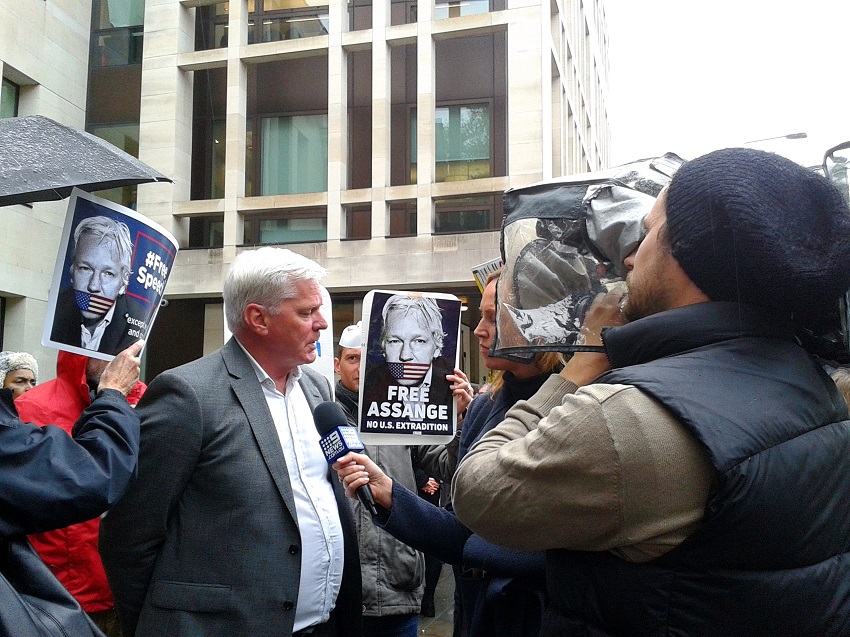 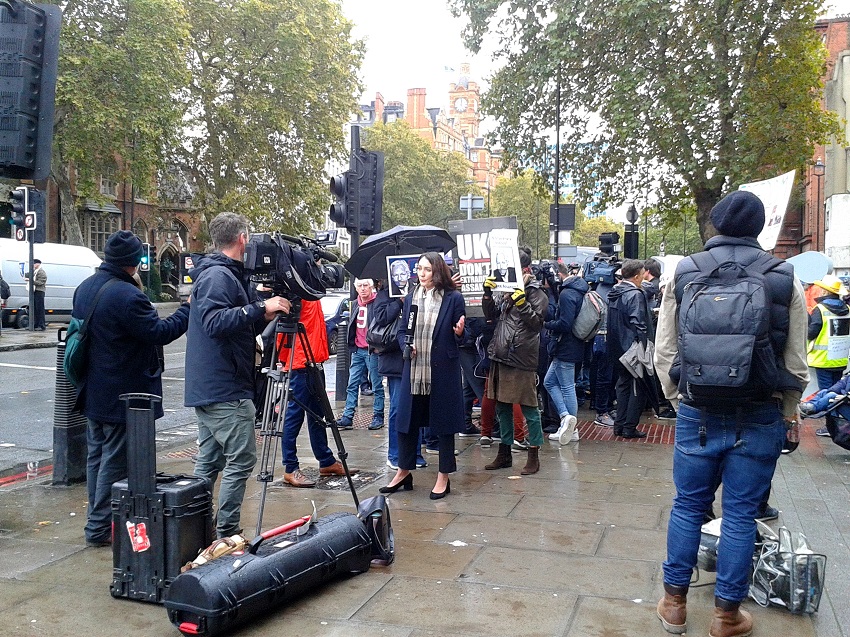 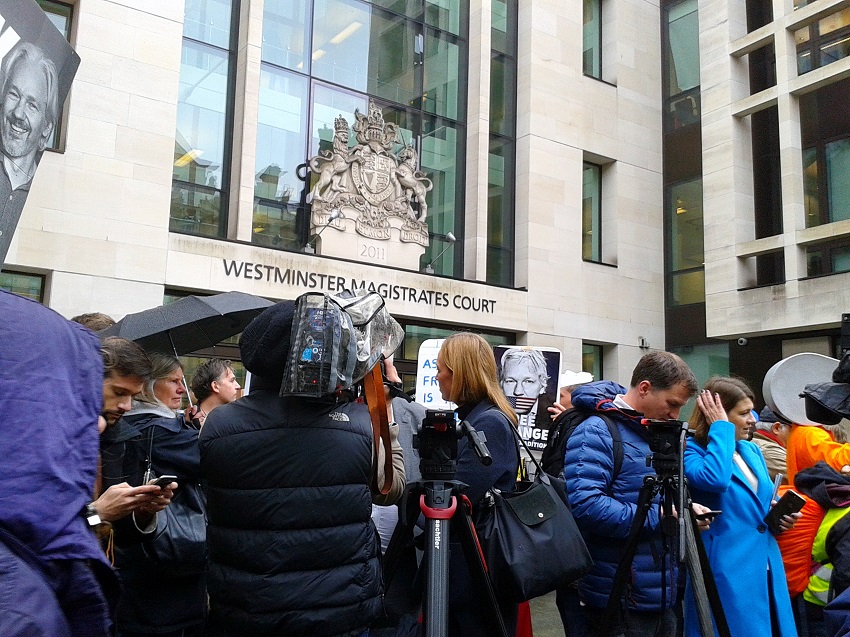 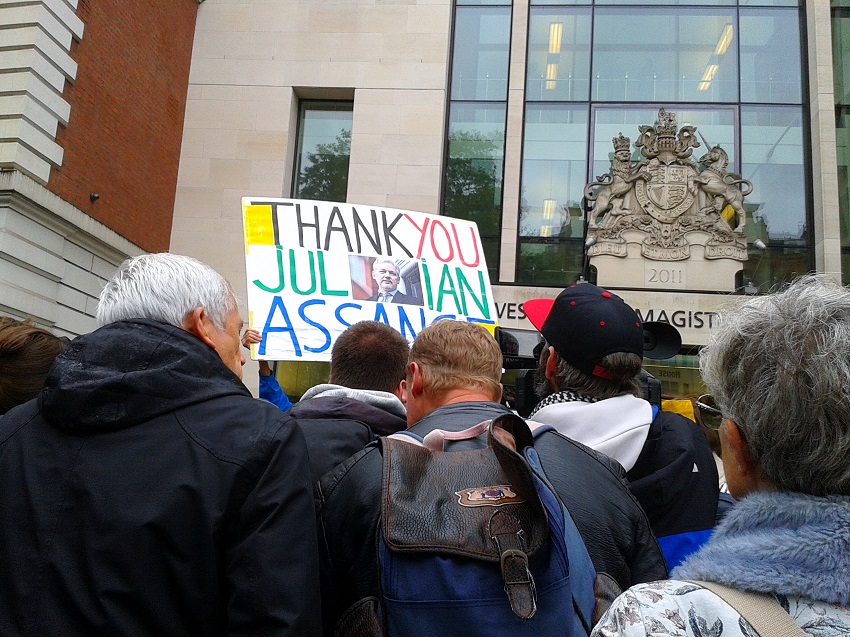 In this procedural hearing, Assange's request for an extension - in light of the new evidence that the US has conducted illegal operations against him and his lawyers, including the CIA spying on Julian's lawyers while he was still in the Ecuador Embassy; and which is now the subject of a major investigation in Spain - before the extradition hearing in February/2020 was rejected.

To be precise, scared of what? anything and eve[…]

@blackjack21 wrote these quotes: Capitalism i[…]

That is before Xi Jinping, whose policies aim t[…]

Scenario: The virus mutates and persists through t[…]