Antisemitic entanglement between 2 Jewish academics, ends up with death

Antisemitic entanglement between 2 Jewish academics, ends up with death#15208451

A coroner will investigate the sudden death of a Jewish academic “remorselessly bullied” on social media after he was accused of anti-Semitism by one of Britain’s best loved children’s authors, who is also Jewish.

Peter Newbon, 38, a father of three young girls, died a week ago in the wake of a Twitter “pile on” that had left him feeling under pressure, according to friends. He was found dead last Saturday.

His partner, Rachel Hewitt, said his death had left her “broken into a million unbearably painful pieces”.

Dr Newbon, who lived in North Yorkshire, was suing Michael Rosen, the former Children’s Laureate, for libel after the author accused him of anti-Semitism in a social media post to his 250,000 followers and to the English academic’s university.

Dr Newbon, who was a director of Labour Against Anti-Semitism, had re-posted a doctored photograph of Jeremy Corbyn reading a book to schoolchildren.

In the original image, the former Labour Party leader was reading We’re Going on a Bear Hunt, one of the biggest selling children’s books of all time, written by Mr Rosen.

But in the doctored photograph, Mr Corbyn is holding Protocols of the Learned Elders of Zion, the noxious hoax document that claims Jews are plotting world domination.

Alongside the photograph, Dr Newbon parodied the original We’re Going on a Bear Hunt text, changing the words to reflect his view that Mr Corbyn was anti-Zionist.

Dr Newbon had intended a satirical sideswipe at Mr Corbyn, who had been accused of failing to tackle anti-Semitism in the Labour Party.

Mr Rosen, a vocal supporter of Mr Corbyn, who is also Jewish and an anti-racism campaigner, was so incensed and upset by the doctored image of his book that he posted his own message on Twitter the next day on May 19 last year.

He wrote: “If someone called Peter Newbon is on your pay roll, this is to inform you that he’s superimposed the phrase ‘The Protocols of Zion’ over a page from We’re Going on a Bear Hunt by me and Helen Oxenbury.

"This is a loathsome and anti-Semitic thing to do.”

Dr Newbon received a final written warning for bringing the university into disrepute, although according to legal documents, the allegation that his post was anti-Semitic “was not proven”.

Dr Newbon also received vitriolic hate mail. Mr Corbyn also tweeted his condemnation, saying he was “saddened that someone has manipulated an image” of the book “to suggest I would share this disgusting antisemitic [sic] falsehood”.

Lawyers for Dr Newbon lodged a libel claim in the High Court against Mr Rosen, in which they said: “The making of an allegation of racism to the defendant’s [Rosen’s] followers and beyond incited what is known on Twitter as a ‘pile on’ against the claimant [Dr Newbon].”

The claim went on to allege that: “The aim of the pile on was to cancel the claimant, that is to cause him to be ostracised by telling people that he was a racist and/or had committed a racist act.”

But Simon Myerson QC, who was acting for Dr Newbon in a separate case in which he was being sued – and which was also causing him deep upset – posted on Twitter: “Pete Newbon is dead. It’s devastating. Those who remorselessly bullied him on here neither represent, nor I suspect understand, the love and friendship he inspired.”

There is no suggestion that Mr Rosen, 75, who has written more than 140 books and was Children’s Laureate from 2007 to 2009, personally encouraged or supported bullying or inappropriate messages sent to Dr Newbon via social media.

In a statement to The Telegraph, Ms Hewitt said: “Pete Newbon was a kind husband, a brilliant scholar, and the best daddy in the world to our three beautiful daughters. I just don’t know how we’re going to bear his loss.

“Through his work as a senior lecturer in the humanities at Northumbria University, which he joined in 2012, Pete inspired students with his passion for Romantic and Victorian literature.

"In his political campaigning, particularly against anti-Semitism in Labour, he showed bravery, integrity, and a fierce sense of right and wrong. His friends have told me they loved his gentleness, goodness and irrepressible humour.”

The North Yorkshire and York coroner court is due to open an inquest at a later date.

Peter Newbon, British-Jewish Labour member belonging to the faction against Corbyn, accused Jeremy Corbyn of antisemitism by superimposing the Protocols of the Elders of Zion on a children's book that Corbyn was reading to kids.

Michael Rosen, British-Jewish Labour member belonging to the faction supporting Corbyn, and author of the Children's book that Corbyn was reading to the kids was incensed that someone would superimpose the Protocols over his book and so, called him an antisemite.

Peter Newdon bogged from what seems to be 2 separate litigations against him was found dead.

He had pressed charges against Rosen alleging that his twitter message(calling Newdon "antisemitic") caused bullying to the latter.

I tried various different titles for this thread but just couldn't get it right.
EN EL ED EM ON

Re: Antisemitic entanglement between 2 Jewish academics, ends up with death#15208465

Re: Antisemitic entanglement between 2 Jewish academics, ends up with death#15208703

Like 3
-  24 Jan 2022 22:10 #15208703
The problem with Jeremy Corbyn is that he gets accused of anti-semitism purely based on the fact that he, like many others, including of course many jews, dares to criticize Israels politics, for obvious reasons.

And the story is one guy figures anyone accused of anti-semitism is fair game, so he doctors an image of Jeremy Corbyn to hold an infamous anti-semitic books.

Turns out theres actually backlash for that, and turns out he cant handle it, and he suicides. Well, thats bad, but nothing can be done about it now anymore.

The rest is a lot of blabla what a great guy he was. Not sure what I am supposed to do with that. Couldnt he have been even a bit greater and, like, not suicided ?
There's class warfare, all right, but it's my class, the rich class, that's making war, and we're winning. - Warren Buffett

Re: Antisemitic entanglement between 2 Jewish academics, ends up with death#15208890

This is not very impressive as children's literature, and its text makes nature sound scary and tiring - something human's have to fear and then conquer.

They exist in a place where natural things are to be feared and conquered. And by extension, that which is artificial (like caste privileges) is to be reified.

All that fear and competition is bound to end in tears.

Re: Antisemitic entanglement between 2 Jewish academics, ends up with death#15208989

This is not very impressive as children's literature, and its text makes nature sound scary and tiring - something human's have to fear and then conquer.

They exist in a place where natural things are to be feared and conquered. And by extension, that which is artificial (like caste privileges) is to be reified.

All that fear and competition is bound to end in tears.

That was one of the worst things I've ever seen.

Re: Antisemitic entanglement between 2 Jewish academics, ends up with death#15208999

Like 1
-  26 Jan 2022 22:39 #15208999
Upon watching the video ,where the author recites the book , I realized that I had heard it read before , at a kinder church program of all places . Such warm memories. I hadn't previously known that the author is British, or for that matter Jewish . As to the matter at hand, the deceased did his own figurative bear baiting , and when he received push back from not only the politician and author , but their online supporters he found the aftermath too much for his jelly spine to bear . I have only one thing to say to this . 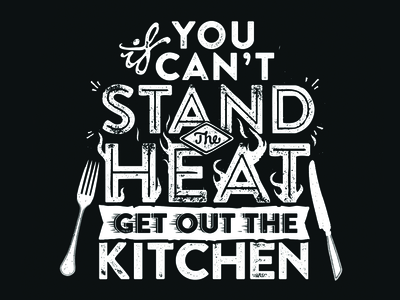 Reply
Return to “Today's News”
28 May

it is rather a huge police failure!! Terrorists[…]

The CPC will kick the can down the road indefinat[…]

May 28, Saturday Preceded by Philip Sheridan’s[…]

Scamp, even if what you say is true it's your fell[…]