A statement from the Governor's office confirmed the move: "Yes, Florida can confirm the two planes with illegal immigrants that arrived in Martha’s Vineyard today were part of the state’s relocation program to transport illegal immigrants to sanctuary destinations."

A spokeswoman for DeSantis continued: "States like Massachusetts, New York and California will better facilitate the care of these individuals who they have invited into our country by incentivizing illegal immigration through their designation as ‘sanctuary states’ and support for the Biden administration’s open border policies."

"As you may know, in this past legislative session the Florida legislature appropriated $12 million to implement a program to facilitate the transport of illegal immigrants from this state consistent with federal law."

DeSantis isn't just set on Martha's Vineyard, however, stating this week that migrants could also be sent "to other 'progressive' states whose governors endorse blatant violations of federal immigration law."

"It is not the responsibility of Floridians to subsidize aliens to reside in our state unlawfully; we did not consent to Biden’s open-borders agenda," he said.

Massachusetts Gov. Charlie Baker said the migrants were being provided with "short-term shelter". His spokesperson said: "The Baker-Polito Administration is in touch with local officials regarding the arrival of migrants in Martha’s Vineyard. At this time, short-term shelter services are being provided by local officials, and the Administration will continue to support those efforts."

Wait until a couple more plane-loads arrive - how soon until President Obama's favorite playground starts to look like San Francisco?

Liberals are absolutely shitting themselves over this now that the problems are appearing on their doorsteps! I wonder if Obama & Company will put them up for a while in their mansions? 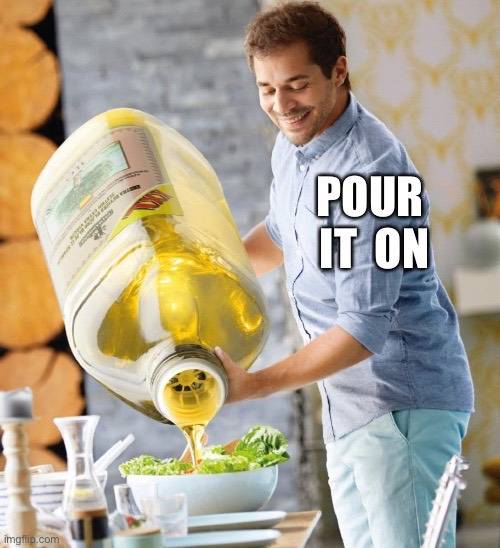 During an address at the Congressional Hispanic Caucus Institute gala, Biden accused Republicans of "playing politics" and using migrants as "props" after dozens of migrants were sent to Martha’s Vineyard in Massachusetts and to Vice President Kamala Harris’ residence in Washington, D.C.

"We have a process in place to manage migrants at the border," the president added. "We're working to make sure it's safe and orderly and humane. Republican officials should not interfere with that process by waging a politically political stance."

Biden did not name any Republicans during his comments, though Florida Gov. Ron DeSantis took credit for flying migrants to Massachusetts on Wednesday and Texas Gov. Greg Abbott sent migrants to Washington, D.C. on Thursday.

The two Republican governors have continuously criticized Biden and Democratic lawmakers for failing to secure the southern border and leaving border states to fend for themselves in managing the ongoing immigration crisis.

Republicans have also condemned Democratic policies, which they claim are incentivizing migrants to come to the U.S.

Biden, however, is blaming Senate Republicans for holding up a plan that would provide legal protections and citizenship to some migrants in the country illegally.

"It's long overdue for Senate Republicans to come to the table, provide a pathway for citizenship for Dreamers, those in temporary status, farm workers and essential workers. We need to modernize our laws so businesses get workers they need and families don't have to wait decades to be brought back together," Biden told the gala attendees.

He added: "It's time to get it done. That's why we have to win this off-year election."

Biden’s comments came after he appeared to ignore a question about migrants being sent to Martha’s Vineyard earlier in the day, shortly after delivering remarks celebrating a tentative deal by railroad unions to avoid a strike.

Biden’s criticism of migrant transportation was echoed by the White House Thursday, as White House Press Secretary Karine Jean-Pierre referred to it as an "illegal stunt."

"The White House is full of a bunch of hypocrites, led by the Hypocrite-in-Chief who has been flying planeloads of migrants across the country and oftentimes in the cover of night," Abbott's Press Secretary Renae Eze responded in a statement to Fox News Digital.

Neither Biden nor the White House made any mention of how Democrats initiated the transportation of migrants, sending them from border housing facilities via middle-of-the-night flights into various parts of the country. 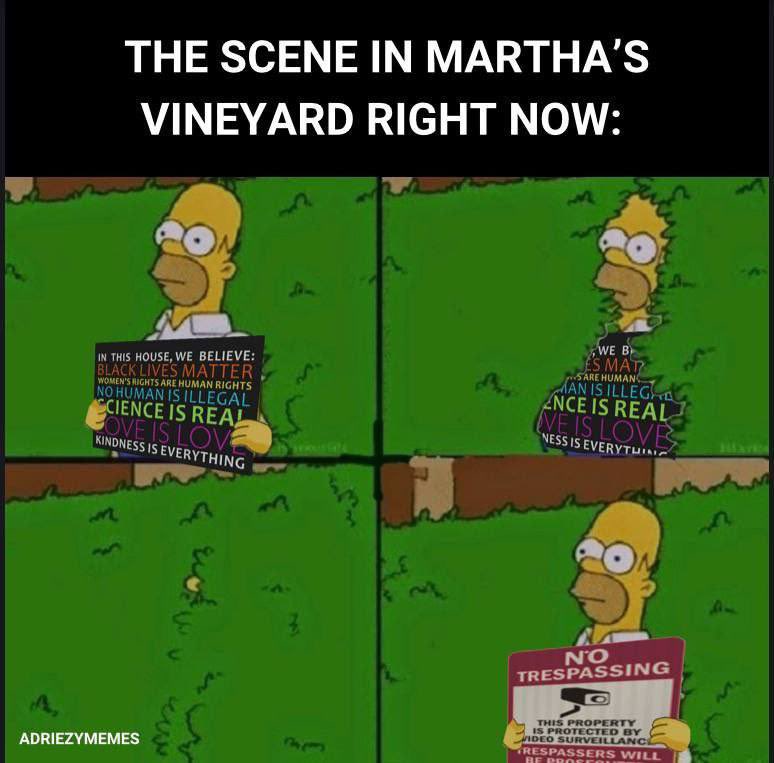 I’m in a couple Martha’s Vineyard Facebook groups and they’re all turning on each other. Calling out their friends for not letting migrants in their summer homes

AFAIK wrote:Your gleeful response to vulnerable people being used and abused this way is disgusting.

Used and abused by who? The democrat party?
https://www.openthebooks.com/

Like 3
-  16 Sep 2022 13:36 #15247208
The weird part is that conservatives are paying for undocumented migrants to access shelter and other opportunities, it is not causing significant problems for anyone, and they are still patting themselves on the back for their imagined cruelty.
There is a crack in everything,
That's how the light gets in...

BlutoSays wrote:Martha’s Vineyard homeless shelter coordinator on 50 illegal immigrants sent from Florida: “They have to move from here to somewhere else.”

I’m in a couple Martha’s Vineyard Facebook groups and they’re all turning on each other. Calling out their friends for not letting migrants in their summer homes

In face book groups ? You communist.

Where's your love for DIVERSITY, sweetie?

Lol.
There is a crack in everything,
That's how the light gets in...

So democrats chant about diversity and inclusion constantly, but the minute it's in their backyard, dust gets kicked up. Hehehe
https://www.openthebooks.com/

Joining a group makes yo a communist,. rather than a rugged individual you claim to be. So it;s all a con you just anotehr self hating communists leftie,.

It was al lies. SAD.

BlutoSays wrote:So democrats chant about diversity and inclusion constantly, but the minute it's in their backyard, dust gets kicked up. Hehehe

Compared to you guys, who kill undocumented migrants, a few facebook comments is nothing.
There is a crack in everything,
That's how the light gets in...

pugsville wrote:Joining a group makes yo a communist,. rather than a rugged individual you claim to be. So it;s all a con you just anotehr self hating communists leftie,.

It was al lies. SAD.

Are you drinking again? I didn't join any group.

Compared to you guys, who kill undocumented migrants, a few facebook comments is nothing.

SAN ANTONIO (AP) — Forty-eight people died after being abandoned in a tractor-trailer in the sweltering Texas heat, one of the worst tragedies to claim the lives of migrants smuggled across the border from Mexico to the U.S. Sixteen people were hospitalized, including four children.

A city worker heard a cry for help from the truck on a lonely San Antonio back road shortly before 6 p.m. Monday and discovered the gruesome scene, Police Chief William McManus said. Hours later, body bags lay spread on the ground near the trailer and bodies remained inside as authorities responded to the calamity.

EXCLUSIVE — Migrant deaths at the U.S.-Mexico border have reached a new all-time high, with more bodies recovered over the past nine months than any full year in recorded history.

Since the start of the federal government’s 2022 fiscal year last October, authorities have found 609 bodies on the U.S. side of the southern border, according to internal U.S. Customs and Border Protection data obtained by the Washington Examiner and confirmed by three federal law enforcement officials.

The 609 figure is already higher than the 566 record set in all of 2021, which was the previous highest level, according to data detailed in CBP documents shared internally last week. CBP oversees the Border Patrol, whose 19,500 agents work between the land ports of entry.

"It seems like a daily occurrence people are dying," a senior Border Patrol official said.

"The way it's going, we could hit 700 pretty soon," a second senior Border Patrol official said.

The KKK is very much a democrat leftist based organization. Didn't you get the memo at your last Klan Bake? 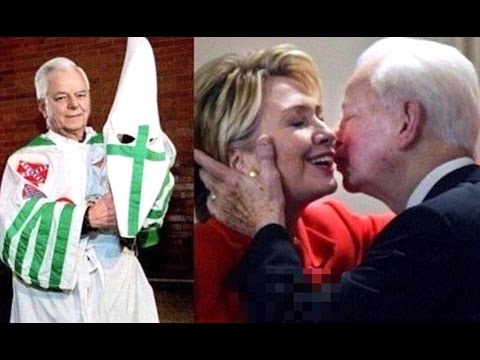 You also agree that this new tactic of providing transportation and access to social services is good, but you want to pat yourslef on the back because you think it is somehow “owning the libs”.
There is a crack in everything,
That's how the light gets in...

BlutoSays wrote:Are you drinking again? I didn't join any group. :?:

Too late now to take it back you sad charade ha s been revealed.

You are communist leftist pretending to be individual.

pugsville wrote:
Too late now to take it back you sad charade ha s been revealed.

You are communist leftist pretending to be individual.

Here's from the other thread:

BlutoSays wrote:
The whole God damned democrat party is a contrived mess. Free health care, climate change, banning anything they don't like while making anything they want a "human right", the macinations of the Free Shit Army on a daily basis, asking for more money to solve every problem on a daily basis (because money solves everything doncha know), the whole stench of the LGBTQ agenda and all their shitty affinity groups like ANTIFA, DSA and BLM. 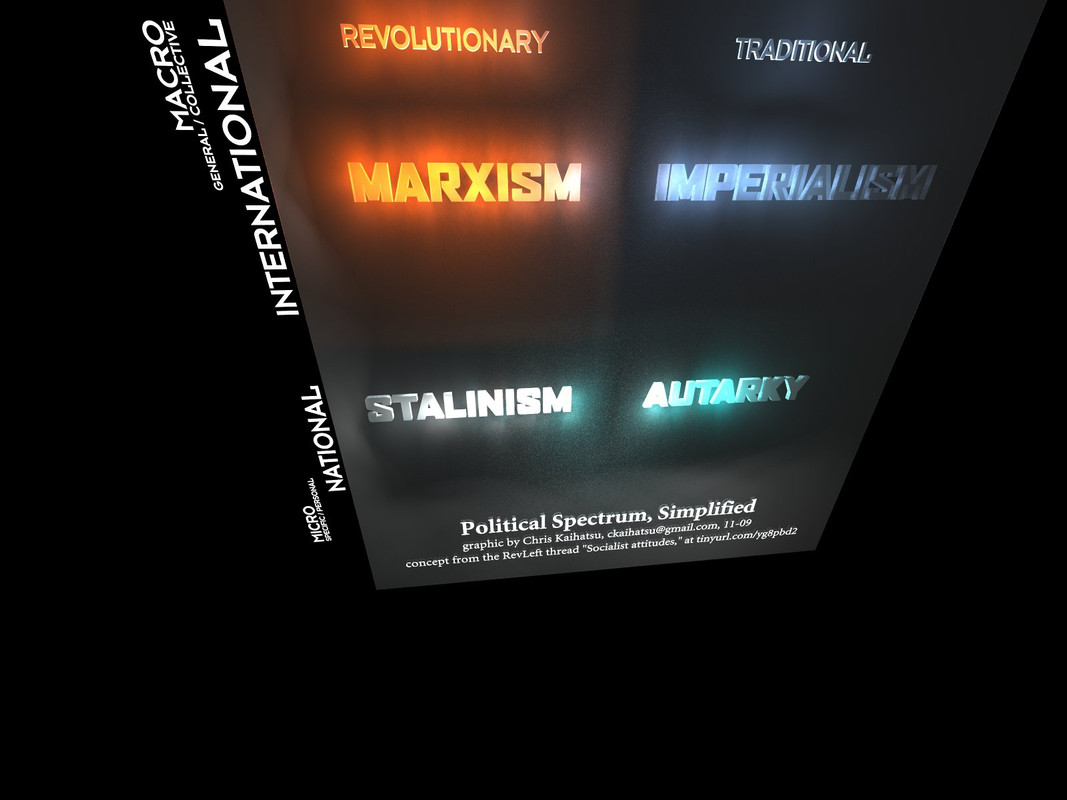 Ah so you're a fascist then. That's what fascists[…]

Say the quiet part out loud: Brexit is a Russian s[…]

They deserve to be absorbed by the state sector a[…]

We should put you and Bluto in a room together, ti[…]