Like
-  02 Mar 2019 21:29 #14991747
We have been praising Chinas economic miracle for quite some time. But i believe Chinas prospect to be negative or even actually severely negative. There are many factors that I would like to present to make a case for it. We are used to China growing in double digit percentages for quite some time but what has changed? Why is China growing at only 5 percent (according to state data) and around 4 percent or less according to independent data? Is the situation really that bad?

So to get it started, we need to understand the most basic data. The most important data figure for this would be the demographic pyramid of current China. Which is: 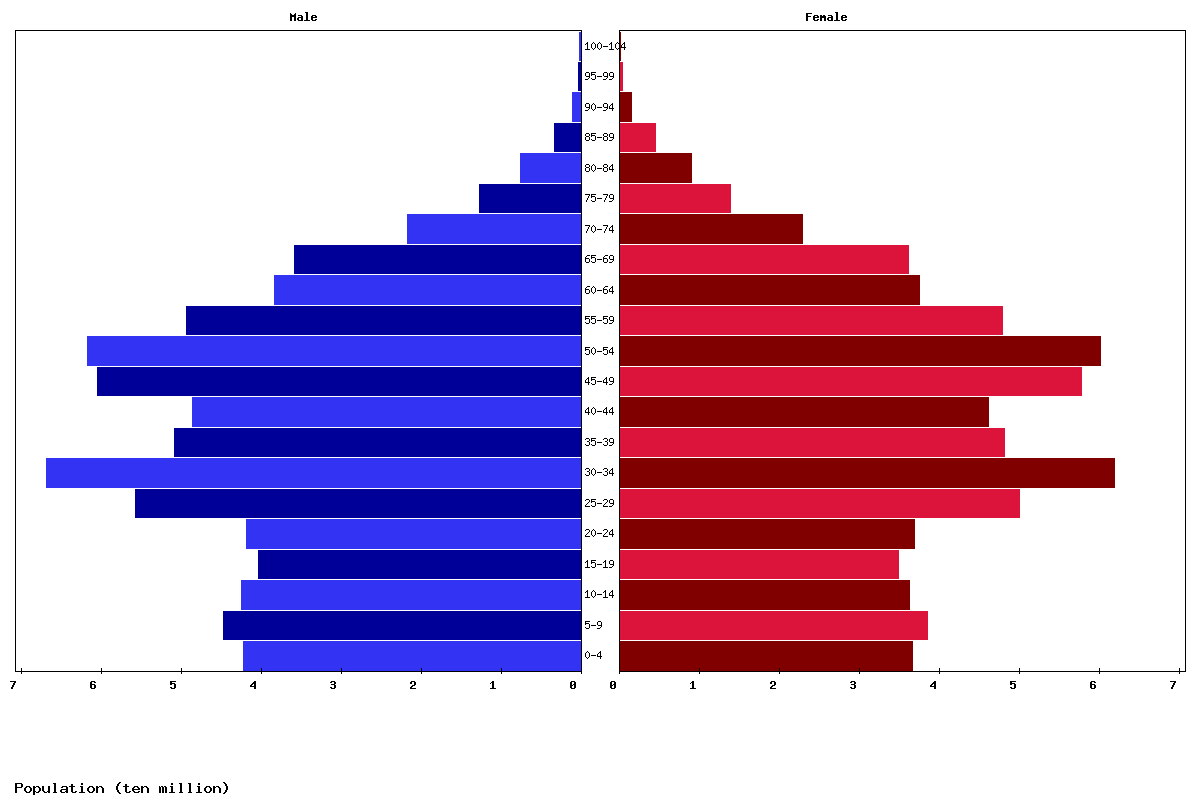 Why is this Pyramid so important? Well because it explains a lot of things regarding a countries economy. To be quick and short without getting very much in to detail. 0-14 Ages are undproductive Children. 15 - 40ish are the main consumers in any economy. 40+ till retirement age are the so called investors who consume but not as much as 15-40ish. People after 40 tend to start saving for their retirement, tend to drive less, tend to save money and invest it. And after the retirement age those people turn in to drains on the system where they check out their investment and put them in very safe assets or under the matres. Basically they want safety and not investment due to them not working and not being able to take the volatility hit of a depression/recession/any other form of asset destruction.

Chinas economy might have been a classical Pyramid at some point but it is not the case anymore. Classical pyramid demographies are high growth but also high debt especially in less developed countries. So as Chinese population ages, they are loosing their high growth base while getting a lot of investors but in reality this is "Pseudo growth" which we will get in to later on.

So the things that we can get out of the Pyramid is:
1) First wave of economic depression is probably going to hit China in 10-15 years because those currently 40-45 year olds and beyond are gonna start retiring. So not only they will start loosing their consumption base but also investor will start checking out their investment(Retirement age in China is 60 and 55)
2) There is going to be a small stabilisation but almost immediately a 2nd wave is going to hit them when the currently 20-29 year olds will start retiring.
3) There is no real light at the end of the tunnel for them because their population has shrunk almost 2 fold. Even the currently most numerous 20-29 year old are not producing enough babies.
4) Things are going to get even worse. Why? Well the affect of a patriarchichal society + one child policy created a huge disbalance of males to females. Is this a terminal demography? Well, very close to it. Currently those under 20 to 0 have a disbalance of males to females in tens of millions. So even if China wanted to increase their baby population somehow, there is no real way because they do not have enough women anymore.

There are major demographic challenges facing China right now. How will they create benefits for the ageing population with 2 times smaller workforce. This problem will start getting worse in 10-15 years but the effects are already felt right now. Currently some of the main consumers have moved to the investor categories and we already feel Chinas growth slowing significantly. But the catastraphy is going to get even worse while the current investors are investing and then retiring.

Which leads me to a 2nd point. Why is the Chinese economy growing at this point if they are starting to loose so many consumers/producers. (Below 40ish people)
The answer is actually simple, the "state plan" of sorts is stimulating the economy. But this is pseudo growth that i mentioned already. If we look at Chinas debt that their banks currently have it looks like this:

This kind of data is very hard to find for China because they actually do not publish it. There are assessments from independent institutions but they are relatively accurate. So right now China is in a situation where i would say that their current government owner debt to GDP is around 250%. It is probably not full 300% but almost all of it is one or the other way tied to the government. This is the basis of their growth right now. If you calculate it in the data that i showed above 32.4 T - 6.6T = 25.8 T worth of debt in 9 years. That is almost 2.9 Trillion of debt each year. Remember that stimulus package that Obama did during the recession which was 800 billion? Well China has been doing it for the last 10 years every 3 months. 80% of which is funded by the state.

Of course they are growing because of this. But this is pseudo growth. It is unsustainable on many levels. But the most important question is how many of them are non performing loans? Well by official Chinese statistics they do not have non-performing loans actually so the percentage is 0. Again, they do not release official data on this. I am not sure how independent institutions can even count this. The data on this is very contradictory. But what i can say is that there is no way in hell that those 25.8 T of debt is invested properly. US had great concerns over this 800 Billion Obama stimulus package and they didn't manage to metabolise it properly. So why would the Chinese economy be any different when it is actually smaller and is doing this stimulus package every 3-4 months. (Depends on how you count though but that is a separate subject. By relative terms they are smaller.)

Which brings us to the final part. If the demographic situation is so bad and the financial situation is so bad right now then why aren't people fleeing the country? Well, actually they are. Some people will say it is standard investment but i do not think it is the case. A historic example of Japan pre 90s bust also shows this. When an economy is doing poorly then the first to notice this are the investors/locals. They start buying things at insane prices abroad. The japanese did it pre 90s before they went bust. Now the Chinese are doing it. This also explains why they are not investing in themselves if the situation is so good and instead there is a serious capital outflow from the country. (Recently there was some official data released by the Chinese government by i can't find the graph)

The Chinese are desperately trying to combat this by capital control but it is a loosing game. Even worse, they are running a large trade surplus yet the capital is still flowing out of China. 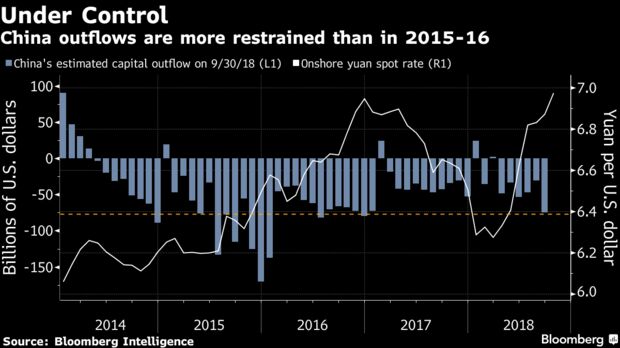 Like
-  03 Mar 2019 11:54 #14991866
China is a state-directed economy not a free market economy. China will use industrial policy to develop the country just like Japan and Korea before. There is nothing that can stop them. They may hit a ceiling when they have to switch from being an innovation follower to innovation leader because their system suppresses choice.

Most Chinese debt is internal. They have huge foreign currency reserves and don't depend on international financing. They can run up debt or increase taxes, or whatever, it's just a way of recycling wealth internally.
Europe unite against the forces of Imperialism!

1.3 billion is a number. A number that will shrink but the more problematic issue is that a very small contingent of young people will have to support a larger contingent of old people. On top of that, i have no clue what around 80-100 million of men without a wife will do in their free time.

Internal or external debt is not the issue. The question is how much of that debt is non-performing. Also this is not exactly industrial policy because the industrial output has been a drain on chinese growth for last couple of years. Problem of China is that global consumption is not growing that fast. Without global consumption Chinese export is having problem. Their own consumption is falling because of less consumers also. This is a very bad spiral for them.

so okay I'm starting to see how this works, all th[…]

"You don't need to eat the whole tub of lard[…]