Passportization of the quasi-republics: risks of Russia in a “race ahead of others” - Politics Forum.org | PoFo

Passportization of the quasi-republics: risks of Russia in a “race ahead of others”

Passportization of the quasi-republics: risks of Russia in a “race ahead of others”#15003943

Putin is a skilled strategist and all his actions and statements are always thought over. He waits for an opportunity and “hits the mark”. This time has not become an exception. Having waited for “the gray period” in Ukraine between elections and the inauguration of the new Ukrainian president: while Poroshenko is already not the president and is hanging up his axe, and Zelensky is not quite the president, the Russian president made his move. The strong president in Ukraine and Ukraine as a state are not interesting to Putin. He needs chaos. Now the Kremlin is doing everything possible for achievement of this goal. The decree on passportization of LPR’s and DPR’s inhabitants is the first step in this direction.

According to experts, such Putin’s decision has risks both for the self-proclaimed republics and for Russia from the point of view of diplomatic opportunities, security, maintenance of law-and-order and the prospects of economic development.

As far as diplomatic aspect is concerned, many international experts agree that Putin’s decision is a certain tool of pressure upon the Ukrainian authorities, represented by Zelensky, which have not strengthened their positions. The Kremlin openly ignores the positive progress made within the Minsk process [its most important principle is a return of the DPR and LPR under jurisdiction of Ukraine]. And until now Moscow has stated that the Minsk Agreements were the only political instrument of settlement of a situation in Ukraine. The decision of the Russian leader once again confirms that Moscow is not going to conduct a dialogue on settlement of a situation on Donbass. Putin, one may say, crossed “the red line” that will cause serious negative consequences.

From the standpoint of maintenance of law-and-order, consequences of passportization in the quasi-republics are not so rosy too. The documents [passports, identity cards, those confirming the property right and so forth] related to the control of the population of the self-proclaimed republics are not so reliable as documents of the Russian Federation. And despite of, at first sight, similarity of legislative bases of the Russian Federation and the quasi-republics regulating different spheres of activity, each has its features. In due time the DPR ex-head Zakharchenko was against issue of the Russian passports, reasoning it with the fact that if a person holding a passport of the Russian Federation commits an offense in the territory of the DPR, how the republic’s bodies may try and sentence him, including to an exceptional measure of punishment - the death penalty on which the moratorium is imposed in Russia? Yes, such situation, according to the Russian experts, has the ways of solution and all of them mean still deeper integration of the DPR and LPR into legal space of the Russian Federation. It means, the further movement on a way of refusal of the Minsk Agreements.

The economic consequences display obvious risks too. After obtaining of the Russian passports, a considerable share of LPR/DPR citizens will rush from the republics to Russian regions. It is not a secret that life is very difficult in the firing line. Therefore, Russia may receive “additional mouths” as a result of passportization. And the Russian society may not be ready to such unexpected “happiness”. By the way, it is already divided into those “joyfully exulting” and those “grasping the gravity of a situation”.

Moscow will act most likely according to the scenario applied in Abkhazia and South Ossetia, that is to transform quasirepublics into new “Abkhazia and South Ossetia” and then to subsidize them, to be exact, the local elites and those “will follow instructions as Cerberuses”. Instead, they will simply spend money without caring for creation of economy and not wishing to bear responsibility for it.

Unfortunately, at a special session in the UN Security Council called on an appeal of Ukraine on this matter no real decision was made. Though before its beginning a number of the countries also made the statement condemning actions of Russia. Therefore, a reasonable question arises how long the international community will quietly accept such openly aggressive actions of the Russian state. 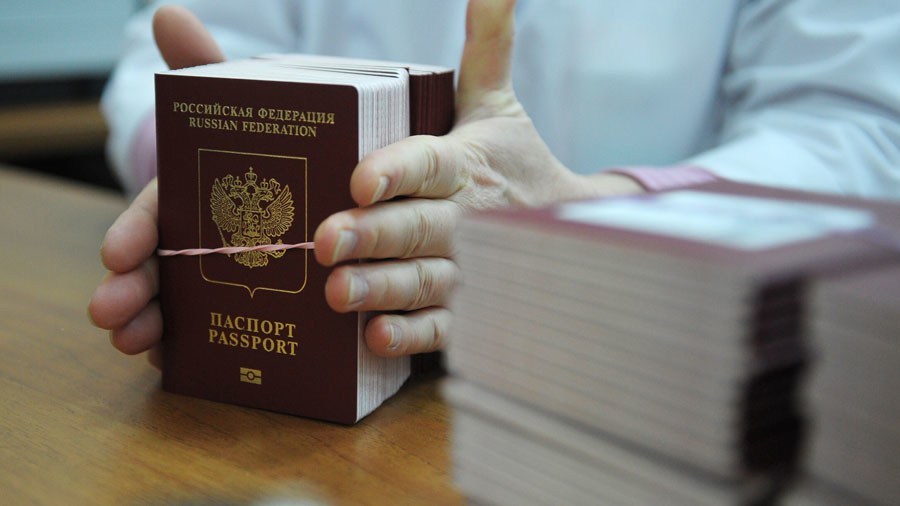 Reply
Return to “Political Circus”
06 May

Not really. Figure out what would happen next, i[…]

It is complicated. There is a reason why USSR an[…]

As usual Doug does not understand the science but […]

May 7, Thursday President Lincoln and General […]