Russia returns to her natural boundaries in the 2020's. - Politics Forum.org | PoFo

Russia returns to her natural boundaries in the 2020's. 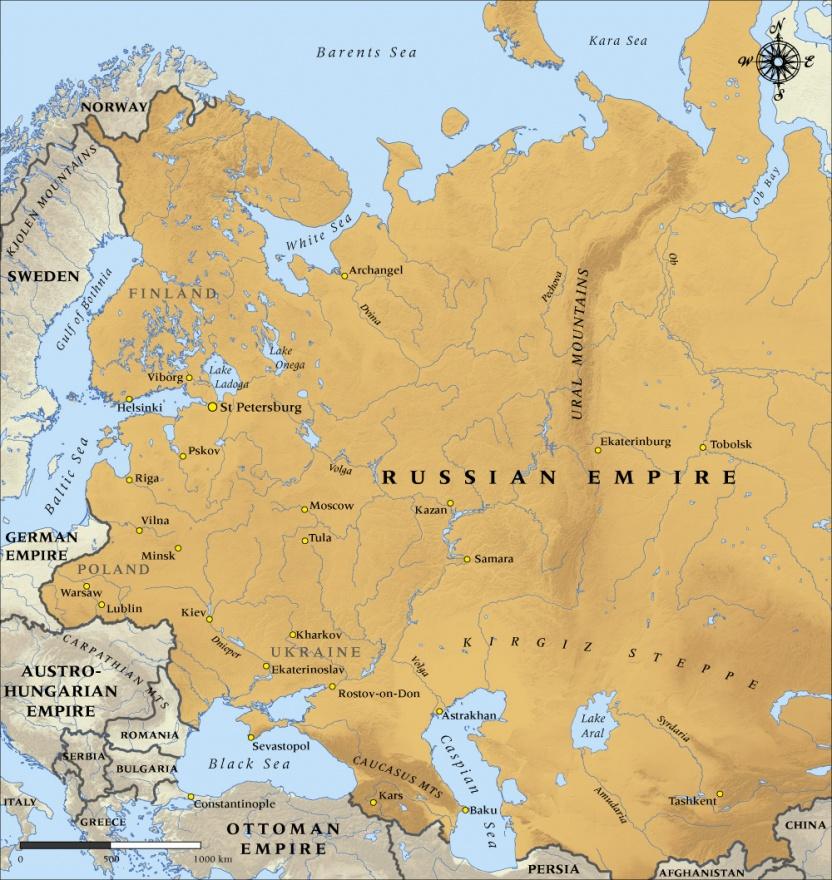 I predicted the Crimea annexation before it happened. I then predicated the ultimate fate of Ukraine after-happening in the next 4 weeks.

The rest is a given too. I predict the restoration of the Russian Empire. Prepare for the inevitable.

Basically either a Hong Kong type situation where initial invasion threats turned into an effective invasion of the legislature by pro-beijing forces(literally 99% pro-beijing now), or a reenactment of the American Civil War.

Americans can't complain, it's what Holy Saint Lincoln did to the Southerners, before they fired on Fort Sumpter.
Location: Melbourne, Australia
Ideology: Australian Liberalism

Beijing took Hong Kong by "democratic vote" in the end after they also built up "invasion forces".

You recon this is the same play? Or is it more Lincoln-style?

We all know they're waiting for Ukraine to shoot first....
Location: Melbourne, Australia
Ideology: Australian Liberalism

Like 1
-  21 Jan 2022 07:23 #15208269
Ukraine has very low political unity, the government in Kiev would crumble quickly in the face of a major Russian offensive coming from all directions, including Belarus. There are also massive pro-Russian sentiments in the country, and a very large Russian minority - and those would be used to form a new government and control the newly acquired Russian federation member, permanently. Control east of the Dnieper would be easy.

Those who do not conform within the territory (mostly in western ukraine) will be sent to the newly built Siberian work camps or handed over with their lands to Poland. Resistance will simply be diluted to nothing this way.

Western governments are deluded, Russia is not looking to occupy Ukraine, it is looking to reunify with it. An Anschluss. This would also lead to a final solution regarding the Moldova question. As mentioned above further NATO disunity could be stoked by offering Poland some western Ukrainian territories.

With Ukraine, Kazakhstan, Moldova and Belarus firmly in Hand, Russia could then reform its economy to face eastwards and then focus on annexing Finland. Finland will be deleted because Russia today announced NATO's expansionism is over-it will not accept it going forward. Despite massive popular disdain for NATO in Finland, Us regime keeps pushing and applying pressure on its elite - Finland is publicly becoming the next prospective member, and ultimately it will seal its own fate this way. The central Asian republics may stay autonomous, but firmly in Russia's sphere. There is no way out for them as any moves towards the west would leave them utterly vulnerable to Russian annexation.

The Baltics and a final showdown with the decrepit NATO will come last. This will also reshape or maybe even delete Poland-depending on what Germany does. Russia's ultimate goal is to centralize the EU under German leadership (this would stoke discontent in France and eastern Europe), put US and Germany (and thus UK and Germany) at odds, and finally divide Europe with Germany, thus recovering all territories pre-1900 and finally ending the EU too when Germany once again shows its natural form. 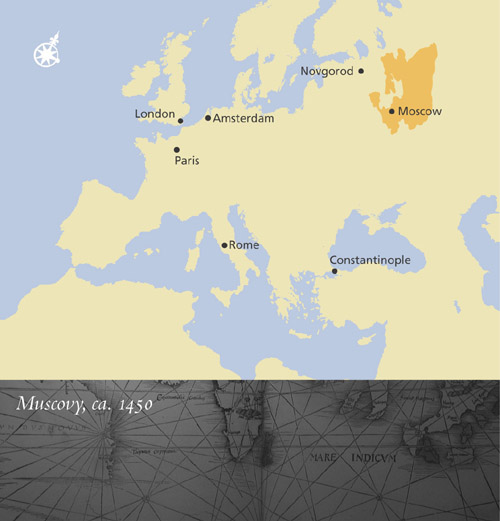 Like
-  21 Jan 2022 08:44 #15208273
such scenario mids this wold order is less plausible i.e. have in mind if Russia force imperial mood it needs Emperor what for now is still not reality, but even then its more effective due to economic reasons to leave all ex-ussR republics to join the Tsardom, yet this kind of event waits on western economic collapse, the other way around is ww3 but all should Hope and Pray that the same will never happen coz in case did just due to mass migrations of the world population no'country will have benefit from its borders resources culture etc. etc. it will be on small door pushed globalization, and I am aware someone has such ideas for nwo agenda, is it time for such history cant tell, every age had the potential for apocalyptic one tho this one is more than closer how the genetic revolution is looming wide&long through the establishment of the m'rna programing tech, still its word for world resting on causality and some things can happen even without any aggression i.e. as already said due to economic reasons alliances can shift, what eventually happened after the reset of ussR ...

Igor Antunov wrote:I predicted the Crimea annexation before it happened. I then predicated the ultimate fate of Ukraine after-happening in the next 4 weeks.

So your Nostradamus skills just magically ended there or Putin simply stopped fulfilling your wishes?

@Igor Antunov is the secret power behind the throne. He uses his Rasputin-like hypnotic powers to bend the Kremlin to his will…. ‘Predictions’, pshaw!

Like
-  21 Jan 2022 11:05 #15208285
No shortages of royal houses. Maybe Germans would be partial to having one of their families crowned Russian emperors again. For that to happen Germany must shed itself of the American menace. Europe can only be free if it sheds itself of this degenerate neoliberal order. 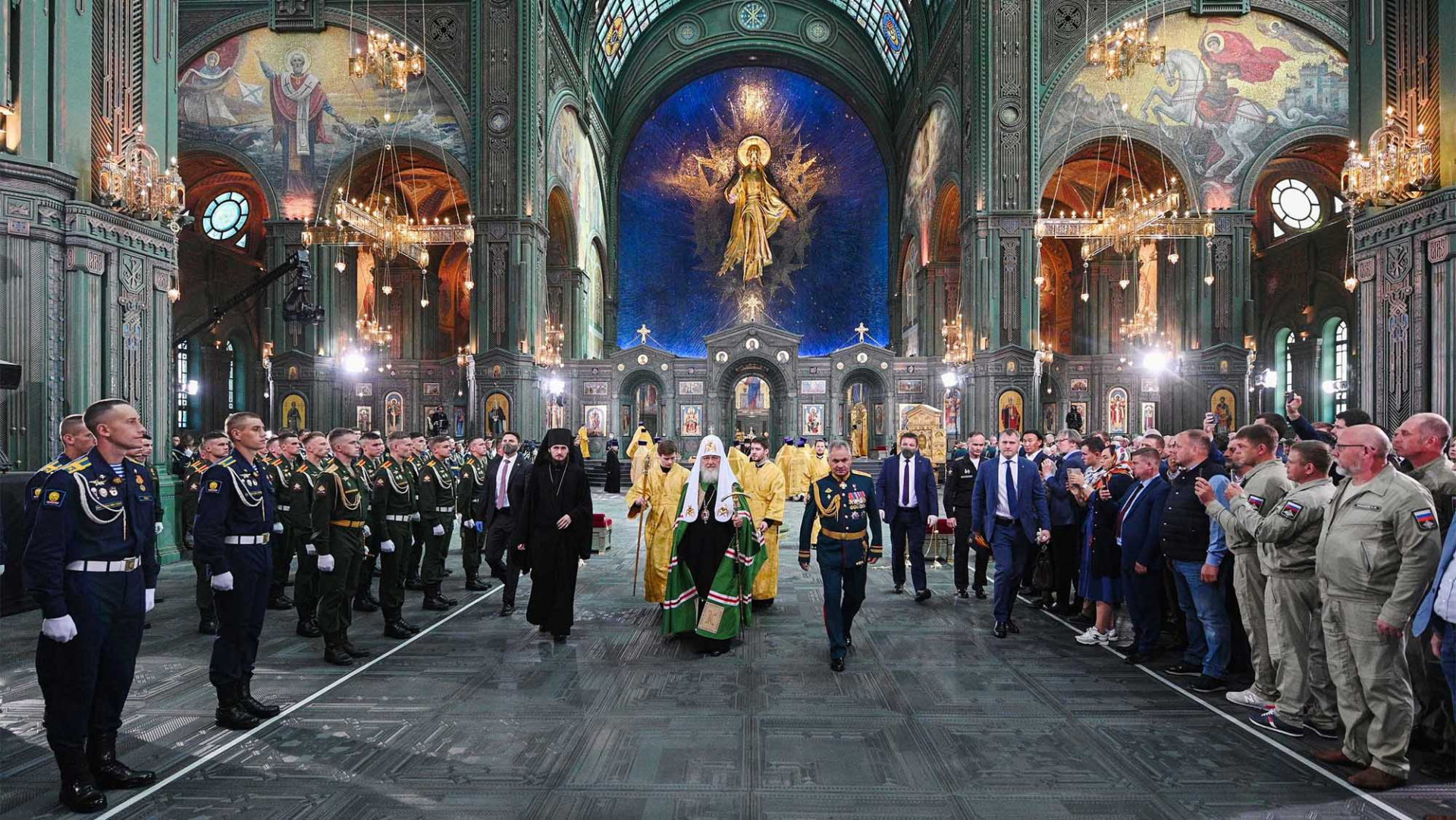 You are spouting babbys first western propaganda on a subject you know nothing about. Muscovy is not even a direct predecessor to modern Russia. Recall the capital has moved around, as has the cultural core.

I should have warned you, I just had four coffees in a row. Hold on to your seat.

Rus' was founded by Varangians, Slavic and Finno-Ugric tribes in what is now northwestern Russia. The founder of Rurikid ruling dynasty of Rus', you know Rurik, was from Novgorod. Earliest Rus' cities were Novgorod, Ladoga, Izborsk, Beloozero, Rostov, Murom and Polotsk - all in modern Russia and Belarus. Kiev and Ukrainian territories were conquered by Rus' from Khazars. All written in the most important Rus' source - The Primary Chronicle.

The so called "Kievan Rus'" is purely a historiographical term coined in 19th century in the Russian empire. The country was called simply Rus' or Russkaya Zemlya (Russian land). The term was used to refer specifically to Kievan principality during the feudal fragmentation of Rus'. Among with such terms as Suzdalian Rus', Novgorodian Rus', Cherven Rus' and so on. Later the term started to being to refer to historical timeframe of Rus', when Kiev was the capital. But again Rus' didn't start in Kiev and it didn't end with it.

Now as for "Muscovites". The city of Moscow was founded by Rurikid prince in 12th century, even before the Mongols, unlike Lvov for example. And it was of course part of old Rus' land. The Moscow principality was the successor of Vladimir principality, one of main Rus' principalities during feudal split. Which in turn was the successor of Rostov-Suzdal principality. Again as already mentioned, Rostov is one of the earliest Rus' cities.

As for Mongol yoke, many like to throw around, like it makes Russia non-Rus' forcsome reason. Ukrainian territory was fucked by Mongol invasion the hardest and whole of it was under Mongol yoke too. Even more! Galician-Volyn principality raided Poland together with the Horde. Yes, the yoke ended earlier, simply because Ukraine was partitioned by Poland and Lithuania. But it's ironic, because Mongol yoke helped retain Rus' spirit much better than Polish rule.

The Rus' Orthodox metropolitan seat was moved from Kiev to Vladimir and then Moscow, by Constantinople itself. Mongols didn't fuck with the Church, in fact strengthened its position by exempting from taxation. Mongol didn't settle Russian principalities, they lived far in the steppes together with their Tatar subjects. They really didn't even intervene into internal matters much, they simply wanted tribute.

The fact that Rus' principalities continued to exist and Rurikids to rule them. And Rus' culture, language, faith and identity were retained in the north. And in the end those principalities consolidated by Moscow got their independence from Mongol-Tatars on their own. And right after started to revive the Byzantine tradition, on which ancient Rus' was based. That's where the Tsar title comes from, the Third Rome idea, marriage of Ivan the Great (no not the Terrible, his grandpa) to niece of last Byzantine emperor.

And of course the common people never refered to themselves as "Muscovites" as ethnicity and the state was not called "Muscovy" - purely Latin exonym. Grand Princes of Vladimir and then Moscow had the title "of all Rus'", same for Orthodox metropolite. And then the title "Tsar of Russia" was adopted and finally "Emperor" by Peter the Great. People called themselves "Rusin", "Rusak" and commonly used today "Russkiy". There are plenty of native official documents, literature and notes made by European travelers.

But those southern principalities which fell under Poland and Lithuania were completely liquidated along with Rurikid rule. They were turned into provinces. They got polonized, latinized, catholicized. Poles Admin Edit: Rule 3 Violation were colonizing those lands, basically occupying and making up the majority of all cities, while Rusin Orthodox population marginalized in rural areas. What does this have to do with Rus'? Cossacks were resisting though and eventually turned to Russia.

Potemkin wrote:@Igor Antunov is the secret power behind the throne. He uses his Rasputin-like hypnotic powers to bend the Kremlin to his will…. ‘Predictions’, pshaw!

He doesn't even need hypnotic powers, it's his wishful thinking that's so powerful!

The soft underbelly of NATO is a liability. Russia will grow larger.

The soft underbelly of NATO is a liability. Russia will grow larger.

Like
-  21 Jan 2022 18:58 #15208345
In my opinion Russia's natural expansion was what they'd had before the Romanovs, who made her an empire, which is the green+yellow territory on the map. It's the Russian core, or Russia herself if you like, whereas the rest is Russia's empire. 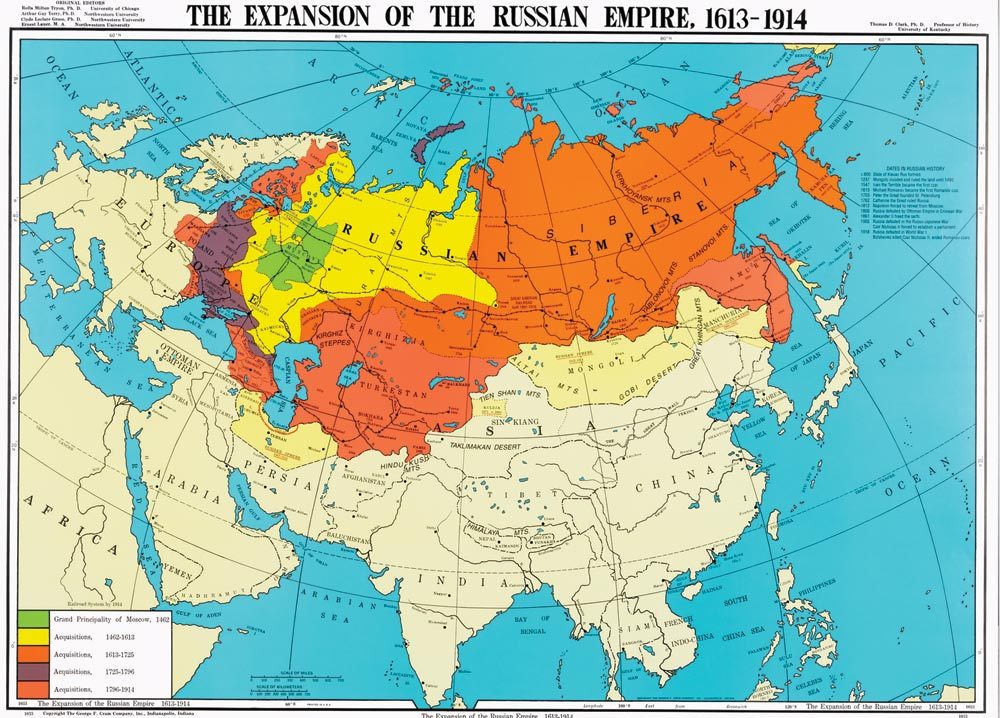 Like
-  22 Jan 2022 01:18 #15208383
I expected this expansion. Frankly some of the former USSR states are straight up politically collapsing, and a new modern "Russian Union" of some kind is arguably inevitable.

Certainly some states will formally return to the Russian sphere of influence.

Same goes for China. Taiwan is in alot of trouble, thanks to no actual support from its so called ally(it's all going to Israel instead.... A state that will also fail when the Muslims finally get more unified behind Iran and Syria).
Location: Melbourne, Australia
Ideology: Australian Liberalism

Bad, bad and bad. If God allows any of these to happen dying may not be so bad in comparison.

In Ukraine it's starting to look pretty bad for them though.
Lmao, I guarantee you no fund manager is driving an ETF based purely on spite. -- some guy out there actually believes this.

Like
-  22 Jan 2022 09:37 #15208417
Putin & Lavrov have openly and explicitly demanded Bulgaria, Romania, and the Ukraine to become Russian protectorates to avert their threats of invasion in the whole of the European continent.

They are openly lamenting the loss of the Soviet Union as the greatest disaster in history and have vowed to re-establish it.
EN EL ED EM ON

noemon wrote:Putin & Lavrov have openly and explicitly demanded Bulgaria, Romania, and the Ukraine to become Russian protectorates to avert their threats of invasion in the whole of the European continent.

They are openly lamenting the loss of the Soviet Union as the greatest disaster in history and have vowed to re-establish it.

They don't want to officially go back to communism though. Putin's happy with the current political system in his country. They mainly want the resources, influence and land back.

Reply
Return to “Political Circus”
18 May

It is not strategy he is engaging in, but operati[…]

It's critically important, though, that 'socialism[…]

IMO JFK's murder was one of the most consequentia[…]

I don't know. Are those states more developed th[…]