Russia as a sponsor of terrorism. Actions and consequences - Politics Forum.org | PoFo

Russia as a sponsor of terrorism. Actions and consequences

Russia as a sponsor of terrorism. Actions and consequences#15111370

By Political Review -  04 Aug 2020 15:35
Like
-  04 Aug 2020 15:35 #15111370
Since 2007, the main component of Moscow's foreign policy has been to pursue a pro-active course aimed at reviving Russia as a "great world power". At the same time, due to the inability of Vladimir Putin's regime to achieve its goals based on national economic potential, as other countries do, such a course pursued by the Kremlin is of an openly aggressive neo-imperial nature. 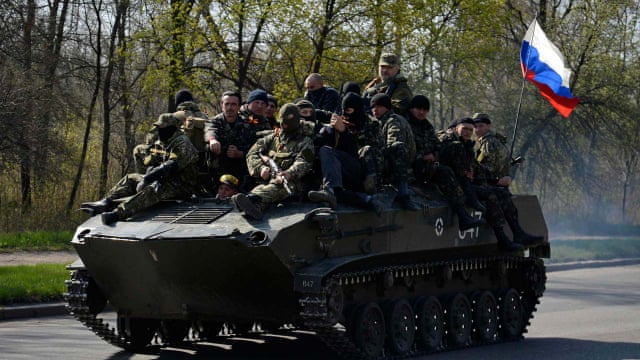 The main tool in Moscow's arsenal is the use of various forms of violence against anyone refusing to follow the mainstream of Russian politics. This concerns both coercing other countries to cooperate with Russia in the framework of building up its sphere of influence globally, and deterring opponents by putting pressure on them in all possible domains.

Methods applied include saber rattling, economic, energy, information, and other "hybrid" wars, bribery, blackmail, and direct subversion. Since Moscow set on the path of building a new empire, all these methods have been actively used against the United States, Europe, Ukraine and other countries of the former Soviet bloc.

By the beginning of 2010, this allowed Russia to assert its positions in the post-Soviet space, as well as actually force the West to reckon with its interests as an equal party. This is what allowed Moscow to attack Ukraine using the same tools, including the founding of illegal armed formations, and terrorist groups in Crimea and Donbas.

Subsequently, a range of subversive efforts were made by Moscow to destabilize Ukraine, which was supposed to not only deprive the country of any capacity to confront Russia, but also to lead to the country's ultimate collapse. After the West openly supported Ukraine, including imposing on Russia a set of sanctions, Moscow switched to direct subversive activity, now against the U.S. and the EU.

As before, such efforts have been pursued in many areas, including toward organizing mass unrest across the EU. First, rallies were held against refugees and migrants, and then – against own governments, who were accused of failing to address national economic problems. This is what became the main slogan of the Yellow Vests movement, which emerged in France in 2017–2018 and subsequently spilled over to other EU countries.
Moreover, EU security agencies have irrefutably proved Russia's involvement in sparking unrest. In 2020, all of this was once again played out through protest rallies in the United States and Europe against violations of rights of national minorities. At the same time, the Western intelligence services again obtained clear evidence of Moscow's trail behind the rallies that Russian media almost branded "civil wars" in the United States and other Western powers.

At the tactical level, this actually allowed Russia to achieve certain results in realizing its interests. In particular, Moscow actually forced Ukraine to switch from offensive to defensive actions in Donbas and even to make a number of concessions in Russia's favor. At the same time, Moscow managed to change the political moods in the EU, namely, to increase the number of supporters of the resumption of full-fledged EU-Russia cooperation.

At the same time, Russia's strategic position keeps deteriorating. Thus, political and economic sanctions introduced by the United States and the EU against Russia, including severing cooperation in most important areas, exclusion from the G8, as well as restricting access to Western markets, loans and technologies, have significantly weakened Russian positions worldwide. Besides, significant damage was inflicted to the Russian economy, which further limited Moscow's ability to implement its strategic plans.

At the same time, Russia's attempts to improve relations with the West have virtually no real success. Moreover, the Kremlin's policy is starting to evoke a negative reaction in various strata of Russian society, which is associated both with the rejection of methods applied by Putin's regime along with the rapid mounting of the country's external and internal problems. In turn, this leads to an increase in protest sentiments across Russia, a more pro-active stance of the opposition, as well as deepening contradictions between the central government and the regions.

All this is objectively reflected in Russia's power structures, including through demoralizing some of their personnel. This is evidenced by the refusal of some security officials to crack on mass protests in the regions (in particular, in the North Caucasus and the Far East), as well as an increase in the number of defectors to the West and Ukraine.

Under these conditions, Moscow is shifting to more pro-active subversive efforts against Western powers, considering this the only way to influence their positions. Moreover, such work already bears all signs of state and international terrorism. Russia also applies methods of state terrorism as a means of intimidation and blackmail against defectors, political emigrants, and other opponents of Putin's regime on foreign soil.

Among the examples: the murder of ex-deputy of the Russian State Duma D. Voronenkov in Kyiv in March 2017; the attempted murder of former GRU operative S. Skripal in the British city of Salisbury in March 2018 using a chemical warfare agent; the murder of the former Chechen field commander, citizen of Georgia Z. Khangoshvili in Berlin in August 2019; and the attempted murders of Prague Mayor Z. Hrib and head of the Prague-6 district O. Kolar in April 2020 for initiating the demolition of the monument to Soviet Marshal Konev. Along the same lines goes the attempt in November 2016 to kidnap a former employee of Russia's FSB I. Bogdanov, who flipped over to the Ukrainian side in 2014.

However, that's not all. Since Soviet days, Moscow has maintained ties with various terrorist organizations operating against Western powers, as well as their allies in other world regions.

In particular, this applies to various anti-American groups in Iraq, as well as the Islamist extremist organizations Hamas and Hezbullah in the Palestinian Authority. It is through them, in cooperation with the Islamic Revolutionary Guard Corps of Iran and other Iranian special services, that systematic attacks are organized on American military bases in Iraq, as well as on Israel.

In addition, according to U.S. intelligence, Russia has established cooperation with the Islamist extremist movement Taliban in Afghanistan. As in other cases, the purpose is to undermine U.S. positions in the region, including by plotting attacks on U.S. military facilities. Moreover, such actions by Taliban are purposefully financed by Russian special services. The relevant data was obtained by American intelligence back in 2019 before becoming public this summer.

Close to terrorism is also the use of Russian mercenaries (including those who are part by Wagner PMC) to pursue Russia's interests in the Middle East, North and Central Africa. As a rule, Moscow employs them against unwanted forces in the said regions (in particular, against the internationally-recognized government in Libya and opponents of the Assad regime in Syria), as well as in the struggle for natural resources.

There's also cyber-terrorism, which has been widely practiced by Moscow in recent years and includes attacks on computer systems in other countries. Especially threatening is disruption of normal operations of automated control systems for critical infrastructure, in particular military (including nuclear) bases, energy grids, transport and industry, as well as payment and banking systems.

Such actions by Moscow cause significant concern both to the United States and other Western countries, also sparking a corresponding reaction on their part. Back in 2018, a group of American senators accused Russia of supporting terrorism. In this regard, they called for the need to further strengthen sanctions against Russia, including introducing most severe ones.
Based on these proposals, the Defending American Security from Kremlin Aggression Act (DASKA) was developed. The document provides for the expansion of sanctions targeting Russian politicians, oligarchs and other individuals who contribute to the government's illegal actions; a ban on transactions with Russian sovereign debt (securities issued on behalf of the Russian government); and tougher restrictions on investment in Russian energy projects. Also, it is planned to identify foreign assets owned by Vladimir Putin and his entourage with the possibility of their further freezing.

In December 2019, the draft was approved by the relevant committee of the U.S. Senate. Its consideration was supposed to continue in 2020, but was suspended due to resistance on the part of the Trump administration, as well as internal issues bothering the United States, including those associated with the COVID-19 epidemic and the ongoing election campaign.

Despite this fact, in June Republicans in the U.S. Congress came up with an initiative to designate Russia as a "state sponsor of terrorism". In support of this move, they presented the report "Strengthening America & Countering Global Threats". As a conclusion, the document recommends that the U.S. Congress finally pass DASKA.

Thus, despite Donald Trump's flirting with Moscow amid mounting internal problems within the United States, a new package of Russia sanctions will eventually be introduced - at least after the U.S. presidential elections, which are likely to end with a change of administration that won't be in favor of the Russian Federation.

On the one hand, this will further weaken Russia and undermine its international positions, which fits Ukraine's interests, and on the other hand, the West's increasing pressure on Moscow will lead to a more aggressive policy on the part of the Kremlin, including that targeting Ukraine.

Re: Russia as a sponsor of terrorism. Actions and consequences#15151764

Like
-  21 Jan 2021 12:54 #15151764
mirror mirror who is in geopolitical world offensive, I dont wonder why no one has responded to this neocon/globalist pamphlet, though everything that is introduced its easily projected on usA, now the question is just where and what would be the next target for colored revolution if not else, maybe balkans [1] maybe kazahtstan [2]

Political Review wrote:Despite this fact, in June Republicans in the U.S. Congress came up with an initiative to designate Russia as a "state sponsor of terrorism". In support of this move, they presented the report "Strengthening America & Countering Global Threats". As a conclusion, the document recommends that the U.S. Congress finally pass DASKA.

Thus, despite Donald Trump's flirting with Moscow amid mounting internal problems within the United States, a new package of Russia sanctions will eventually be introduced - at least after the U.S. presidential elections, which are likely to end with a change of administration that won't be in favor of the Russian Federation

hm, any sanction make Russia more selfsufficient because more and more is getting out from the western ties, in same time eU is just going down like that, and only positive outcome for west from such moves is domestic propaganda on top of cold war risk again, tho as it seems they want to cross directly to ww3 if we know that their economic stability is from year to year more and more in question thus need to risk earlier than later!?

till now proxy wars didnt made nay crucial change but just further weakened west as geopolitically so as ideologically, and maybe only good reflex fro them from all of their exhibitions was war-economy!

on other hand if by any chance west decide to rush with their nwo agenda stubbornly it would run on great risks at the moment [3] and thats not wise but stupid if we have in mind how late are usA with their hs-missiles!

Its complicated. If we cut off Russias supply t[…]

May 7, Thursday President Lincoln and General […]

Do understand how consent legally works? Because t[…]

How was Korea unjust? How was WW2 unjust? Cold […]