Fiction is primarily a vehicle for scapegoating - Politics Forum.org | PoFo

Fiction is primarily a vehicle for scapegoating

Fiction is primarily a vehicle for scapegoating#15087211 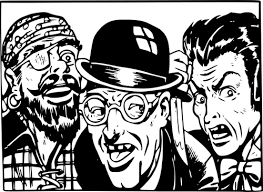 Likewise, long before him, Edward Said noticed that hundreds of years of European fiction contained smears against the people of the Middle East, North Africa, and other lands that Europeans were seeking to colonize and control.

Which leads me to wonder...
Is Scapegoating the primary function of all fiction?

Is this what 'entertainment' is? The nice feeling that one gets when one is offered easy answers (scapegoats) to complex problems?

In some cases, other nations or ethnicities or religions can be used as "bad guys" in fiction (if that's who the powers-that-be need to have killed to get more power). Many genocides have been preceded by wonderful works of fiction in which "shooting bad guys" is the primary entertainment vehicle.

But in most cases it's nature itself that is scapegoated, including in fictions like religious texts, and even today's medicine (eradicate viruses, vaccinate animals and humans, destroy parasites, get rid of wolf populations, spray forests with insecticides, etc.)

Why do we use fiction to create false "easy" solutions that ultimately bring us all down?

Re: Fiction is primarily a vehicle for scapegoating#15087231

It can be any sort of story. Granted, there is a lot of othering in a lot of fiction. But that isn't the reason fiction exists.

Life is never a complete story, and it often doesn't make sense.

Religion, and other fiction, is a way to have it make sense; to give it a sense of completeness.

Btw, have you read Never Cry Wolf? I think you'd like it.

Re: Fiction is primarily a vehicle for scapegoating#15087300

late wrote:Religion, and other fiction, is a way to have it make sense; to give it a sense of completeness.

Yes, but that 'completeness' must be accomplished in 400 pages, or in two hours, and by one author who is only as subjective as you or I. Or by a group of similar-class people defending their own class privilege.

So the "shortcut" is always to offer easy answers. And easy answers means finding a "bad guy."

And the existence of "bad guys" is promoted as a quick solution, becuase you can then kill the bad guy (or punish him, or bankrupt him, or sanction him) and then you are convinced you have done something positive.

In Bible and other religious stories, the "bad guy" is often nature, or human nature. And this is a disaster on yet another scale.

The 2 problems with "bad guys" as scapegoats is that, firstly, an injustice is then enacted upon them. And secondly, that the original problem remains unadressed, and this problem may even become worse because of the blowback from the first problem. 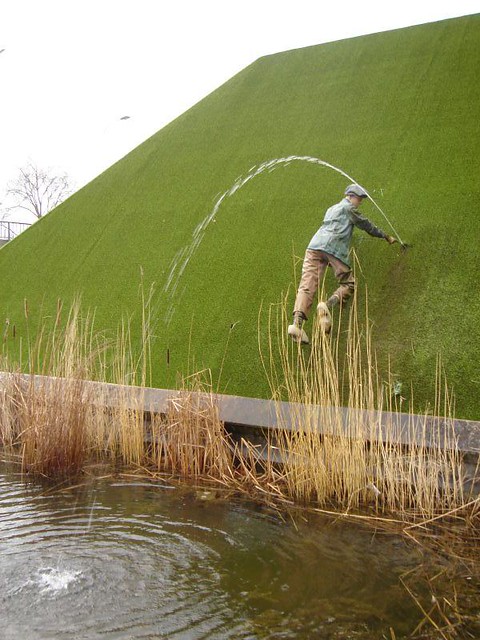 Re: Fiction is primarily a vehicle for scapegoating#15088513

In what way did he talk about scapegoating? The passage you linked to wasn't about fiction or scapegoating at all; but when he does talk about fiction in that book, it's to say things such as fiction giving us "the unprecedented ability to cooperate flexibly in large numbers".

Re: Fiction is primarily a vehicle for scapegoating#15088525

QatzelOk wrote:In Bible and other religious stories, the "bad guy" is often nature, or human nature. And this is a disaster on yet another scale.

How is confronting our own corrupt nature scapegoating? It's the exact opposite of scapegoating, it's acknowledging that we are the problem and taking responsibility for ourselves.

The natural world isn't the "bad guy" but it is a deformed chaos to be transcended. It's not your friend, it's not your mother, it's a brutal pitiless procession of horrors. The system that's destroying the world is 100% natural, it's only doing what all other natural systems have been doing since the beginning of time. It's creating through destruction, it's consuming, it's predating, it's parasitizing and exploiting as it slowly dies and fades back into nothing. Nature isn't a sacred balance, it's a runaway chain reaction feeding of itself as it careens towards its ultimate destruction.
"So much of left-wing thought is a kind of playing with fire by people who don't even know that fire is hot"

Re: Fiction is primarily a vehicle for scapegoating#15088845

Prosthetic Conscience wrote:In what way did he talk about scapegoating? The passage you linked to wasn't about fiction or scapegoating at all; but when he does talk about fiction in that book, it's to say things such as fiction giving us "the unprecedented ability to cooperate flexibly in large numbers".

I didn't want to point to any particular chapter as my conclusion is based on many passages in the book.

He doesn't link these two things- fiction and genocide - I do. And I think the author might agree with me.

Sivad wrote:How is confronting our own corrupt nature scapegoating?

By putting the words "nature" and "corrupt" together, you have also blasphemed nature as some kind of evil that needs to be eradicated. This is because some forms of fiction - notably religion and mass media - have actually replaced reality for millions (billions?) of soon-to-be-extinct-from-the-nature-they-were-trained-to-loathe humans.

Re: Fiction is primarily a vehicle for scapegoating#15088857

QatzelOk wrote:By putting the words "nature" and "corrupt" together, you have also blasphemed

Gaia forgive me.
"So much of left-wing thought is a kind of playing with fire by people who don't even know that fire is hot"

Re: Fiction is primarily a vehicle for scapegoating#15088881

QatzelOk wrote:I didn't want to point to any particular chapter as my conclusion is based on many passages in the book.

In the first chapter, he talks about how Homo Sapien Sapien may have (not a certainty) genocided all the other variations of humanity.

"Genocided"? Or just out-competed? Genocide being a deliberate act to kill an entire group.

In a later chapter, he mentions how the complex spoken word of homo sapien sapien gave this particular variation of humanity the unparalleled ability to create scapegoats.

(a) I can't find that about "scapegoating". What exactly does it say?
(b) There is a world of difference between "the complex spoken word" and "fiction". Since your thread title implies that fiction is "primarily" for scapegoating, you need a hell of a lot more connection than "fiction is composed of complex arrangements of words".

And this may have made sapien-sapen much more violent than the other more peaceful variations of humanity.

He doesn't link these two things- fiction and genocide - I do. And I think the author might agree with me.

So although you've just put words into his mouth (aka "fiction"), you're still claiming you think you speak for him. OK ...

Re: Fiction is primarily a vehicle for scapegoating#15088882

Like
-  03 May 2020 20:45 #15088882
I do not think this was always the case but lately, yeah, it kind of is. All the artists feel a need to make a difference and do something, yet they don't know how to do anything but tell stories, so many of them take what they do and scapegoat people. Mostly conservatives of course in Hollywood.
200k/yr media job where we all wear sweater vests, kiss each other & try to convince people Biden is technically a "molestor" not a "rapist."

Re: Fiction is primarily a vehicle for scapegoating#15089126

Prosthetic Conscience wrote:"Genocided"? Or just out-competed? Genocide being a deliberate act to kill an entire group.

"Out-competing" is just a euphemism for "genocide." Homo sapien sapien may have been perfectly able to make children and get along great with the other humans who, also, may have been much more sustainable in the long run... especially if they didn't go around scapegoating and then killing their scapegoats.

Darwin mentions "survival of the most adaptable" (to the environment) as being the key to success. He doesn't say "survival of the most violent" because violence isn't a survival skill - it's a "competing" skill, for sure, but ever-increasing levels of violence (through technology) will push a species to extinction, not to survival.

And scapegoating is a form of violence that combines lying and social rejection... leading ultimately to genocide and possibly extinction. Scapegoating nature for the last few thousand years has brought us to where we are environmentally.

you're still claiming you think you speak for him.

I didn't claim to speak for him at all. I made a deduction based on his writing (and others like Ronald Wright's Short History of Progress). And I say that he might agree with me - because his book is a summary of a lot of work, and doesn't pursue every possible conclusion of his research.

Hollywood has been scapegoating Arabs and other "enemies of America's Bankster Empire" for its entire existence. This makes it a lot easier to kill Arabs, and what Israel is engaged in looks a lot like a pre-genocide. A genocide of easy-to-hate Hollywood-movie bad guys.

Media turns you into a bad guy - prepare to be genocided.

Films for Action wrote:If we really want to go to the root of climate change, we need to start asking ourselves some very deep questions.

What is my relationship to the community of life on Earth?

What does the most beautiful future I can envision actually look like?

And what story will help us get there?

These are the questions we need to focus on, because if there is one thing I have learned, it is that our stories have an immense power to shape the world.

No individual has the power to chop down a whole forest or enslave a whole people by themselves. It takes a story that is believed by many more people who act together to accomplish such feats.

Stories provide roles and context in which our behavior makes sense. For example, our culture's dominant story of “progress” sees the conversion of biodiverse forests into palm oil plantations or tar sand oil developments as something positive for society...

An article that underlines the important side-effects of "our stories."

Think about this the next time you see the usual suspects in the role of "bad guys" in any kind of fictional story. 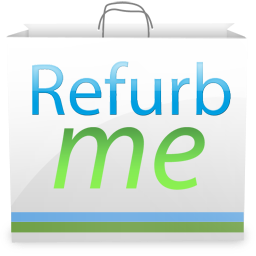 Real Problem: Humans feel alienated and bored in the straight-jacket of their civilizations (misery)

Scapegoat(s): Other cultures, other religions, other classes, human nature, nature in general, people with different educations, other economic models

(This one is a bit more complicated because there are many more genres of entertainment media (comic books, great works of literature, movies high and low-brow, etc. Different genres target different audiences with different scapegoats.))

Dorothy Woodend wrote:...After watching the 10th commercial with a narrator gravely intoning “we’re all in this together” overtop images of people staring stoically into the unknown future and hugging their kids, I started to go a bit nuts.

A&W, Walmart, Charmin, Canadian Tire — every corporation seems to have churned out a sentiment-heavy, treacly ad about overcoming adversity, the triumph of the human spirit, and oh yeah — buy our crap.

After screaming “fuck off” at the TV for a while, which didn’t do much, I wondered: why am I really mad at Charmin and its ultra-soft toilet paper?

Maybe because all the puffy, feel-good stuff from corporations, which by design are all too happy to sacrifice workers for the bottom line, makes me want to break things. The president of Walmart made more than $22 million last year and paid his U.S. workers $14.26 an hour and we’re supposed to believe everyone is in this together. Right. Sure. ...

In this example, the ads are suggesting that the panic and sense of distress can be mitigated if you just show some solidarity with A&W, Walmart, Charmin, of Canadian Tire. The way for a consumer to "show solidarity" is to buy products from these firms. Misery is blamed on lack of solidarity with brands.

He actually thought Communism could work, its l[…]

There are people still trying to say that the dri[…]