Thanks, have a good day.

This is why you get the likes of Sinead O'Conner converting to Islam. I was particularly amused by her "I don't want to spend time with White people again."

I do love leftie Liberals, they're such a constant source of entertainment. The first thing this tells you is that Islamophillia is just a form of anti white hatred. Of course in reality plenty of Muslims are White, but for the leftie Islam is the ultimately statement of anti Whiteness. The real reason though that she doen't want to talk to White people is she doesn't want to be challenged on all her previous feminist bullshit, that she's just flushed down the toilet.
While I support the impeachment of Salvador Allende, no executive Presidencies, proportional representation and short fixed term parliaments would have been preferable.

Like
-  23 Feb 2019 02:31 #14989943
It is bad for men to be very masculine because it makes men too competitive (which separates men, which is a form of social alienation), and that it has to get men on their guards a lot, preventing them from achieving true happiness.

Men who are bossy, loud, very muscular, and athletic are very self destructive to themselves, and to others around them. Women who like that and who are attracted to that are traitors to the freedom and individuality of everyone.

SSDR wrote:It is bad for men to be very masculine because it makes men too competitive

Men are no more competitive than women. They just do it in different ways.

SSDR wrote:Men who are bossy, loud, very muscular, and athletic are very self destructive to themselves, and to others around them.

Muscular and athletic are physical attributes that do not determine destructiveness. I've met some extremely strong and muscular men who were absolute sweethearts to their ladies, and wouldn't dare to ever exert their physicality over them. You're confusing biology with psychology.

SSDR wrote:Women who like that and who are attracted to that are traitors to the freedom and individuality of everyone.

Physically strong men are not "toxic". The behavior of some men is "toxic".

I do not think religion is a factor. People use lots of things to cope with various things, and singling out religion as a contributing factor to toxic masculinity, is wrong, IMO.
“Let me never fall into the vulgar mistake of dreaming that I am persecuted whenever I am contradicted.” ― Ralph Waldo Emerson 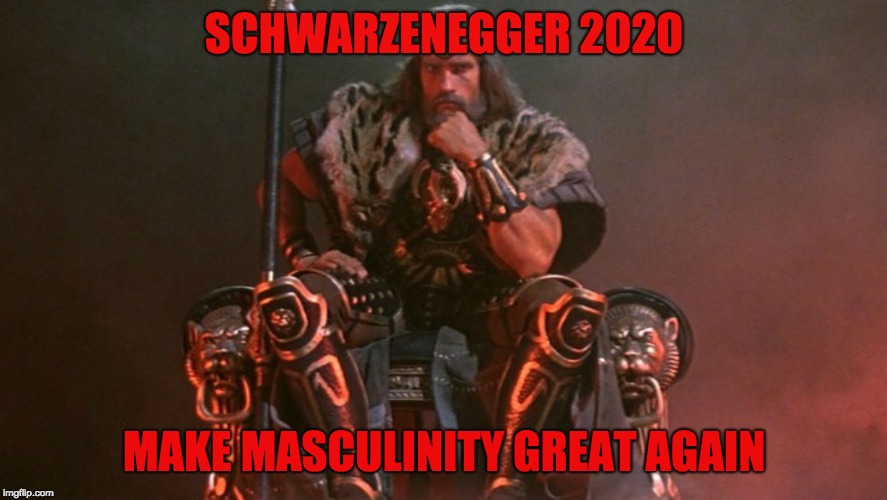 Rancid wrote:Ok, I think I understand you.

Are you saying that it's such a vague and nebulous concept, that it's useless from a practical standpoint? Is that what you're getting at here?

Yeah toxic masculinity is no more conceptually useful than saying this is good and this is bad in relation to behaviours generalized to men.
https://www.marxists.org/admin/books/hegels-logic/foreword.htm

(a) In the Qualitative Judgment, the subject is ascribed a single quality, the relevant social practice is said to be good or bad, or novel or whatever. Hegel presents a logical critique of any such judgment, hinging around the point that equating an individual with a particular is always faulty.

It is but a step towards a better conceptual understanding but its perhaps why this is more of a term in mainstream discussions. Its easy to engage in but it seems to be confused by having to use the term instead of getting to the point of arguing what is good and bad and why in regards to mens behaviour.

Like
-  23 Feb 2019 15:50 #14990060
@Godstud, I never said that men are more competitive than women. I said that extreme masculinity that makes men too competitive is self destructive and socially alienating.

Well guys who are bossy and have extreme psychological masculine characteristics are toxic.

Your third response does not respond to what I am saying. What I was saying is that women who are attracted to sexist men who are bossy and who are shame inflicting are traitors. That has nothing to do with a man who is physically strong who is not bossy.

Yes religion does exist for various reasons, but one reason why it exists is to cope with men who are very bossy and obnoxious and aggressive. So religion is a contributing factor in toxic masculinity because it prevents people from realizing that a man who is PSYCHOLOGICALLY bossy and masculine (not biology don't get confused) is not correct. It is like a drug. Just like how people do drugs to cope with domestic abuse and economic instability, the same with this.

Like
-  03 Jun 2019 18:09 #15009596
Got started by this male self help group: https://en.wikipedia.org/wiki/Mythopoet ... s_movement
I heard a good description for masculinity: those male traits that helps a man sire children and have them live to procreate themselves. Toxic masculinity could be referenced as harmful baggage.
There are certainly Feminists that say ALL masculinity is toxic so that the term is redundant. Example:
https://en.wikipedia.org/wiki/Mythopoet ... s_movement
"Why It Might Be Time to Retire the Buzzword ‘Toxic Masculinity’
Ahead of the release of her new book ‘I’m Afraid of Men’ author Vivek Shraya reflects on masculinity myths."
Old enough to know worse

You have a cool avatar but just so you know they don't allow the avatar pic to be in color. I'm assuming you're new to this forum.

Agent Steel wrote:Hello gorifas and thanks for responding to my thread.

You have a cool avatar but just so you know they don't allow the avatar pic to be in color. I'm assuming you're new to this forum.

Thanks, changed it.
Question for you: once posted, can a poster edit the post? I screwed up on my first to you.
If not, all that can be done is post again. I'll have to review to see if double posting is frowned upon.
Old enough to know worse

gorfias wrote:Thanks, changed it.
Question for you: once posted, can a poster edit the post? I screwed up on my first to you.

You can edit your posts. Hit the button in the top right corner of your post that looks like a gear.

If not, all that can be done is post again. I'll have to review to see if double posting is frowned upon.

I believe it is against thw rules.
There is a crack in everything,
That's how the light gets in...

Like 2
-  03 Jun 2019 19:05 #15009610
I have been in some very very serious situations during war time and the guys who you thought were billy bad asses, the guys who worked out all the time and were atheletic and acted all alpha male, from my experience, those were the guys that got killed during war time. The quiet guys who didn't say much or talk much or act all Billy Bad Ass or alpha male and even some of the guys you thought wouldn't survive in a war or were pushovers, those guys were the ones who fought like lions and did really well. The guys who acted all alpha male and billy bad ass before the deployment got killed by making bad decisions or just being stupid. And I have seen many a strong man cry like little bitches. I cried like a little bitch myself during my deployment and none of the guys I served with judged me harshly for it. They totally understood. We were all in the same boat. The ones who feel the need to be Billy Bad Ass all the time or try to be all dominant are insecure and not always as courageous as many think he is.
"Pays to be a winner and really SUCKS to be a loser." -Jocko Willink

If a seahorse is a horse that lives in the sea, th[…]

The thing about "herd immunity" is that[…]

“Angry mobs are trying to tear down statues of our[…]