The hidden meaning of the Mexican flag - Politics Forum.org | PoFo

The hidden meaning of the Mexican flag

An atheist-free area for those of religious belief to discuss religious topics.

Forum rules: No one line posts please. Religious topics may be discussed here or in The Agora. However, this forum is intended specifically as an area for those with religious belief to discuss religion without threads being derailed by atheist arguments. Please respect that. Political topics regarding religion belong in the Religion forum in the Political Issues section.
Reply
Share topic

Like
-  10 May 2020 22:50 #15090727
The green, white and red flag of Mexico features an image of an eagle atop a cactus holding a snake in its talon. According to legend, the gods told the Aztecs to build a city (now Mexico City) where they spot an eagle on a nopal eating a serpent.

However, the image of an eagle fighting with a serpent also has an ancient meaning associated with myths found in the Near East, India and the southern Pacific, in which the bird and snake symbolize the tension that exists between the solar principle (bird) and that of the maternal chthonic forces (snake) or the conflict between the spiritual and material worlds.

In this ancient motif, one does not exult in the victory of the eagle killing the serpent. Given that ancient images often depict a goddess holding a serpent, one can see how Jewish and Christian traditions demonized both the serpent and female power. There can be no balance; the bird of the heavens must defeat the serpent of the earth. 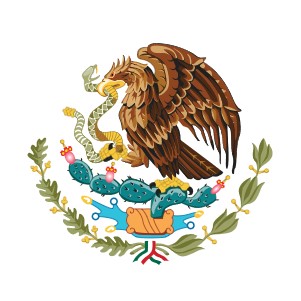 I can't figure out how our glow in the dark frien[…]

Did I not mention the fact that the Non-aggressio[…]