NPR tried to frame this incident as a racist white incident and tried to claim that the imaginary racists that they believe in is somehow real. 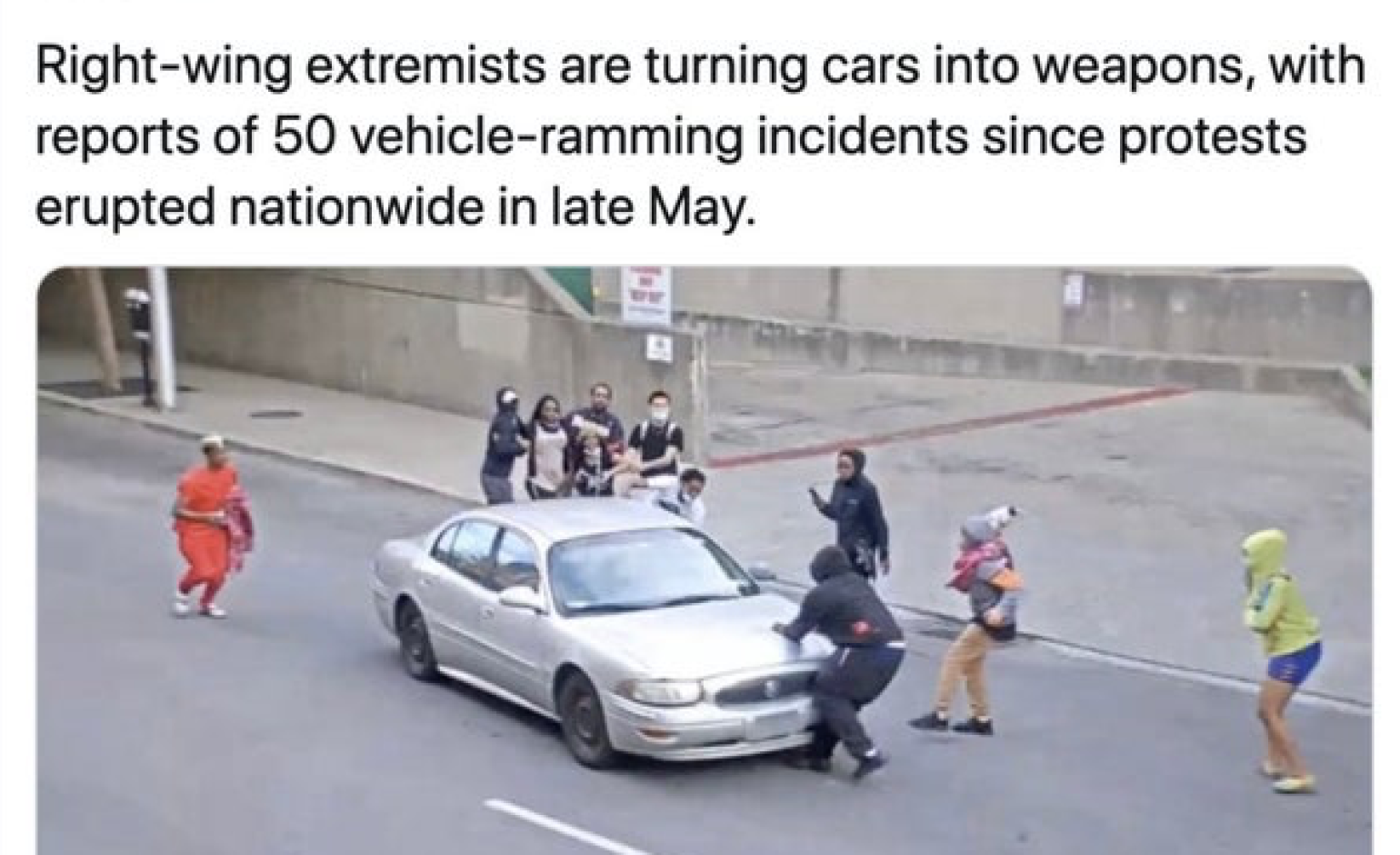 A black female motorist on Wednesday struck a man with her car when he tried to block her from escaping a violent mob in Louisville, Kentucky, according to local law enforcement officials.

Despite the immediate availability of footage showing the woman speed away as she was being physically assaulted by the crowd, despite the fact that one of her assailants even pulled a gun on her, National Public Radio published a report this weekend portraying the motorist as not just a villain, but a “right-wing” extremist.

Although it is notoriously difficult to sue news outlets in the United States for defamation or libel, the Kentucky motorist has a pretty strong case.

NPR claimed on Sunday in a since-deleted tweet, “Right-wing extremists are turning cars into weapons, with reports of 50 vehicle-ramming incidents since protests erupted nationwide in late May.” The tweet included a picture of the Louisville altercation.

Just so we are all on the same page: A woman hit a man with her car on Wednesday as she fled from a mob that had turned violent. The Louisville Metro Police Department shared surveillance footage of the incident that same day. The footage clearly appears to support the woman’s claim that she feared for her life. Four days later, NPR published an article portraying the woman as a "right-wing extremist" who planned to use her car as a "weapon" against protesters.

NPR later published an editor’s note, which reads, “A previous version of this post and story included a photo of a protester being struck by a car in Louisville, Kentucky. The photo, chosen by editors, does not appear to be an example of the assaults described in the story, and has been replaced.”

And then they replace the accompanied photo with an incident with a three year old unrelated incident.

Editor's note: A previous version of this story included a photo of a protester being struck by a car in Louisville, Kentucky. The photo, chosen by editors, does not appear to be an example of the assaults described in the story, and has been replaced. Police have not charged the driver, but have charged two of the protesters involved in that incident. Authorities continue to investigate.

National Public Radio has come under fire after it illustrated a story on right-wing attacks with footage from an incident in which a car knocked down a man after the driver was attacked through the window.

#DefundNPR was trending in the US part of the Twittersphere on Sunday evening after the non-profit media outlet, partially funded by the US government, ignited outrage from conservatives for using a seemingly misleading cover photo to promote a story alleging a surge in attacks by “right-wing extremists” using vehicles to ram into protesters.

An initial version of the story, titled “Vehicle Attacks Rise As Extremists Target Protesters,” featured an image from footage showing a group of about a dozen people surrounding an SUV. One person can be seen standing in front of the car, as if almost leaning against the hood.

It did not take long for internet sleuths, however, to point out that the cover pic, which was supposed to serve as an example of right-wing violence against peaceful protesters, has a controversial backstory to it.

The surveillance footage from the scene, the source of the photo in question, shows a protester standing with a megaphone right in front of the vehicle, blocking the road.


“You falsely accused a crime victim of being a terrorist. Enjoy the lawsuits!” political commentator Mike Cernovich wrote.

“This driver needs to get a lawyer and sue NPR,” Stephen L. Miller, host of the Versus Media Podcast, who has also contributed to Fox News and several other media outlets, wrote.

Responding to the backlash, NPR replaced the cover photo and issued an editor’s note, saying that the photo originally chosen to illustrate the piece “does not appear to be an example of the assaults described in the story.”

“Police have not charged the driver, but have charged two of the protesters involved in that incident,” it said.

Many critics, however, are not satisfied with NPR’s response, calling it out for pretending they did nothing wrong and urging the station to issue an apology.

Destruction is not a strategy, nor should it be t[…]

@Wellsy , what do you think of this response? T[…]

Mainly this just involves an incubator and being […]