The Zero Hedge Times wrote:
"I Absolutely Cancel Myself": GW Professor Under Investigation
After Disclosing That She Is Not Black

In an academic version of the Rachel Dozezal controversy, the New York Times is reporting that George Washington University is investigating the bizarre case of George Washington associate professor Jessica A. Krug who admitted in a Medium post Thursday that, despite publicly identifying as a black woman, she is in fact a white Jewish child from the suburbs of Kansas City.

Krug has called herself a “cultural leech” and announced that she was “cancelling herself.”

The Chronicle of Higher Education stated that some of the positions that she secured in teaching were due to her claimed minority status. 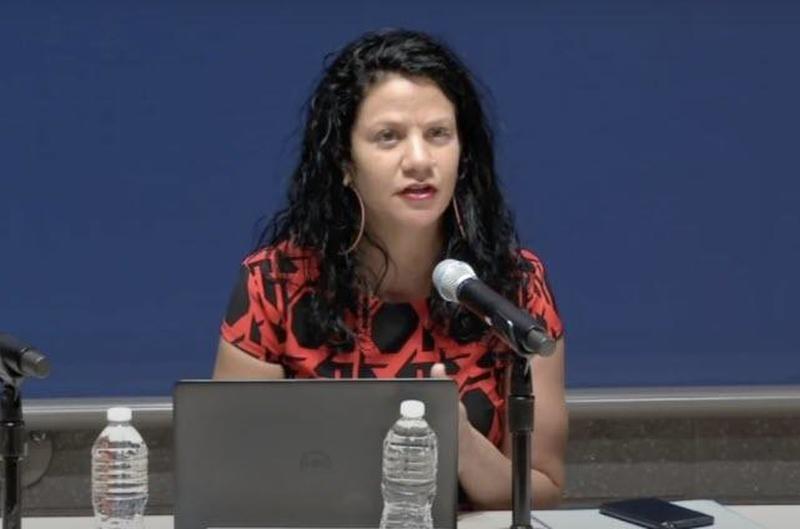 "I'm just some Jewish kid from the suburbs."

Like 1
-  02 Oct 2020 02:38 #15124270
Who would ever think she was black? All the fuckwits who were too afraid to point out the obvious should also cancel themselves. All of these dipshits should do us all a favor and cancel themselves right out of existence, I'm pretty sure I wouldn't miss any of them.
Socialism without freedom is fascism.

Sivad wrote:Who would ever think she was black?

It's amazing what you can do with hair, makeup, clothes and attitude to create some kind of "persona."

And of course, this "persona" is a way of accomplishing something *despite* who you *are*.

I read about this in Cosmo while waiting to have my feet eaten by fish. I think the author called it "cultural appropriation," and she suggests that hot guys find it a real turn-off.

Like
-  02 Oct 2020 22:42 #15124491
If she takes a DNA test, she may be able to prove her African ancestry. To me, she looks part African as most of non-Ashkenazi Jews are, and her work focuses on Africa and the African diaspora. Her ancestors may have come from the Jewish diaspora communities in North Africa. The Sephardic Jews show significant North African ancestry, which could reflect bidirectional migrations to and from North Africa and Europe over the centuries. North African Jews fall into two genetically distinct groups: those of Morocco and Algeria and those of Tunisia and Libya. Campbell et al. (2012) examined the genomes of 509 Jews and 11 non-Jews from North Africa, which is home to the second-largest Jewish diaspora. 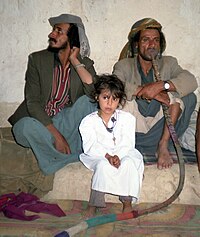 Isolation began for Jews when Roman Emperor Constantine converted to Christianity and made it the state religion of the Roman Empire. In the process, Jews were deprived of their right to convert pagans or accept proselytes. Most Christian communities of North Africa disappeared following the Arab conquest of the 8th century CE. The Jewish communities remained, but were subject to religious and civil suppression. The Jews tended to live in their own special quarters, and the area as a whole was fragmented into small tribal states. The resulting high degree of endogamy within the North African Jewish populations is reflected in the high degree of within-population IBD sharing, the patterns of within-population rare Mendelian disorders, and the identification of a shared inferred ancestral component among the Djerban, Tunisian, and Libyan Jews by STRUCTURE, neighbor-joining tree, and, to a less obvious degree, PCA. Such a uniquely shared inferred ancestral component was also observed among the Middle Eastern/Caucasian–Iranian, Iraqi, and Georgian Jews.

These results are in agreement with previous population genetic studies of North African Jews, yet significantly expand their observations by using larger numbers of populations and contemporary methods. Earlier studies based on blood group markers and serum proteins differentiated North African Jews from other Jewish groups and from non-Jewish North Africans (8–13). A more recent study identified a distinctive signature for Libyan Jews (15). Here, this signature was confirmed and shown to be shared by Djerban and Tunisian Jews. A global study of Jewish population genetics from 2010 that partitioned most Jewish genomes into Ashkenazi–North African–Sephardic, Caucasus–Middle Eastern, and Yemenite subclusters demonstrated that an Ethiopian subcluster was close to the local population, in accordance with what was observed here (14). A previous study of monoallelic matrilineal inheritance demonstrated limited mitochondrial lineages in Tunisian and Libyan Jews, but not in Moroccan Jews, which was observed in this study as a high degree of extended IBD sharing among the more endogamous Tunisian and Libyan populations (5).

The observations for Georgian and Ethiopian Jews met historical expectations—Georgian Jews are an outgrowth from the Iranian and Iraqi Jewish communities, and Ethiopian Jews are an ancient community that had relatively few, if any, Jewish founders from elsewhere and existed in isolation for >2,000 years. Nonetheless, the low FST between Sephardic and Georgian Jews suggests that the latter may have had significant contact with Turkish or Syrian Jews. The observations for the Yemenite Jews are even more surprising. Like the Ethiopian Jews, this population was founded >2,000 y ago and was thought to be comprised mostly of local proselytes, which is reflected in the distinctive clustering of the population away from other Jewish groups and the mostly Middle Eastern ancestry present in this group. However, the observation of comparable FST and IBD sharing with other Jewish communities implies significant common Jewish founders in the absence of more recent genetic flow into the community. Thus, although Jewishness was transmitted by the flow of ideas and genes, both appear to have been under selection for long periods of time.

ThirdTerm wrote:I read about this in Cosmo while waiting to have my feet eaten by fish. I think the author called it "cultural appropriation," and she suggests that hot guys find it a real turn-off.

Wouldn't matter. People (especially in America) don't judge race by genetics, only by appearance. You look black, you're black. You look white, you're white.

ThirdTerm read only the headline, and then wrote:If she takes a DNA test, she may be able to prove her African ancestry.

She's a TA in an African Studies program. If she had any African DNA or Algerian ancestors, she wouldn't be cancelling herself and calling herself "a cultural leach" like she is. (re-read article?)

**Personally, I think cultural appropriation is a great thing, and likewise I think that being a cultural leach is a wise strategy.

The cultural-purity intent of this censoring of "cultural leach-i-ness" seems a bit racist itself. The most sincere way to admire another culture is to appropriate it, and to ban or shun appropriation of cultures is another way of banning them.

QatzelOk wrote:Does it really matter if Jessica A. Krug is "black" or if she has "diaspora credentials"?

If Jessica A. Krug is from a *hegemonic* group, she may have been first-eye witness to the non-representation of other *marginal communities* in the halls of power, and decided that she would use her well-developed voice to defend these not-in-the-room-when-important-decisions-are-made groups.

If so, than I can support this kind of cultural appropriation, since its cause is sincere. Maybe a single person like Jessica A. Krug can't overthrow the system to make it more balanced in racial representation (with the goal of finally eradicating this constructed social hierarchy) - but a single soul like herself can work to make it "overthrow itself" by acting as a Robin Hood double-agent from the inside. 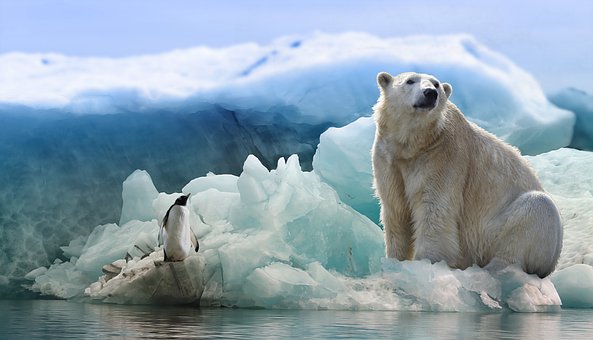 "Who can speak for us, the polar bear community?"

But Elvis Presley, as a negative example of cultural appropriation, simply ripped-off black "style and cultural development" that had been blocked - and continued to be blocked - by race-based radio stations in the USA. In this case, the "appropriation" is a theft as there is no recompense to the original creator. Black artists received very little compensation for their innovation, and then a "black artist imitator" cleaned up financially (and food-wise).

In the cancel-culture diva example of the OP's prof, Jessica A. Krug, there has been a sincere effort on her part (I think there has...) to compensate the origin of the cultures being both appropriated and celebrated. Or would someone argue that her effort was insincere or mis-directed? 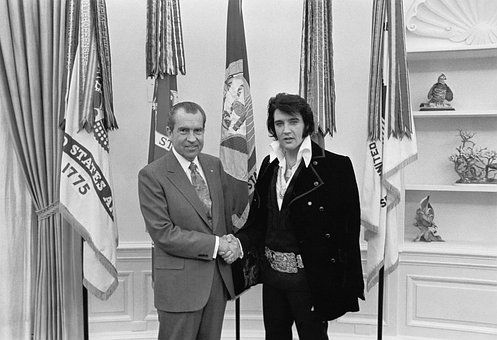 Sivad wrote: All of these dipshits should do us all a favor and cancel themselves right out of existence, I'm pretty sure I wouldn't miss any of them.

You wouldn't because you don't live in the multi-cultural university environments that can host them.

I was hosted by a university for a few years as a cultural leach, of sorts. It's not such a bad life.

You learn to live with voluntary simplicity, and run on ideas.

Why should I consider myself limited by the identity politics of my parents?

They were Catholic - so I am? They were lower middle class, so I am?

Seriously, being forced to re-live the exact class-based life of your parents -this is the opposite of freedom.

@Julian658 Exactly how do you “hermetically se[…]

Them is healthy fats, not trans fats etc Right,[…]

Job creation is wealth creation. It's a collabor[…]