Social engineering may refer to:

Are we actively being directed?
I think it's fairly obvious that it is.
So the question becomes, to what end?
And a box-full of subsidiary questions like:

- Are both "political" and "security" issues being addressed?
- Does religion have a hand in this?
- What are the racial implications?
- What's the cost (both financially and in terms of humanity)?
- What are the risks?
- Who might be able to engineer large scale societies?

It seems we accept that social engineering happens. 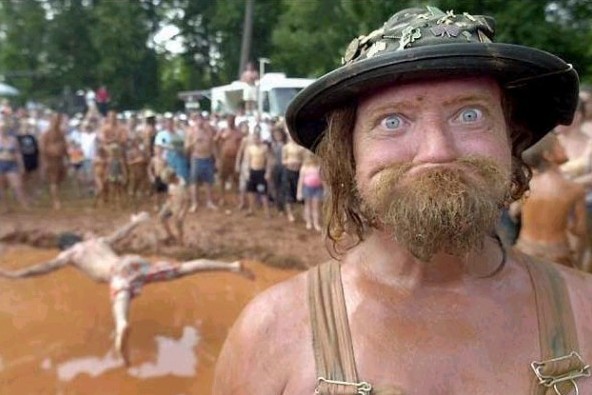 Is this a good thing?

-Of course they are addressed, but without the ability to influence them efficiently enough
-Nope
-There are only cross-national / cross-cultural implications
-Loss of welfare obviously
-In the case it would work the risk would obviously be that of a bad dictator
-Currently no one.

-There are worse things.

Politics, particularly as practiced in the Polarized States of America, is a call to socially-engineer the nation at large through control of the government. The perennial polling question, 'Are we on the right track?', is presented in evidence. In a PSA-style democracy the drive to 'engineer' is led by charismatics and powered by the people themselves.

'The strongest chains ... .'
"And gladly wolde he lerne, and gladly teche." Geoffrey Chaucer

By Odiseizam -  15 Oct 2020 20:20
Like
-  15 Oct 2020 20:20 #15127803
Soc.Eng. is real science engaged by any current political system on one or another level at least creating dont worry narrative, tho there are different ways of misuse by corporatism through marketing or media through propaganda, eventually ideologies could use it on different levels inward or outward, but its fact that as individually so as collectively we are all manipulated to become obedient indebted and indoctrinated slaves of the power elites and their favorable ideology, especially in democratic countries where all this charade is masked carefully through mass propaganda tools, and we are almost use to it i.e. addicted to manipulation that everything is ok and would stay as it is, the question is was all this orchestrated for the sake of easier rat race management or its more hidden sinister spiritual agenda also behind ...

com. like George Carlin said, "They call it the American dream because you'd have to be asleep to believe it."

By Odiseizam -  18 Oct 2020 21:31
Like
-  18 Oct 2020 21:31 #15128294
could one man create brainwashing narrative, yes he could, it needs just enough attention on his behalf eg. Noam Chomsky in the last link docu is pointing that all the vices of current usA indebtness is due to lack of regulation, and like that in a way is promoting the socialist agenda, but actually what brought to risk prone market was the disbandment of the last remnants of the gold standard after kennedys death [1][1] when 5 years later was introduced the fiat standard and the endless gambling machine through unlimited debt growth, something that as we can see if wanted could be sustained with helicopter money endlessly, and if needed could be reset , and till the bankor elites see in the debt more lucrative space they'll push for such enslaving at least of third world countries by simple mechanism of pumped inflatory rates of debt [2] easy blackmailing schema that go hand in hand with geopolitics ...

... but lets say my interpretation for the reasons of failed usA economic stability is wrong, for sure more regulation as Chomsky suggest is not the biggest factor, altho he gold standard is defacto regulation of a kind, but in essence is paradigm shift of enormous proportions and not some regular regulation in the system! maybe my stance is somehow anti-globalistically biased but I think that he is pushing vigorously such nwo agenda, I am not sure and familiar how deep he is in such propaganda mode, yet from his theories I would say he is more than plain globalist! does he really believe that open democratic socialistic society is possible, where on saturn!? I am aware he is idealist [1] but defacto we live on world where there is global bancorp elite and that elite see itself as ubermenschen thus as such with two centuries eugenic strive they'll never left their power in hands of the common people, so democratic socialism means agai centralization and that again will lead to totalitarian nwo!

at least he is not transhumanist who sees technological singularity at the end of the eugenic evolution tunnel what is stated on 19:19 in this interview ... anyway somehow I respect Noams effort to pinpoint on the current western elites hypocrisy, also I have understanding for his wind of change mindset, but exactly that same change if its in their (euroatlantic determinists) hands as nwo - again masses will be manipulated but then on a way more totalitarian level! guess current orwells panopticon will be re-insured by huxleys gmo-emf-crispr lobotomy, probably even now experimented on isolated control groups of racial national or religious types, just who knows what dr.who is cooking in the hidden labs underground!?