Special operation by Moscow and its agents of influence in Ukraine - Politics Forum.org | PoFo

Special operation by Moscow and its agents of influence in Ukraine 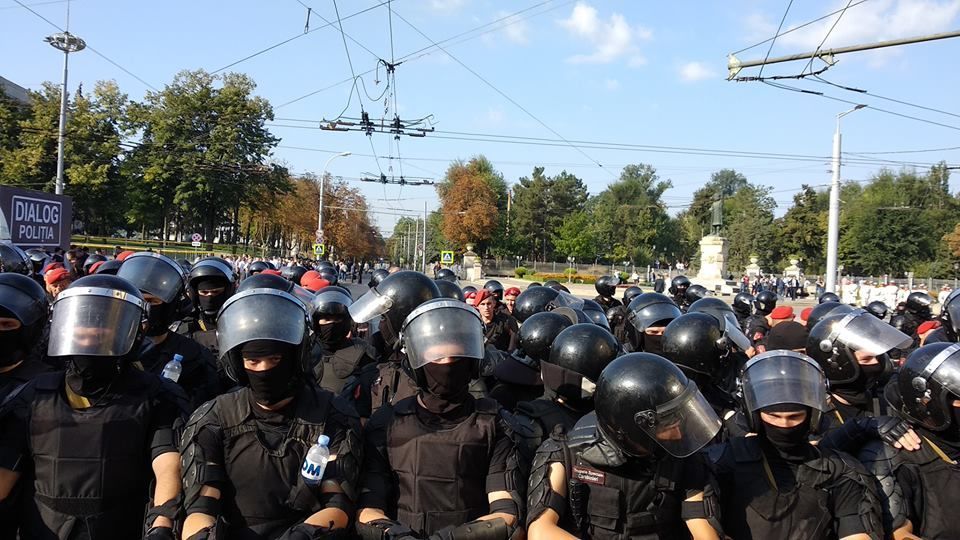 Mass protests in Novi Sanzhary, the Ukrainian settlement where Wuhan evacuees were placed for 14-day quarantine, spilled beyond Ukrainian media space and made international headlines. It’s one thing when pro-Russian and Russian media make their traditional spins, adding gloomy colors to their propaganda reports, but it’s quite different when the Washington Post, Voice of America, NBC News, Reuters, CNN, and Fox News have their say…
But, honestly, given the glaring overtones of the latest developments and the efforts of our hybrid neighbors in the media field, this was to be expected. That’s because certain hints of an impending information tide were demonstrated both by our hybrid neighbors and their agents of influence in Ukraine some time before the evacuation.
I described yesterday in my piece “Who is sowing panic in Ukraine over coronavirus”, how Russian talking heads prepared grounds for the coverage of the saga of the evacuation from Wuhan, In turn, Igor Gavrilenko on Facebook noted that the initiator of panic in Novi Sanzhary was Serhiy Cherednychenko, who spread this information through the RegionNews website a day before Chairman of the Poltava Regional State Administration, Oleh Sinegubov, learned about the arrival of evacuees.
That is, Serhiy Chrednychenko had this information before the head of the region did? Wow, what a nimble and knowledgeable young man!
There’s more on him though!
If we dig into the past of Serhiy Chredncichenko, whose name is hardly known to the Ukrainian public, it turns out that the guy was recently introduced into the media space personally by a controversial politician Ilya Kiva as head of the Social Party unit in Poltava. When Cherednychenko was in charge of the Poltava Revival NGO, the SBU found a pack of “Novorossiya” [a Russian geopolitical project aimed at splitting Ukraine] newspapers during a search in the home of one of his employees.
That’s how interesting the initial source of this panic is… The guy represents the Social Party and supports a pro-Russian Opposition Platform, whose employees distribute the Novorossiya junk newspapers.
In fact, we have witnessed a full-scale special operation organized by the Russian side with the use of their “fifth column” and agents of influence in Ukraine. These actions were synchronized with the efforts by FSB and GRU’s infowar units, since the distribution of reports, photos, videos, and comments in social networks was enormous in its scale, employing trolls, popular public pages, and a whole army of bots.
One of the goals of this operation was to shift focus from the agenda of February 20, unpleasant for the Kremlin (the anniversaries of the Maidan shootings and the start of Crimea occupation, as well as the UN General Assembly meeting on Ukraine). Russia also aimed at molding a negative image of Ukrainians as barbarians compared to Russia (where the day before they were telling about a successful completion of the evacuation and quarantine). Also, another stone was thrown toward further discrediting Ukrainian authorities, while a drill was also carried out on rocking the socio-political situation using the force factor.
In conclusion, I would like to refer to the title of this piece. I meant to mention the “Yellow Vests” protests in France. After all, it all started from peaceful protests by farmers and utility workers against a fuel price hike. But very quickly they turned into anti-government riots and looting after radical groups representing People’s Association led by the Kremlin-fed Marine Le Pen penetrated protesters’ ranks.
The scheme is very similar: a large-scale media coverage of events by the Russian media, both in Paris and Novi Sanzhary, and massive dissemination of carefully tailored narratives in cyberspace through the army of bots. And, of course, there was the insider element — the “fifth column”.
After all, while all of Ukraine condemned the residents of Novi Sanzhary, a handful of actors, not even a tenth of the entire population of the settlement, persistently continued their shameful act, which eventually led to rocks being thrown at buses carrying evacuees.
Personally, I very much doubt that some average housewife, even a brainwashed one, would start throwing rocks at a bus full of people, but those who actually did this were very well aware of what was required of them. And I won’t be surprised if in the near future we will learn about a certain financial motivation of especially zealous protesters. But time will pass before this might happen, and, unfortunately, it won’t resonate with the public that much.
Shock content is always more attractive to masses than truth.

A link to an article about it . Nixon’s New Fede[…]

A more balanced, not to mention better informed, p[…]

Correct. If jobs are available and you don't wan[…]