So how deadly is it?

You haven't a fucking clue what you're posting.

B0ycey wrote:It is because Germany test like crazy. Not only does that contain the virus better, it gives you a wider group of asymtomatic candidates in the data spectrum. Which is why dividing deaths by confirmed cases means absolutely fuck all. Germany hasn't got magical water. There healthcare isn't better. They simply have more accurate information. Which is why when we have a test that detects Coronavirus antibodies, all governments should invest in it and test their entire populous. That data will give us a better understanding of everything. Because at the moment all action taken is reactionary and may even be wrong.

I hear the Germany earth care system is better. But it doesn’t matter. It would still be overwhelmed if this virus were miss handled.


So testing makes sense. How can a government and health authorities make effective decisions without timely information?

This information can aid containment by revealing geographic distribution as well as who is now immune. So very useful for precision containment operations without having to resort to mass shut downs that stuff up the broader economy.

But more information is useful for keeping the public cooperating with authorities. S Korea, SG and Taiwan have all kept the public informed of spread and alert to what danger they might or might not be in. Also they have educated the public so everyone knows why they have to do the things the authorities ask.

As a result, the public is cooperative rather than fearful and untrusting of the authorities. Western governments stuffed this up by ignoring the problem rather than preparing and then lying or hiding information in an attempt to retain control. And now this ridiculous idea that Asians are more disciplined, communal or obedient than westerners has taken root again. It is racist.

The fact is western authorities just fucked up.

Godstud wrote::lol: You haven't a fucking clue what you're posting.

I think you need to go a little easier on Sivad. It is clear his grip on reality is not that strong. We should all be concerned for his well being by this stage.

Like
-  28 Mar 2020 08:37 #15079243
There's one country the Liberals don't want to talk about, Taiwan. And there's one country the Liberals really don't want to talk about, Japan. Japan has repeatedly defied the Liberals by refusing to "save" themselves by flooding their country with immigrants, particularly Muslims. Another particularly disturbing thing about Japan, at least for Liberals, is their refusal to celebrate obesity. Of course that doesn't stop Liberals from attacking Trump for being fat. Its a bit like the way that Liberals go on and on the evil of seeing women as sex objects, yet mock Conservative young men for not bedding enough women.

Japan is notorious for its ageing population, so where are the deaths?
While I support the impeachment of Salvador Allende, no executive Presidencies, proportional representation and short fixed term parliaments would have been preferable.

Rich wrote:Japan is notorious for its ageing population, so where are the deaths?

By testing and isolating anyone entering the country Japan have prevented community spread. That includes their own nationals returning from abroad.

Same with Vietnam and several other Far East countries.

Sivad wrote:I did. I don't have to pick one of the two options you provided.

You didn't but you have now. Your argument is a variation of my second option.

Sivad wrote:Yeah, and then in following months the death rate is going to drop off precipitously because all the terminally old got the sniffles.

So excess deaths then. And of course these deaths should be counted. The flu is dangerous for small children and it wouldn't be their "youngness" that kills them either. Age can be a risk factor for various reasons and so are preexisting conditions.

Anyway, yeah, couldn't care less.
"Science is the belief in the ignorance of experts"
Richard Feynman

Kaiserschmarrn wrote:The flu is dangerous for small children and it wouldn't be their "youngness" that kills them either.

As of April 19, 2019, a total of 186 pediatric deaths had been reported to CDC during the 2017-2018 season. This number exceeds the previously highest number of flu-associated deaths in children reported during a regular flu season (171 during the 2012-2013 season).

Most of those probably had severe health problems.

multiply that number by ten for unreported deaths or whatever and the mortality rate is still minuscule.

While relatively rare, some children die from flu each year. Since 2004-2005, flu-related deaths in children reported to CDC during regular flu seasons have ranged from 37 to 187 deaths. Even though the reported number of deaths during the 2017-2018 flu season was 187, CDC’s mathematical models that account for the underreporting of flu-related deaths in children estimate the actual number was closer to 600.
https://www.cdc.gov/flu/highrisk/children.htm
Last edited by Sivad on 28 Mar 2020 11:47, edited 1 time in total.
Socialism without freedom is fascism.

foxdemon wrote:I think you need to go a little easier on Sivad. It is clear his grip on reality is not that strong. We should all be concerned for his well being by this stage.

Sometimes I think some PoFo members are too kind. If some members' eccentricities don't lead to harm to anybody innocent around them we probably do not need to care.

These statements are utter stupidity

So what? They still don't die from "youngness".

Also, why are you quoting yourself? Please edit your post if you want to add something.
"Science is the belief in the ignorance of experts"
Richard Feynman

Kaiserschmarrn wrote:So what? They still don't die from "youngness".

They didn't die from youngness, they died from whatever severe chronic illness they were suffering from that weakened them to point that they couldn't survive an innocuous virus. Youngness isn't the same as oldness, oldness is a wornout body with broken down systems, it's a disease in itself.
Socialism without freedom is fascism.

Sivad wrote:They didn't die from youngness, they died from whatever severe chronic illness they were suffering from that weakened them to point that they couldn't survive an innocuous virus.

And so the virus killed them.

Sivad wrote:Youngness isn't the same as oldness, oldness is a wornout body with broken down systems, it's a disease in itself.

You talk some rubbish. Please stop.
"Science is the belief in the ignorance of experts"
Richard Feynman

Godstud wrote:@Sivad According to you all diseases infect 10 times as many people and there are 10 times more unreported cases.

These statements are utter stupidity

innocuous
[ ih-nok-yoo-uh s ]
adjective
not harmful or injurious; harmless: an innocuous home remedy.
not likely to irritate or offend; inoffensive; an innocuous remark.
not interesting, stimulating, or significant; pallid; insipid: an innocuous novel.

Bizarre argument to assume all Corona viruses are equal.

There is absolutely no reason to lump them together and assume all Corona viruses are relatively harmless.

Kaiserschmarrn wrote:And so the virus killed them.

you can say that but it's not accurate. That's not how a doctor would explain it in a medical report. I just read an article about how a lot of doctors were complaining about the cause of death forms they have to fill out because the forms require them to oversimplify. "the virus killed them" is what we say in everyday speech but it's medically incorrect.

In their medical reports they discuss immediate and intermediate(or underlying) causes of death. It's not straightforward and there's a big problem with doctors filling out the forms incorrectly.

Immediate cause of death:The final disease or injury causing the death.

Underlying cause of death: A disease or condition present before, and leading to, the intermediate or immediate cause of death. It can be present for years before the death.


You talk some rubbish. Please stop. 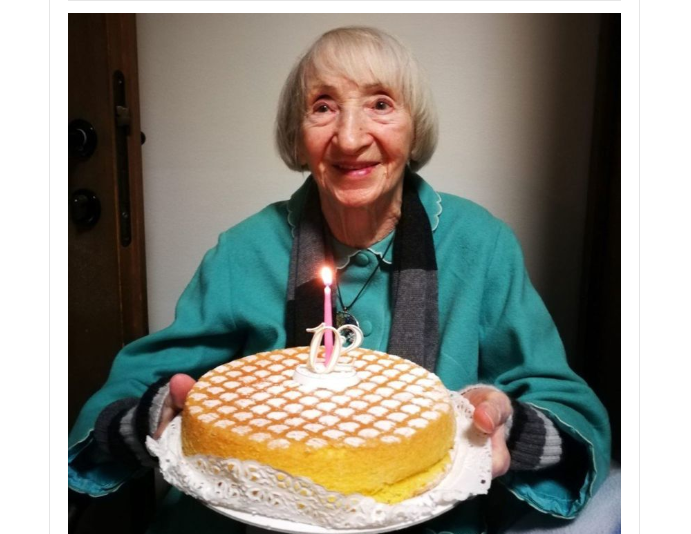 A 102-year-old woman has recovered from coronavirus in the northern Italian city of Genoa after spending more than 20 days in hospital, doctors who treated her and her nephew told CNN.

"We nicknamed her 'Highlander' – the immortal," said doctor Vera Sicbaldi, who treated Italica Grondona in the San Martino hospital in Genoa.
"Italica represents a hope for all the elderly facing this pandemic."
The average age of those who have tested positive for coronavirus and subsequently died in Italy is 78, according to the country's National Health Institute.

Grondona was hospitalized at the beginning of March for "mild heart failure," Sicbaldi told CNN.

"She only had some mild coronavirus symptoms, so we tested her and she was positive, but we did very little, she recovered on her own," Sicbaldi added.

Doctors say her case impressed them so much that they decided to study it deeper.

"We got serological samples, she is the first patient we know that might have gone through the ‘Spanish flu’ since she was born in 1917," Sicbaldi explained, referring to the 1918/1919 flu pandemic that killed at least 50 million people worldwide, according to Centers for Disease Control and Prevention.
Grondona left hospital on March 26 and is now in a care home. "I don’t know what her secret is, but I know she is a free and independent woman," her nephew Renato Villa Grondona told CNN.

Her only son died in the US decades ago. "But she loves life, dancing and music, she loves Freddy Mercury and Valentino Rossi," Villa Grondona said, referring to the multiple MotoGP World champion.

She is very happy that @Sivad is not in charge of deciding what should happen to the senior citizens.

The more I look into this Evergreen debacle, the m[…]

I trust science more than I trust US defence and f[…]

@Wellsy , to *function* in our temporal existenc[…]