Benito Mussolini said Fascism is a religion and a religious concept and I feel the spirit of Mussolini is revealing to me more about what the religion of Fascism looks like.

There is an electrifying Church of Benito Mussoliniology in heaven and purgatory that has a fascist catechism and Fascist magisterium that is completely compatible with Christianity.

Mussolini is a new creation who marched on heaven, God's Capitol, like he marched on Rome, demanding that perfect love, mercy, and justice ask Prime minister God to step down and letting Mussolini be Prime minister of Heaven for a time.

Mussolini was a street fighter and a sword duller which is rare for a politician, and in heaven he wields a sword from the Immaculate Heart of Mary, greater than the Sword of Michael the Ark Angel, and he sword duels with God.

He fights with the creator to restrain God's wrath from striking us. He fights to give us more grace and stop God from punishing us with wars, famine, and bloodthirsty leaders who slaughter the Saints.

Mussolini has entered a contest with God to see who is more merciful, God or Mussolini. Mussolini says " I would never burn people in hell for all eternity for the crime of not accepting Jesus as Lord and savior. Build a bridge and road from hell to purgatory so that souls who eventually change their minds can exit hell or at least bring Heaven to Hell. Let beautiful women visit the souls in hell and hold them and console them. Let hell be gas attacked with laughing gas and the fires of hell be extinguished, so that Hell be full of laughter and pain-free.

Mussolini challenges God to see who is more generous and merciful. Mussolini says he has better plans than God. Mussolini's plans are that everybody reach the first degree of beauty, power, glory, perfection, and euphoria! He wants everyone constantly euphoric, surprised, delighted, shocked, stunned, and amused and entertained. He wants no sadness, confusion, boredom, envy, or misery to afflict anyone. He wants all dreams to come true and people to be given healthy desires , and then all desires be satiated.

That would certainly be better than what we have now. . . .

Like
-  14 Jul 2020 11:12 #15107271
The only requirements to be a member of the Holy Roman Empire or church of Mussoliniology is to go to the library if you don't have a computer and google your favorite picture of Benito Mussolini and pay the 15 cents to print it out and then tape it to your wall. Or if you frame it, better yet.

Every person that has a photo or depiction of Mussolini on their wall or anywhere in their home , is a member of his heavenly Holy Roman Empire of the Rising Sun.

If 25% of the world eventually have pictures of Mussolini in their homes, then the sawdust Caesar has conquered a quarter of the world for his revived Roman Empire. 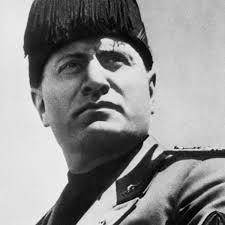 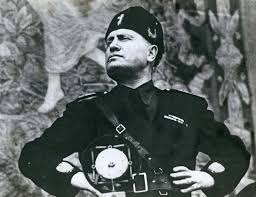 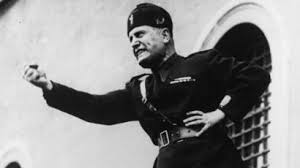 @ckaihatsu Israel was invited in during the[…]

The vaccination was always the predetermined solut[…]