Doug64 wrote:And a statement from the "survivor" that the Left and MSM(D) didn't want to "believe":

Former Senate staffer Tara Reade says watching the inauguration of President Biden has made for a “terribly painful” day.

Ms. Reade, who claims Mr. Biden used his fingers to sexually assault her in 1993 while he was still a senator, told Twitter followers that watching history unfold was surreal since she ideologically disagrees with former President Donald Trump.

“Today is yet again another difficult day for survivors of sexual violence,” Ms. Reade tweeted. “While I’m thankful Trump was defeated, the idea of the man who assaulted me as our president is still terribly painful. I will be sharing resources for survivors today for #Inauguration2021.”

Mr. Biden has consistently denied any wrongdoing. “They aren’t true,” Mr. Biden told MSNBC last May of the claims.

Regardless, Ms. Reade said she “will not be silenced. Instead of talking about saving the country’s soul, [Mr. Biden] should be held accountable for his actions.” 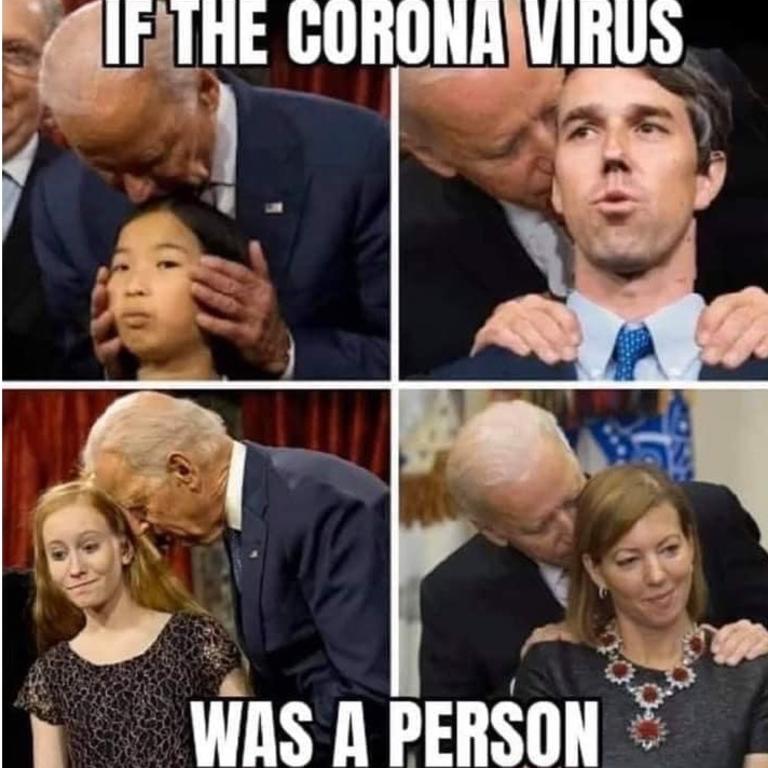 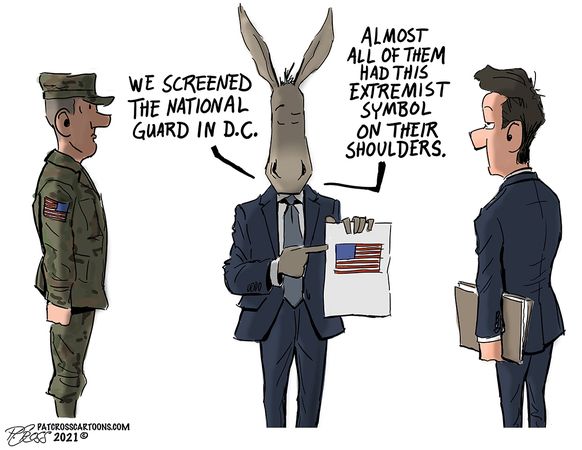 Article II, Section 1, Clause 3: "Each State shall appoint, in such Manner as the Legislature thereof may direct, a Number of Electors ..."

That does not mean that courts cannot find that election laws passed by the state legislatures are unconstitutional--it doesn't matter if a poll tax is passed by the state legislature, it's still banned by the 24th Amendment. But what courts and state officials cannot do is apply judicial/executive nullification to the election laws passed by legislatures. That's normally only the prerogative of juries and in this case not even that, though there's no real way to enforce it.

So, you actually got all of these looked at. You are simply upset because the courts decided that this horrible crime never happened.

I read one affidavit where one woman wanted results overturned because she was called a Karen.

You're wrong, not only is eyewitness testimony sometimes the only source of evidence, sometimes there is only one witness and a young witness at that. Though I've never sat on a jury, I have been one of the pool a number of times. One of those times I suspect the primary reason I was ultimately rejected was because of my difficulty in accepting the word of a single young witness to a crime without other corroborating evidence. I'm a big fan of the Law of Moses's requirement that "[y]ou must not convict anyone of a crime on the testimony of only one witness. The facts of the case must be established by the testimony of two or three witnesses." (Deuteronomy 19:15)

Amusing side note? The earliest example I know of off the top of my head of a criminal investigation is in the apocryphal additions to the Book of Daniel, the story of Susanna and the Elders.

Well, if any of these witnesses can find supporting testimony or evidence, the affidavits will be looked at. Most affidavits were rejected because of the fact that the only evidence was the testimony of the accuser.

And here's an interesting take on the question of Big Social Media's crusade against Conservatives:

Victimhood narrative.
There is a crack in everything,
That's how the light gets in...

Rancid wrote:The "we are the true patriots" shtick these people use is laughable.

I am salivating over the prospect of Trump creating that Patriot party that is ruminating around.
Either one of two things happens, either he just gets an infinitesimal portion of the republicans and fail miserably. This would be very fun indeed.
Or... he has some success and splits the republican party in half.
Either way I hope you guy buy the popcorn early as supermarkets will get their snacks shelves cleaned while we watch this unfold

Rancid wrote:@Saeko, when do you think Biden will declare Marital Law?

When the Trumptards least expect it.

Pence is thinking about 2024. He is a gentleman, an old fashion Republican.
Virtue is more to be feared than vice, because its excesses are not subject to the regulation of conscience.

Like
-  21 Jan 2021 18:43 #15151867
With the smell of tear gas still lingering in the corridors, Trump’s lawyer, Rudy Giuliani phoned newly elected Republican senator Tommy Tuberville and left a long message that managed not to mention any of the day’s drama but rather urged him to “slow down” the certification. Tuberville never got the message, though, because Giuliani had dialed the wrong senator. 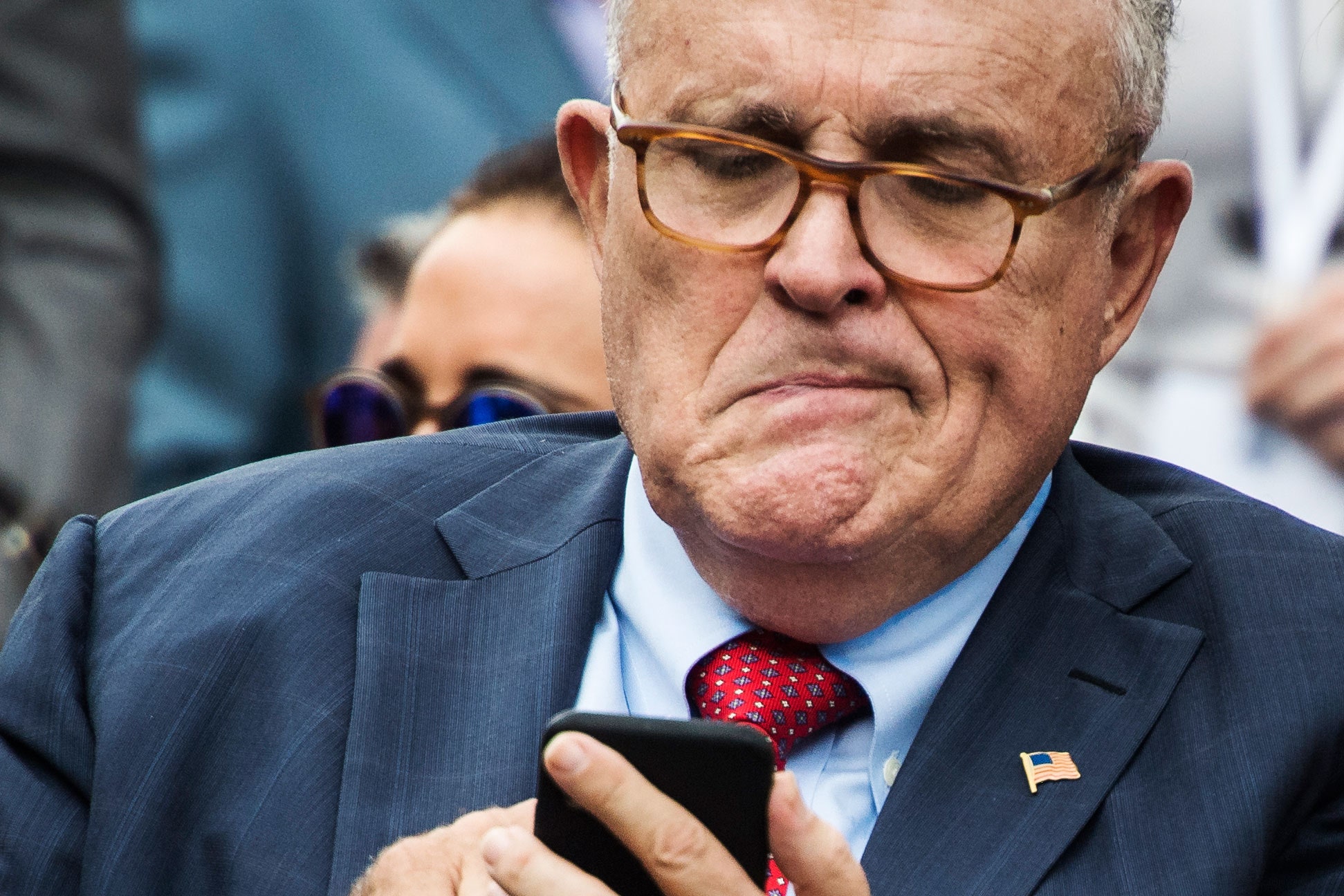 Julian658 wrote:He is a gentleman

I remember he was given a lot of shit by liberal types and the media when he said that he doesn't have dinner/lunch/whatever alone with any woman that isn't his wife or daughter (he said something like that). I remember a lot of the people I work with were also making fun of him for that at the lunch table. I was the loner that defended him on this one. Here's why I think Pence is right to have that approach with women, and why I think all men should do the same:

I've always maintained that same approach as Pence. I just never bothered to vocalize it with anyone. On a few occasions, female coworkers would stop by my cube and say "hey, let's get lunch." I would say sure, but then I would try hard to get at least 1,2 other people to join us (usually wasn't hard to get someone else to join us). Even another woman joining the lunch is fine. The point for me, is to not have lunch with just a woman and myself only.

It's not because I fear that I would or she would do something inappropriate. It's because of everyone else around us. People LOOOOOOVE to gossip, speculate, and just make shit up. I do this to avoid the drama that comes with such wild speculation. Here's a true example of what I mean. I like to take walks outside after lunch. A coworker (male) would often join me on these walks. We were walking and talking about random shit. In the distance, we see another coworker of ours walking with a female coworker of ours. IMMEDIATELY, this guy turns to me and say's "hey... look at them... I wonder if they are dating or something... Isn't he/she married? huuummm I wonder what they are up to..." This is why I avoid being alone with women in the office.

Pence is thinking about 2024. He is a gentleman, an old fashion Republican.

Oh for God's sake. He is neither.

He was a talk show host who called himself "Rush Limbaugh on decalf". He is a died in the wool neocon. NOT an old fashioned Republican. He is an acolyte of Newt Gingrich.

A gentleman? This is a man who defended the greatest liar and misogynist every to serve as president. He won't have lunch with a woman. For your information, you do not have to be a sexually repressed teenager to be a gentleman.
To believe in God is impossible not to believe in Him is absurd.

hey hey, nothing wrong with that....

it is impossible to do good without God. The Eut[…]

The point of middle-management is to get screwed b[…]