Now that you live in the suburbs, you will need something to fill your time... and your eyeballs... and your psyche.

Perhaps you could watch 7 hours of TV every day?

Our sponsors would really appreciate it if you did.

"Thank you for watching!"


The lumpenspectatoriat watched the screen, mouth and mind agape.

"Feed me the notions I need to manoeuvre my way around the world!" they silently screamed (via their silence).

And the screen happily complied, canned-laughing and sit-com smiling all the way to the bank - (which happened to be the screen's first cousin) 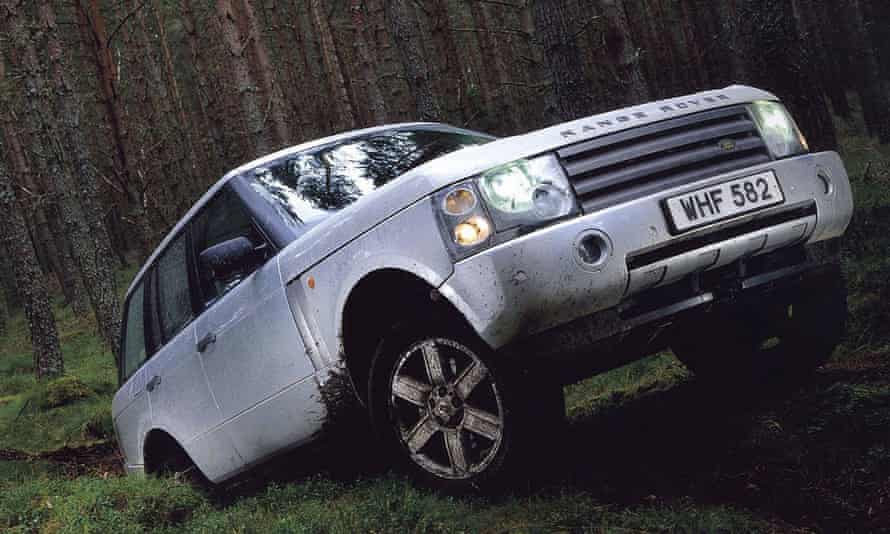 The stereotype of the Chelsea tractor, the derogatory term used to describe the tendency of the London middle classes to use 4x4 vehicles for the school run, is based on reality, according to new figures.

Promoted by carmakers and advertisers as a vehicle that takes you back to nature, new data shows that SUVs, which produce much greater CO2 emissions than most other cars, are most popular in affluent urban areas such as Kensington and Chelsea, Hammersmith and Fulham and Westminster....

The ads for SUVs usually make me feel like a pioneer, going on adventures into the great unknown, boldly and confidently because of the size and strength of my machinery and chemicals.

Via the SUV ad, I am able to feel like I could be "very alive" if only I had this mechanical companion by my side.

This feeling is all I've got.

chew on that, my friend

ness31 wrote:I don’t get your sig this time Zag...but, it feels unfair.

chew on that, my friend

What does "Zag" mean in this sentence?

And what is it about the sig that "feels unfair?"

But even now that I’m sober, I still don’t get it

ness31 wrote:I was drunk when I wrote that.

But even now that I’m sober, I still don’t get it

By watching screens, he is fooled (by screen-programmers) into behaving in unnatural ways that harm both him and his environment.

Please don't share what you have read with anyone young enough to "believe in" Santa Claus.

You’re equipped with an amazing machine capable of doing 200kms and hour, yet you must not exceed a rather un-naturally low speed limit for fear of a financial penalty. This forces one to concentrate more on the speedo - a clock of sorts - and its actually quite stressful.

Has been brought to you by... So it's the 70s, and from now on, kids grow up in boxes surrounded by lawns and hostas.

Cars and parking lots fill all the public spaces, everything is far away, so you watch a lot of TV.
It's like you have no control over it. You must watch TV or you feel like you are in a graveyard alone.

Some schools in the 70s paid for their new classroom TV sets by "simply showing the educational films produced by the corporate sponsors."

I sat through more than a few "automobile safety and kids" films (that were really car company propaganda for kids) while disapproving teachers fumed in the background about being forced to do show these films by money-hungry administrations.

John Stanton wrote:It is tempting to think that free-will exists. Unfortunately, it does not, particularly in America (tip of the hat to Baruch Spinoza writing in his Ethics).

Taste in music (rap, rock, pop, etc.), fashion and food; political orientation whether left, right or center; what sports team to support, or vehicle to drive, or television series to watch is all supplied by media/corporations to American brains that are as malleable as silly putty.

It is not just the corporations though. Republicans, Democrats, the US Military, interest groups, and lobbyists (collectively, the neoliberal order) all get their products/messages on the airwaves and into the minds of the American human herd. The “masters” would likely be happier automating/digitizing American citizens/slaves.

Silly Putty brains, that have been turned against intellectual thought and philosophy?

Reply
Return to “Signatures & Avatars”
18 May

Israel didn't "give" the gaza strip back[…]

US, Australia call for transparency on COVID-19 or[…]