What happened to Britain?

noir wrote:Many of the singles were trashy pop that were fine for the moment they hit the radio. What did you do with this dated "hits" after couple of months? Did you throw them or kept them like the LP's?

They just got stacked and forgotten. There's a fairly large market for them still with collectors, quite a few of them have survived.

Like 1
-  13 Apr 2018 14:00 #14905740
Welfare payments were cut by Thatcher and Blair so young people couldn't bum around for years whilst developing their sound, which led to everyone being a soundalike of Coldplay who in turn had borrowed their sound from Radiohead.

Harry Potter and James Bond are our biggest cultural exports today.
Teach a man to fish and he'll eat for a lifetime.
Give him a student loan and he'll be in your debt for decades.

Like 2
-  14 Apr 2018 21:59 #14906368
Thatcher happened. Between 1945-1979 we lived in the nation that Atlee and Bevan had built for the working class to live in. Thatcher knocked it down and moved us into a shack. We have had continuous centre right government every year since 1979 and it shows.
Some people are nobody's enemies but their own.

noemon wrote:Great Britain aside from being an Empire up until the 1960's, were a cultural Empire all the way down to the 2000's.

Cool Brittania was the place to be during the 90's and 00's. She was churning out everything that was cool in western pop culture, Massive Attack, Oasis, Prodigy, Guy Ritchie, Danny Boyle, Ridley Scott, Charlie Chaplin, London even managed to compete with Paris in fashion shows and Michelin restaurants during the 00's.

What do think was the recipe that brought out this cultural Golden Age which I would say peaked between the 60's-00's? And why did it run out of steam?

Under these cultural influences, the British music scene started to incorporate rap music, which resulted in the abomination known as 'Britrap'.

I believe these videos are self-explanatory for why there was no second period of 'CoolBrittania'.
Someone stole my sig.

Like
-  12 Feb 2021 02:10 #15156359
if You mean why the rock arena have shrank, ecstasy and rave took the game, music became 24/7 live gig performance and creative people burned their energy, then the confusion was toped by rap and after by trance, now brit indei revival is possible only if is invested but dont think that the scene is so dull maybe just not commercialized enough, tho like that is more precious just need more independent fests [1]

... maybe here and there more crossovers will save this decade ahead eg. with the classic genre or opera [1][1] hm after the covid paranoia maybe just covers of the past century hits will hold the hype, for new vibe there is need of active live scene and along any next economic stagflations this is less affordable ... tho recently the youtube clash&crush by many artists in long run can provide fast hangs and collaborations ... in the end funk experimenting should do the job ...

Like
-  12 Feb 2021 11:30 #15156419
"Bear in mind that the iPod only really took off in 2005. That seems like a massive threshold, doesn't it? We can barely believe it's only five or six years ago that that happened. With the emergence of MP3s, peer to peer, et cetera; the (virtual) end of CDs - that's a massive change in consumption and distribution of music that's happened over the last ten years. Yet, at the level of content of culture, rather than of the form in which we consume it, there's a massive deceleration.

Forms of music would emerge in the 90s that were sonically unimaginable only a short time before. Something like Jungle Drum n Bass, even a year or two before it actually emerged, you couldn't have conceived of anything like that, and when it actually emerged, it was a sudden eruption and a rush of the future coming in. There were a whole succession of these developments in the 90s. You struggle to find anything of that sort in the 21st Century.

The mainstream in popular music had been slowing down for some time, perhaps, but it was possible to ignore that. For instance, in the UK, we had the miserable spectacle of things like Britpop, in the 90s. You know, that pathetic attempt to pretend it was the 60 again, and all of that horror... that was going on in mainstream culture, but there was an alternative to it, which you could cling onto in the 90s. The problem in the last decade is that those places where you would go for an alternative to mainstream retrospection and kitsch have themselves become subject to entropy. It's not that nothing's happening in these zones, but it's happening in a much smaller way, and a much less dramatic way."

hm who to invest where, on top there is no more MTV promo alike to fuse the attention or is too fragmented ... nowadays in capitalist means huge investment is not feasible because the electro and rap scene diluted the public attention, so to labels now only attractive option are bands that push crossover styles, the same happened to the metal scene when the hardcore vibe overtook the masses, yet there is big space on behalf of ethno'rock scene so still the rock arena is not exhausted ... F&M has extra potential for nu'folk but drives more gothic or epic ... again even covers alike of modern hits will do the job [1][1]

The Second British Invasion consisted of music acts from the United Kingdom that became popular in the United States during the early-to-mid 1980s primarily due to the cable music channel MTV. The term derives from the similar British Invasion of the U.S. in the 1960s. These acts primarily brought with them synthpop and new wave styles of music to the American charts . . .
amazonzombie.com

You'll drip around from it wide and long
seeing the touch beneath her fingers ... 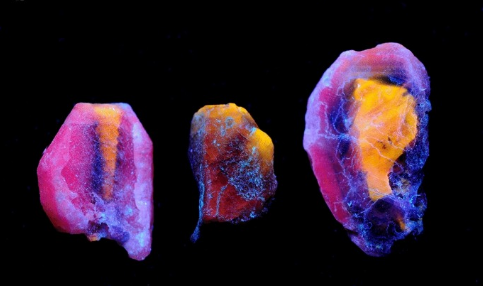 probably Reggae would make her sound more than heavy more like cherryness among trees and like that cheering many brixton hearts ... if not else, tho with potential to heal many other if its word for unique collaboration in philosophical or political connotation [2] I know politics sucks but PoFo rulz with inspiration ... normal with pastel compositing as visuals of some old footage of early past century city cycling [2] even her earlier tracks will sound promising cheerful vibe deepen in herbal cherry tea ...

Hackers from Anonymous said they had created fake[…]

World temperature was way hotter in the Cretaceous[…]

Most of the planet is warming, glaciers are melti[…]