Pragmatism was founded in the spirit of finding a scientific concept of truth, which is not dependent on either personal insight (or revelation) or reference to some metaphysical realm. The truth of a statement should be judged by the effect it has on our actions and truth should be seen as that which the whole of scientific enquiry will ultimately agree on(cf [11]). This should probably be seen as a guiding principle more than a definition of what it means for something to be true, though the details of how this principle should be interpreted have been subject to discussion since Pierce first conceived it. Like Rorty many seem convinced that Pragmatism holds that the truth of beliefs does not consist in their correspondence with reality, but in their usefulness and efficacy.[12]

The late 19th-century American philosophers Charles Peirce and William James were its co-founders, and it was later developed by John Dewey as instrumentalism. Since the usefulness of any belief at any time might be contingent on circumstance, Peirce and James conceptualised final truth as that which would be established only by the future, final settlement of all opinion.[13] Critics have accused pragmatism of falling victim to a simple fallacy: because something that is true proves useful, that usefulness is the basis for its truth.[14] Thinkers in the pragmatist tradition have included John Dewey, George Santayana,W.V.O. Quine and C.I. Lewis. Pragmatism has more recently been taken in new directions by Richard Rorty, John Lachs, Donald Davidson and Hilary Putnam.

I do what works, but this does not make it the "truth" merely that which has the best outcomes.


Heh? Does he mean CS Lewis?

Heh? Does he mean CS Lewis?

Like
-  15 Dec 2021 15:30 #15203034
I think it is too individualistic such that it loses sight of social aspects of human beings and their collaboration through cultural artefacts.

Further, Pragmatism, as an American doctrine, is tied to individual experience, and it is here that it parts company most decisively with Marxism, which understands practice above all as socially mediated activity. Even individual practice mobilises the entire available culture in even the simplest practical act, using the available tools, to ends provided by the culture, understood with language provded by the culture with senses trained by a life within society. No practice therefore is genuinely individual. The individualist character of Pragmatism leads to an unduly dismissive attitude to social constructs (ideas, ethics, language, productive forces), and supports a somewhat short-sighted and unprincipled rationale for practice: thus the meaning associated with Pragmatism in day-to-day language.
…
This is where Vygotsky’s Marxist (Cultural-Historical) Psychology and Alexei Leontyev’s Activity Theory depart form Pragmatism. The central thesis of Marxist psychology is that all activity is mediated, generally by artefacts such as words, money, tools, other people or organisations, etc.

That started to change, in the 1800s, with new ideas like Pragmatism. Which evolved, and is often called CAP now, Contemporary American Pragmatism.

I haven't looked at it in 40 years, so I am likely a bit behind the times. My go to book for this is Rorty, Consequences of Pragmatism.

"So far, however, my description of pragmatism has left an important distinction out of account. Within Philosophy, there has been a traditional difference of opinion about the Nature of Truth, a battle between (as Plato put it) the gods and the giants. On the one hand there have been Philosophers like Plato himself who were otherworldly, possessed of a larger hope. They urged that human beings were entitled to self-respect only because they had one foot beyond space and time. On the other hand – especially since Galileo showed how spatio-temporal events could be brought under the sort of elegant mathematical law which Plato suspected might hold only for another world – there have been philosophers (e.g., Hobbes, Marx) who insisted that space and time make up the only Reality there is, and that Truth is Correspondence to that Reality. In the nineteenth century, this opposition crystallised into one between “the transcendental philosophy” and “the empirical philosophy,” between the “Platonists” and the “positivists.” Such terms were, even then, hopelessly vague, but every intellectual knew roughly where he stood in relation to the two movements. To be on the transcendental side was to think that natural science was not the last word – that there was more Truth to be found. To be on the empirical side was to think that natural science – facts about how spatio-temporal things worked – was all the Truth there was. To side with Hegel or Green was to think that some normative sentences about rationality and goodness corresponded to something real, but invisible to natural science. To side with Comte or Mach was to think that such sentences either “reduced” to sentences about spatio-temporal events or were not subjects for serious reflection.

Pragmatism cuts across this transcendental/empirical distinction by questioning the common presupposition that there is an invidious distinction to be drawn between kinds of truths. For the pragmatist, true sentences are not true because they correspond to reality, and so there is no need to worry what sort of reality, if any, a given sentence corresponds to – no need to worry about what “makes” it true. (Just as there is no need to worry, once one has determined what one should do, whether there is something in Reality which makes that act the Right one to perform.) So the pragmatist sees no need to worry about whether Plato or Kant was right in thinking that something non-spatio-temporal made moral judgments true, nor about whether the absence of such a thing means that such judgments are is merely expressions of emotion” or “merely conventional” or “merely subjective. “

This insouciance brings down the scorn of both kinds of Philosophers upon the pragmatist. The Platonist sees the pragmatist as merely a fuzzy-minded sort of positivist. The positivist sees him as lending aid and comfort to Platonism by leveling down the distinction between Objective Truth – the sort of true sentence attained by “the scientific method” – and sentences which lack the precious “correspondence to reality” which only that method can induce. Both join in thinking the pragmatist is not really a philosopher, on the ground that he is not a Philosopher. The pragmatist tries to defend himself by saying that one can be a philosopher precisely by being anti-Philosophical, that the best way to make things hang together is to step back from the issues between Platonists and positivists, and thereby give up the presuppositions of Philosophy."

Pragmatism holds that the truth of beliefs does not consist in their correspondence with reality, but in their usefulness and efficacy.[12]

Are we still talking about Trump's coup here? 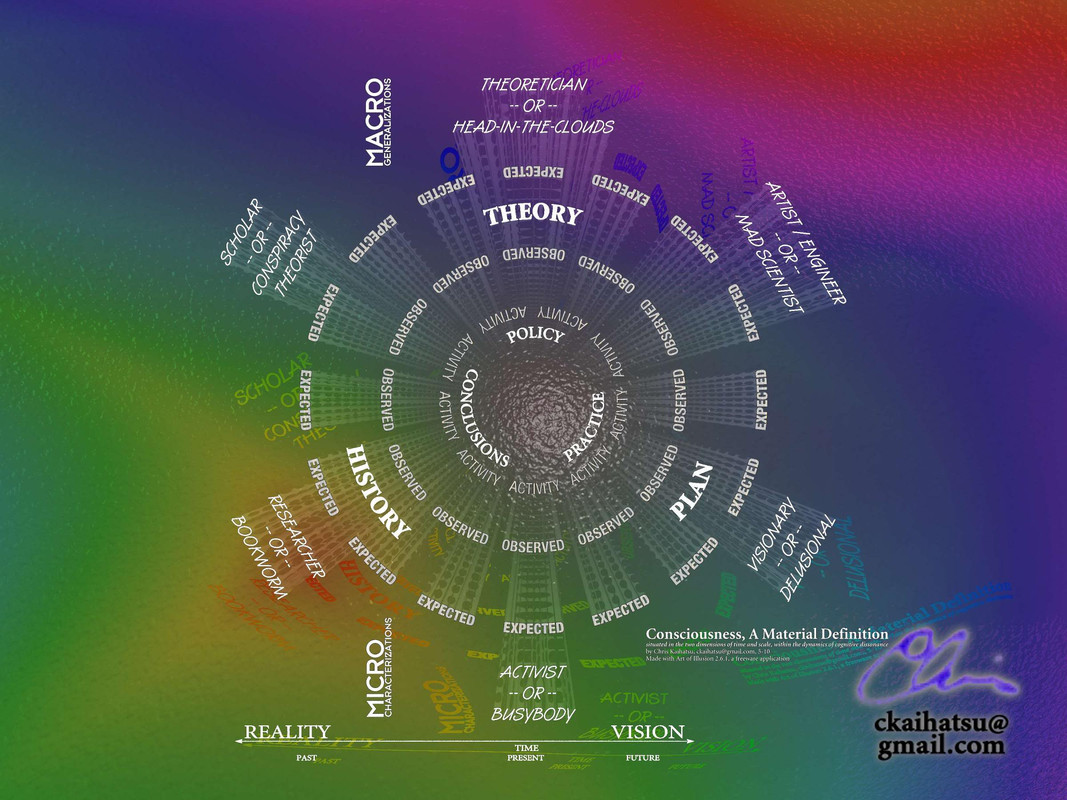 To be on the transcendental side was to think that natural science was not the last word – that there was more Truth to be found.

ckaihatsu wrote:
Or, as the rest of us call it -- 'science'.

Better yet, hop the link and read that section.
Facts have a well known liberal bias

Better yet, hop the link and read that section.

Got my trusty diagrams for this kind of thing, thanks. 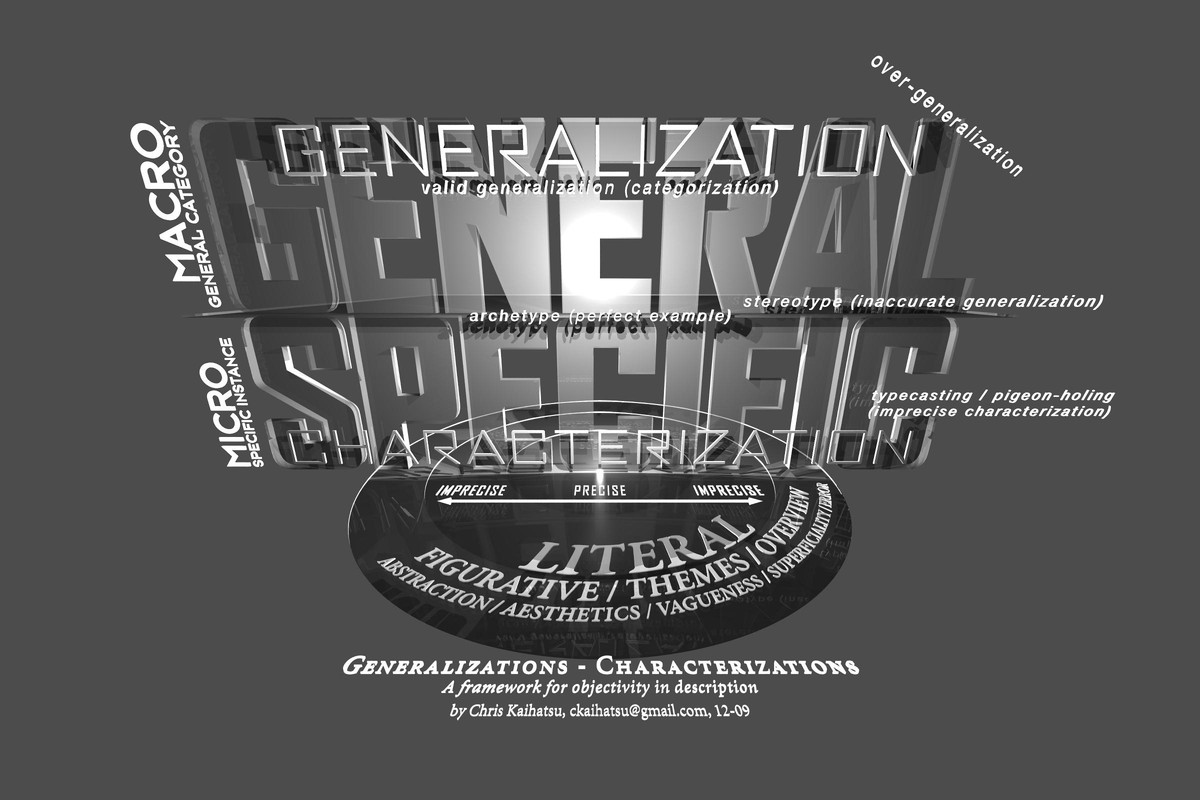 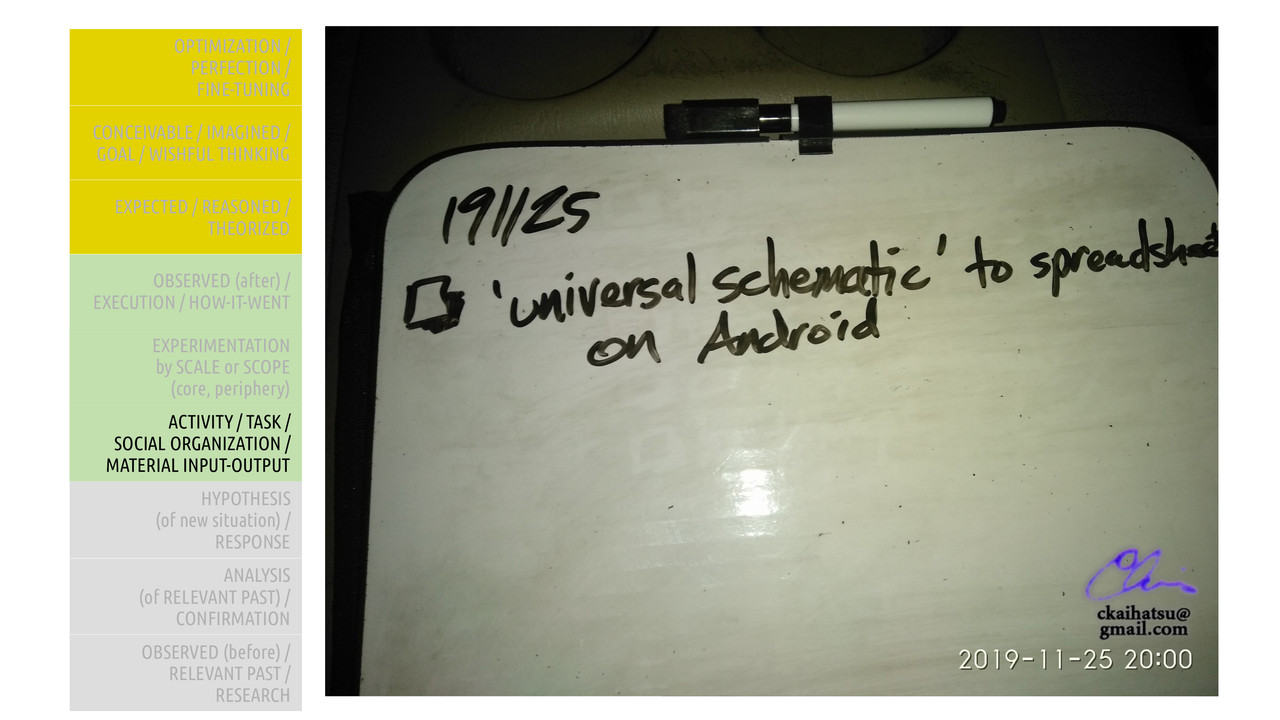 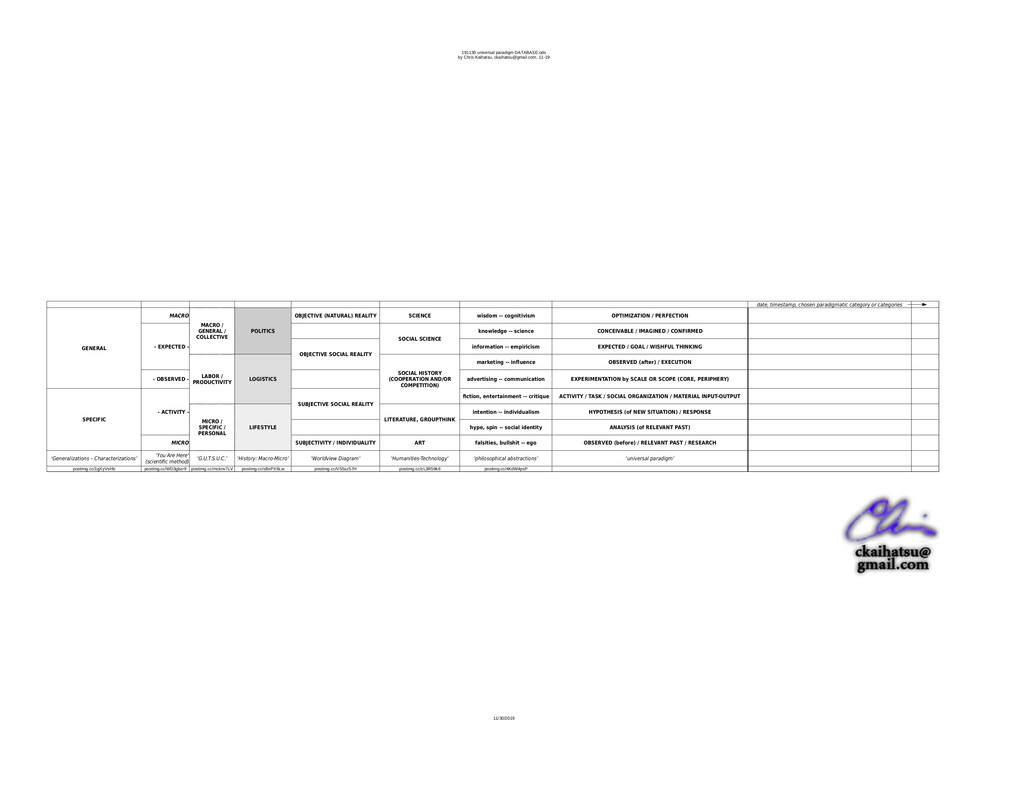 Got my trusty diagrams for this kind of thing, thanks.

But the idea that your diagrams are gonna help, yeah, that made me smile.
Facts have a well known liberal bias

But the idea that your diagrams are gonna help, yeah, that made me smile.

Let me put it *this* way -- for any given application of dialectics there are *two* quantities, or components, involved, correct -- ?

Many real-world situations aren't just a timeline linear calculation of one historical era running into the next one, but actually involve *more* factors, in parallel. (See the 'Consciousness: A Material Definition' diagram in this thread.) One could presumably use several *pairings* of dialectical calculations, in different groupings, over all of the social / historical factors involved -- but that's just one tool in the toolbox.

Why not have a whole *framework* that introduces all of the factors / components at-once, for whatever examination is necessary. That's the point of the diagrams. Here's another:

Reply
Return to “The Agora (philosophy)”
18 May

May 18, Wednesday Again, circumstances at Spot[…]

@Pants-of-dog so the US should emulate what Ala[…]

Oh it was Russia alright, remember the little gree[…]