I assert that the 1% would be fools to not instruct their lackeys in Congress to pass a temp. UBI. - Page 2 - Politics Forum.org | PoFo

I assert that the 1% would be fools to not instruct their lackeys in Congress to pass a temp. UBI.

"It's the economy, stupid!"

Steve_American wrote:I saw a report yesterday that Congress is now talking about more stimulus checks because of gas prices.

Lets see if any Repuds support it.

Temperature has fallen since 2016 and is now close to the average for the last 30 years:

What conceivable evidence would convince you that you are wrong?


Methane has almost no effect on temperature. Nothing burger.

So you can offer nothing but another load of irrelevant alarmist silliness. Thought not.

You can clearly see that the temp has risen for the last 30 years, since 1990. It has risen a lot. This means that it is meaningless to average the temps from the early years into the later years. However, if we do it anyway, we get => the average is about 0.67 deg.C above pre-ind, temps and the low point in 2018 was about 0.82 deg.C higher. So, it is not close to the 30 year average.

Also, TtP just asserts that Methane has no effect on temps. No, evidence or argument or link to a source.
. . . He has also argued that CO2 also has no effect on temps, and a few of us here proved he was wrong about this a while back.
.
Last edited by Steve_American on 27 Mar 2022 03:15, edited 1 time in total.

Steve_American wrote:Lurkers, TtP is just wrong when he asserts that CO2 has never driven or caused heating of the world in the past.

No, I am correct.

For example, the worst mass extinction, the End Permian Mass Extinction is thought to have been caused by CO2 being released by a massive volcanic eruption that created the Siberian Traps.

It was the poisonous sulfur dioxide -- which rain turns into sulfuric acid -- and ash causing a global freeze that caused the mass extinction, not CO2.

. . . Also, the earth has been a "snow ball" more than once. When it is white ice and snow over most of its area, it reflects a lot of the suns energy, just like the arctic ice does today. It is thought, and evidence supports this, that over a few to many millions of years the CO2 released by volcanoes was not being absorbed by the frozen oceans. So, CO2 built up in the air until this made the air hot enough to melt the ice.

No, no such thing ever happened. It's just a false theory concocted to lend credence to the CO2-controls-climate meme.

Then, all the CO2 in the air is rapidly washed out of the air when it starts to rain again.

No, that is absurd. Rain does not wash CO2 out of the air.

This can be seen in the rocks after the snow ball earth ends. In one case, a 200 ft. cliff of solid limestone with not 1 shell or even worm track fossil is where the calcium carbonate precipitated out of the water like snow in air.

I provided the source showing temperature has fallen since 2016.

You can clearly see that the temp has risen for the last 30 years, since 1990.

It has risen a lot.

You mean temps for the Little Ice Age, the coldest 500-year period in the last 10,000 years. It's deceitful to call that "pre-industrial."

I posted the source showing that it is.

Also, TtP just asserts that Methane has no effect on temps.

No I don't. You simply made that up.

No, evidence or argument or link to a source.

Which would be pointless, as my citation of the source on temperature shows.

No I haven't. You simply made that up.

and a few of us here proved he was wrong about this a while back.

No you didn't, because I never made any such claim.

Now, we will see if my prediction comes to pass.

It may happen by October, but likely by next October.

My prediction is civil violence on a wide scale. Likely a very wide scale.

It is just a prediction, as it would be a mistake on several levels. Especially, on the can we win the fight to avoid 2.5 deg. C higher temps.
.


1 Day prison per person costs minimum 250$. UBI would be cheaper.

Rancid wrote:I think we should give UBI only to the top 1%. They can trickle down the benefits.

So, no change, then?

Truth To Power wrote:So, no change, then?

Welfare for the rich is the moral thing to do.

However, when it comes to helping Americans to survive this period of inflation, it is felt that this must be paid for. Or that this will make the inflation worse.

Americans, the Gov. in the last 2 years could give us money in the form of checks and/or additional unemployment money, why can't it give us money for this inflation?

That spending didn't cause this inflation, the shortages and other things did. The Gov. is going to spend to replace the equipment it is giving to Ukraine, why is nobody talking about this causing inflation?

Steve_American wrote:If the 1% want to see civil unrest in the US and all other advanced nations, then they should not pass a temporary UBI.

Why? Because there is a war on, and this is causing inflation, especially in gas and food prices. Nothing causes more distress than rising food and gas price. IMO, the people are not going to sit on their ass and let the war make them unable to afford a place to live after they eat and buy gas to get to work.

This war is going to destabilize many nations, certainly the US.

The easiest way to avoid this result is to let prices rise but pay for them with a UBI. In WWII the US used rationing and wage and price controls. That is more complicated.
.

Sounds very scary. Almost like a threat if they aren't given free shit again. Should I be concerned? 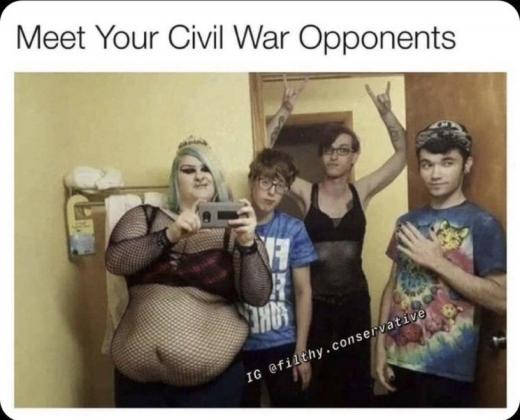 Who ever wins, the 1% lose profits and capital. Capital being apt. buildings and oil refineries, etc.

All I'll tell you is we're a little better than average for our county, have no debt, all take home is gravy, and we live in Loudoun County, VA (Dulles).

A free money trial is underway in Chicago. Expect an obvious failure to be touted as a huge success. More than 90,000 Chicagoans applied to be part of the city’s study that will test whether a universal basic income could reduce poverty in the city in the first 24 hours after applications opened, Mayor Lori Lightfoot said Wednesday.

Lightfoot said that makes it clear that the demand for help in Chicago will far exceed the city’s capacity. “People in this city are hurting badly,” Lightfoot said. “This is an emergency.”

To be eligible for the cash assistance program, participants must live in Chicago, be older than 18, have experienced “hardship to due to COVID-19” and live in a household that earns no more than 250% of the federal poverty level, or $69,375 for a family of four, officials announced.

Of course it will.

Take 5,000 of the neediest people and give them $500 in free money every month for a year, and of course their lives will be better.

- The money isn't free. It comes from taxpayers.
- The programs do not scale and never will.
- Government Idiocy is infinite, taxpayer money isn't.

The Census Department says 17.3% of Chicago lives in poverty.

The Lightfoot proposal extends to 250% of the poverty level. I will take a stab that's about half the city.

Who is going to pay for that?

Meanwhile, Lightfoot brilliantly allocated $31.5 million for her trial program. And that trial will no doubt be labeled a success because idiocy easily scales.

In reality, government Idiocy has no bounds, but allegedly "free" taxpayer money does.

- The money isn't free. It comes from taxpayers.
- The programs do not scale and never will.
- Government Idiocy is infinite, taxpayer money isn't.

A real UBI would be funded by the Federal/national gov.
Because the Federal Gov. issues the currency, it can borrow all it wants to borrow. That is, with deficit spending.
Therefore, the taxpayers are not involved.
OTOH, this is not to say deficit spending can be limitless. It is constrained by the start of inflation. This is demand push inflation, not cost pull or greed pull inflation, like we have now.

Also, MMTers assert that their nationally funded but locally administrated Job Guarantee Program that pays its workers a "socially inclusive wage" is better than a UBI, because it gives more cash to only those who spend time earning it by doing socially useful work (as determined by the local gov.).
.

White 'Americans' are the new Palestinians it see[…]

Let me know another example when a perfectly heal[…]