The withdrawal from Afghanistan was a failure, yes. Slow to react, bad intel and a comical belief that the enormous resources invested over two decades could not have been squandered so badly. But they had. The Afghan government collapsed with such speed that it cemented the fact that the United States had completely failed in its objectives with casualties in the thousands.

I could go on. 2'448 US servicemen, 3'846 US contractors, 66'000 Afghan soldiers and police officers, 50'000-100'000 Afghan civilians. But you focus solely on the last casualties when the true culprits that are responsible for all these deaths were in power when it started and belonged to the Republican party.

No one has been held accountable for the catastrophic Afghanistan withdrawal

Who’s to blame for Afghanistan’s tragedy? Everyone.

The US government, it seemed, had failed to anticipate how quickly the Taliban would overthrow the Afghan government and the undoing of the little progress made during two decades of America’s war. “At minimum, the administration should have started looking around and saying, ‘Well, who’s responsible for this?’” said Bruce Riedel, a former CIA official who had advised four US presidents. “Is it Jake [Sullivan, the national security adviser]? Is it the secretary of defense? Who was responsible for this mess? And yet there was no accountability at all. That produces a culture in which poor ideas are allowed to circulate.”

Now, a year to the day after the fall of the US-backed government in Afghanistan, it’s unclear who, if anyone, has been held accountable.

There was a bureaucratic failure and a strategic failure. Trump had pledged to draw down US forces to zero in Afghanistan, with a May 1, 2021, timeline, but his team had not created a plan for it. As president, he had hollowed out the State Department and left Biden to rebuild the visa program.

But Biden’s team had eight months in office to plot a responsible drawdown. (In April 2021, Biden said the US wouldn’t meet the May deadline, but committed to having all troops out by September 11.)

“Probably the worst thing he said was when he basically blamed it all on Trump,” noted Ryan Crocker, a career ambassador who served twice in Afghanistan. “For the sitting president of the United States to say, ‘Well, it’s all the fault of my predecessor, he forced my hand,’ is not the kind of leadership you want.”

Presidents Bush, Obama, and Trump missed opportunities to end the war, as the narrow, time-bound policing action to target al-Qaeda and the Taliban after 9/11 became the giant ideological struggle of the war on terrorism.

“In retrospect, I think we really lacked a sound Afghanistan policy for years,” James Warlick, a retired ambassador who worked as deputy special representative for Afghanistan and Pakistan from 2012 to 2013, told me. “We realized that our efforts at nation-building couldn’t be successful, at least for years and years to come, and we weren’t prepared to engage with the kind of forces to ensure a military victory, if that was even possible.”

“Afghanistan didn’t fail because of one or two tactical events. It was the overall strategy that was faulty,” said Vali Nasr, a professor at Johns Hopkins School of Advanced International Studies who advised the State Department’s special representative for Afghanistan and Pakistan from 2009 and 2011. “So both Republicans and Democrats, Bush and Hillary Clinton, they’re responsible — as well as everybody in the American establishment and American media, for making the war on terror and the fight against the Taliban into this existential thing that it was.

“Without deviation from the norm, progress is not possible.”
― Frank Zappa

Like 2
-  17 Aug 2022 00:35 #15243270
The invasion of Afghanistan was a farce perpetrated over multiple administrations. We built nothing there and accomplished nothing there except bloated military spending and pointless deaths of Afghani civilians and Americans. Anyone acting surprised about this is an absolute moron.

Also lmfao @ the people acting shocked that we didn't go back there to pick up every Humvee and multimillion dollar war machine that was so efficiently and judiciously used in a cost effective manner to do the great work of nation building a government that lasted all of a month without us. Let those Abrams tanks serve as a monument to the real accomplishment of the war: temporarily constructing Burger Kings and KFCs in a war zone so we can pay exorbitant transport and franchising fees to corporations using our insanely bloated military budget.

All that shit was written off the second it was deployed and rendered inoperable as we left. Which is what the US Armed Forces do because they are the world's biggest moneysink meant to siphon off trillions of dollars of American wealth to military contractors and corporate interests. If you are genuinely QQing over the abandonment of death machines used against insurgents armed with Soviet era weaponry and AK-47s, again to accomplish nothing aside from killing Americans and terrorizing Afghanis over 20 years, then you are a fucked up weirdo.
WRITER 4 HIRE
WILL DO RACISM FOR BEER, CASH
HELP A PATRIOT OUT

Like 1
-  17 Aug 2022 06:34 #15243292
Just imagine the last helicopter leaving Saigon photo. But instead of US installed government officials being left behind by US forces as they gave up on French Indochina, it's a dude who is actually a Blackwater operative serving French Freedom Fries at a Forward Operating Base lowering a Burger King flag and raising a McDonald's flag over the burning wreckage of a US Military base as a prelude to the propaganda of the Franchise Wars that are hinted at in Demolition Man.

This is what we fought for for over 20 years in Afghanistan. Do you know why Taco Bell refused to support the war? Because they could see how the winds were blowing. And that is why they will win the Franchise Wars.

We simply need to accept the fact that there is no reason to spend 20X more on our military budget than the next 20 countries behind us so that we can keep losing wars. We could spend that on American citizens, but rightwingers in this thread will insist we need to keep dropping napalm and experimental knife bombs on random citizens of other countries because if we don't it will be the tacit acceptance of homosexuality. Which I think is their imagined problem, and a much cheaper one to deal with if we call them out for being the sex weirds they are.
WRITER 4 HIRE
WILL DO RACISM FOR BEER, CASH
HELP A PATRIOT OUT

Literally whitewashed. They didn't just paint over him, they whitewashed him, delibrately. Painted the white Taliban flag directly over his image to erase him.

They probably didn't even know who the fuck he was, lol. America should stop exporting woke SJW ideology, everyone else laughs at you.

This is so fucking stupid lmfao.

Yeah, the problem was that our bombing of Afghai civilians was too woke. And the real crime of it is that you can't enjoy superhero movies as much.

America invades a country for 20 years and terrorizes their citizenry, but colliric is most concerned about maybe someday a woman with green hair might not like it when he negs her. Haha. But keep in mind, just like Afghanistan, that lady will be the real bitch for resisting.

On a level, I don't disagree with your sentiment. I just don't understand how you consume this much rightwing media to point where you're unable to understand anything at all even when you do accidentally bump into something right.
WRITER 4 HIRE
WILL DO RACISM FOR BEER, CASH
HELP A PATRIOT OUT 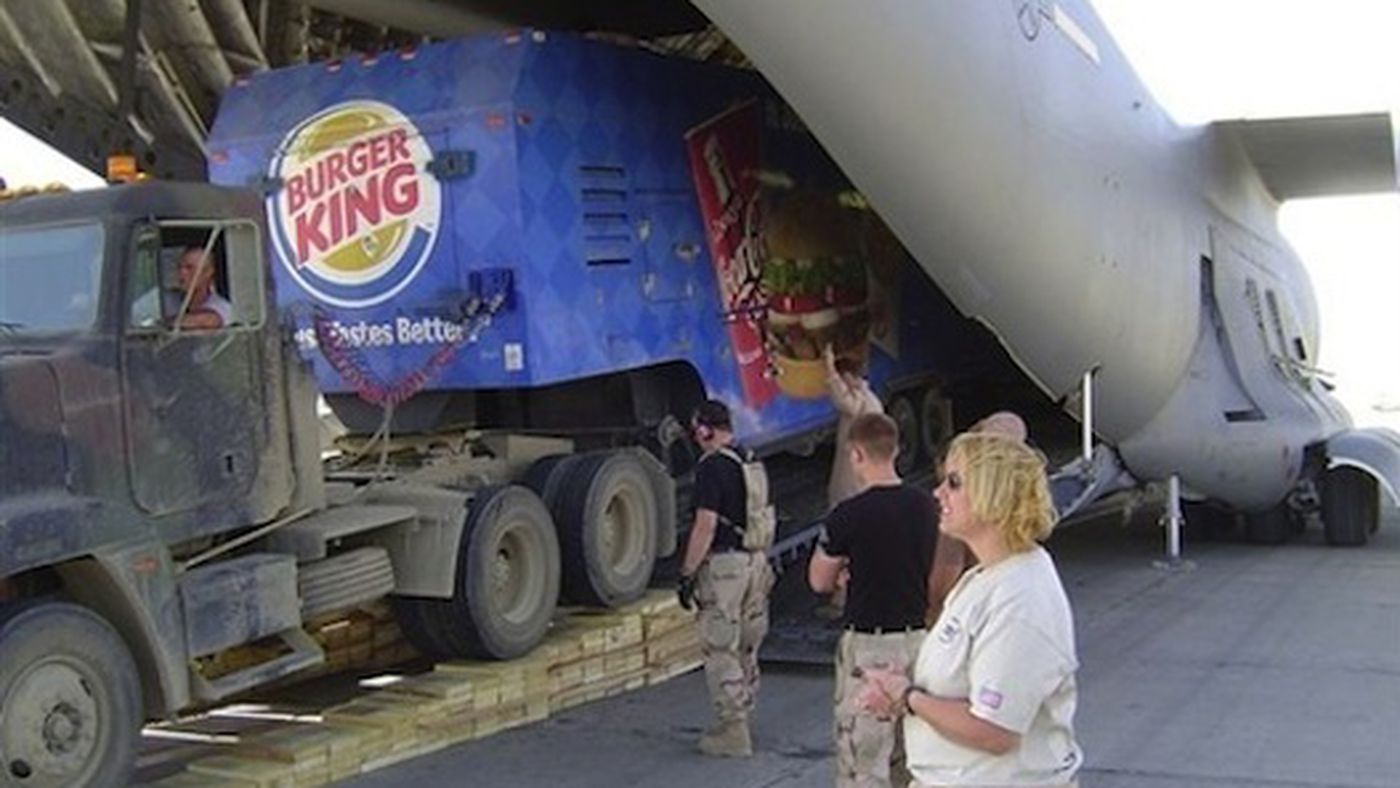 Please, a moment of silence while we pay respects to our fallen Burger King franchisees. Many men died to bring Whopper Value Meals to the Afghani frontier. And although the savage Afghani rejected the taste of fresh grilled freedom, served your way every day on a delicious sesame seed bun, please support our troops by buying Black Rifle Coffee and entering the pod cast discount code from your favorite content creators at check out!

Enter DanBonginoSummer40 at checkout and save today!

Euro countries need to stop the exit of russians f[…]