Like
-  29 Nov 2022 19:13 #15257241
Club 17 is the name sometimes given to the music stars who died at the age of 27. They include Janis Joplin, from heroin abuse; Jimi Hendrix, reportedly of alcohol and tranquilizers; Jim Morrison, allegedly of a heroin overdose; Kurt Cobain, suicide by shotgun; and Amy Winehouse, alcohol poisoning.

The brain’s frontal lobe, responsible for logical thinking, is not fully developed until about the age of 25, which means that younger people are more prone to risk-taking behavior. Thus, it would seem counterintuitive to think that a mature brain would contribute to substance abuse or mental problems.

But a clue to the contrary may be found in this account by Mental Health Daily: “The brain’s reward system tends to reach a high level of activation during puberty, then gradually drifts back to normal activation when a person reaches roughly the age of 25.”

My theory is that absent that “high level of activation,” the person at brain maturity might feel a sense of stagnation and get less of a high from the emotional drives that propelled the youthful brain. Thus, a person who already has a substance abuse problem might double down on their use of alcohol or other drugs in an attempt to recapture the excitement of the young risk-taking brain. And the deficit of emotional highs may have contributed to Kurt Cobain’s depression.

Of course, one should never discount personal responsibility. If you pursue a life of immediate gratification, there may be a deadly price to pay. 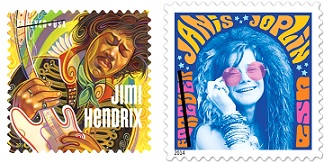 Like
-  29 Nov 2022 23:12 #15257252
So they died chasing the dragon high of their youth? Who knows? Unfortunately they all still ended up dead.
The real problem of humanity is that we have Palaeolithic emotions, medieval institutions and godlike technology - Edward Wilson

Why wouldn't the scenarios be comparable? Are yo[…]

Puerto Rico and the island colonies of the U.S. a[…]

For the British it's hard to see and treat even t[…]

There should be military retaliation against Chin[…]